Assemblyman Paul Moriarty, (D-4), has followed through with his promise to fight charges that he drove while intoxicated in July.

The former Washington Township mayor filed 27 criminal complaints against the officer, Patrolman Joseph DiBuonaventura, who arrested the lawmaker on charges that he drove while under the influence.

Among the accusations the assemblyman accused DiBuonaventura of are official misconduct, filing false police reports, perjury and tampering with public records.

Moriarty was arrested on July 31 and charged with failing to maintain his lane, refusing the breath test and DUI.

The lawmaker issued a statement soon after his arrest denying that he drove under the influence, saying “My attorney intends to vigorously defend these allegations, which may include filing charges with Washington Township Police Department’s Internal Affairs.” 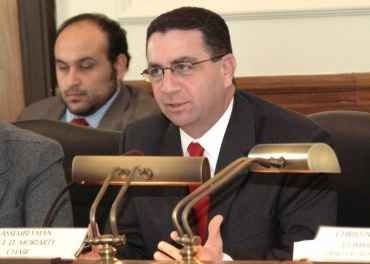