Special Ops OPSEC, one of the anti-Obama political action committees formed by ex-Navy SEALs that have been attacking President Barack Obama for inappropriately politicizing the killing of Osama bin Laden has released a new ad slamming the White House’s response to the attacks on the U.S. Consulate in Benghazi, Libya last month. The Obama administration has faced harsh criticism for allegedly ignoring security warnings ahead of the attacks and offering confusing, evolving explanations for the incident, which left four people dead including U.S. Ambassador to Libya J. Christopher Stevens and two former Navy SEALs who were working as security contractors protecting diplomatic personnel. The ad specifically targets comments the president made referring to the Benghazi attack and other recent unrest in the Middle East as “bumps in the road.”

“President Obama wanted credit after our military killed Bin Laden. Highly classified secrets were leaked endangering real heroes and their families, but when terrorists kill SEALs and diplomats in Libya, this administration doesn’t tell the truth about what happened and the president says it’s just a bump in the road,” OPSEC president and former SEAL Scott Taylor says in the ad. “There is nothing acceptable about playing politics with national security and American lives. Aren’t some things more important than politics?”

According to an email sent out by Special Ops OPSEC, the ad will start airing in Virginia today. The group is seeking contributions to help put it on the air in other swing states.

“We need your help to keep it on the air expand it to other critical 2012 battleground states,” Mr. Taylor wrote in the email message.

Watch the Special Ops OPSEC ad, which is entitled “Bump in the Road,” below. 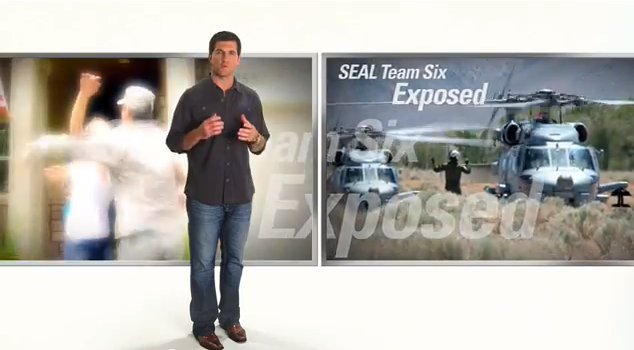