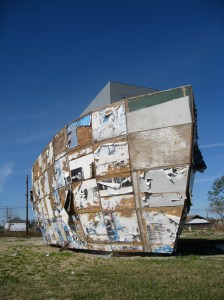 Those planning to make a trip down to New Orleans for the long-awaited third edition of the Prospect biennial, founded by former New Museum curator Dan Cameron, can now book their tickets. Organizers announced today that it will open with a vernissage on Oct. 23 and 24, 2014, and run through Jan. 25, 2015.

Prospect also announced that it has tapped an executive director to handle the administrative end of the biennial, Brooke Davis Anderson. She was deputy director of curatorial planning at the Los Angeles County Museum of Art from 2010 to 2012. The biennial’s artistic director, Franklin Sirmans, also hails from LACMA, where he is currently curator of contemporary art.

Some more good news: the news release from Prospect is continuing to bill its exhibition as a biennial, even though financial problems in the past pretty much turned it into a triennial (Prospect 1 came in 2008 and Prospect 2 arrived in 2011). So New Orleans just may see a Prospect 4 in 2016. Here’s hoping.