“I’m in a cavernous conference room. So if I sound like God, it’s because that’s what my voice actually sounds like,” NewsCred founder Shafqat Islam told Betabeat over the phone from the company’s new Flatiron headquarters last week.

Mr. Islam’s company, which licenses and distributes content to publishers (like Conde Nast, Business Insider, Forbes, and the Chicago Tribune) and brands (like Pepsi and Johnson & Johnson), was one of the inaugural startups to have a permanent home in General Assembly, along with now familiar names from Startupland, like SeatGeek, Yipit, and Art.sy. “We sat right next to Fashism, they used to do fashion shoots in the office right next to us,” he said.

Last fall, NewsCred doubled its office space after graduating from GA, and then recently tripled space again to accomodate its growth spurt, but after the company’s most recent development, they may soon be packing up again. Yesterday, NewsCred announced the acquisition of Daylife, a pioneer in the same space that focuses on publishing tools like photo galleries, polls, and timelines–a nice complement to NewsCred’s emphasis on licensed content.

To find examples of NewsCred’s work for publishers, you can check out the New York Daily News‘ “Desi” vertical, targeted to the lucrative and underserved demographic of South Asian readers. For a monthly fee, NewsCred packages the content and designed, built, and hosts that section for the paper, splitting revenue with providers. The company uses licensed content from Indian newspapers, cricket content from the Telegraph and the Guardian, and political articles on India-U.S. relations from newswires.

In fact, NewsCred found itself so well-positioned in the growing market for content partly because of a pivot towards licensing. The company used to “aggregate RSS feeds” for publishers and brands seeking content, but, two years ago Mr. Islam said, “We realized very quickly that headlines and excerpts don’t create a tremednous amount of value. Premium content wins longterm and we were fortunate that we pivoted and did all of that licensing.” NewsCred currently licenses from 1,000 different sources. “We have four people who  just do licensing all day, it’s a very painful experience,” he admitted.

For its work with brands, check out Pepsi.com, powered by NewsCred, which curates articles on music, pop culture, and entertainment, said Mr. Islam, pointing to a Los Angeles Times article on dub step, which we saw on the top left of the site.

“When we started we thought most of our customers would be news publishers, but then the entire movement of brands becoming publishers really propelled the company forward and accelerated growth,” he said.

The biggest competition, he said, now comes from brands wanting to write the content themselves or getting custom content. For the latter, NewsCred sometimes partners with Contently, another New York City startup, which he said is a nice mix with NewsCreds’ “real journalism from high quality publications. It’s credible, it adds authenticity.”

“If you asked me five years ago, I would have said you’re absolutely crazy,” Mr. Islam remarked of the acquisition, which gives NewsCred better access to Daylife clients like The History Channel, GE, and ESPN. “When we stared they were huge and we used to think, ‘One day we’re gonna be as big as Daylife!'”

He stressed that this was not an acqui-hire. NewsCred will be using Daylife’s technology like its Smart Gallery tool (“Everyone knows slideshows work really well on the web!” he said.) But AllThingsD wasn’t so sure, pointing out that all eight of Daylife’s employees are joining NewsCred’s team of 65 employees.

NewsCred would not disclose the price of the acquisition. “We’re still really well capitalized,” Mr. Islam said. Last November, the company raised a $4 million Series A round led by First Mark, along with with Lerer Ventures, AOL Ventures and Advancit Capital.

Mr. Islam likened NewsCred–as well as his fellow General Assembly alums–to a new class of companies for New York’s tech scene. “It’s kind of what I consider the next generation of NYC startups,” he said. “First generation is Etsy and Foursquare. We’re part of what’s next.”

Nice view, if you can get it. 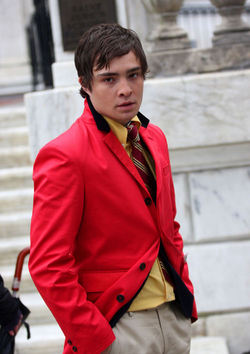