Square footage was the first thing on our minds when we walked into REBNY’s Residential Deal of the Year Awards. The Metropolitan Pavilion space was so cavernous that despite a sizable crowd of brokers chatting over cocktails it still felt oddly empty, with a cold draft drifting in from the entrance. Nor did the flickering candles grouped on the tables contribute much warmth or intimacy, but we appreciated the gesture—a nice reminder that we were among those who sold residential real estate for a living.

Shivering, The Observer walked into the scrum of darkly-clad revelers and found ourselves standing next to Halstead president Diane Ramirez. She planted a kiss in the air some ten inches to the left of our cheek and encouraged us to buy raffle tickets in support of REBNY’s “residential member in need fund.” The charity was the real point of the evening, she told us, gentling nudging us toward the table before flitting off.

The anemic crowd at the raffle ticket table, however, suggested otherwise. The bar, on the other hand, was packed. Feeling somewhat thirsty ourselves, we plucked a cosmopolitan from a passing tray.

A diamond broach glinting in the low light caught our eye. It belonged, of course, to real estate doyenne Sharon Baum, the winner of the 2011 Henry Forster Award for Lifetime Achievement. Ms. Baum informed us that she would be presenting this year’s Henry Forster Award.

And did she know who the winner was? Or would she only find out after opening a sealed envelope, Oscar style?

She did not know. Or maybe she was just keeping mum. Confidentiality agreement?

The Observer was eager to mingle more, but soon the lights flickered and loud thumping music made conversation all but impossible. It was time for the Cesar Galindo fashion show. The crowd settled into chairs around the runway, but not everyone was so eager to check out Galindo’s 2013 collection. Broker after broker rushed to the bar in the hopes of securing a drink to carry them through this portion of the evening, but cruel world, they were turned away empty handed or with glasses of . Cocktail hour was over.

After a long parade of models draped in Mr. Galindo’s silvery white creations had finished their walk down the runway (an impressive show of staging if overlong), it was finally time for the awards. The Rookie of the Year prize came first with the honor going to Halstead’s Elise Ehrlich who, we were told, managed to convince a buyer looking to spend $500,000 to drop nearly $2 million instead.

“And don’t we all love that?” exclaimed presenter Barbara Fox to appreciative laughter.

Rental of the year went to William J. McBurney Jr. of Prudential Douglas Elliman. Mr. McBurney found a renter willing to spend $60,000 to renovate the dilapidated apartment of an elderly, ill artist who owned a townhouse with two other artists. “Empire State of Mind,” played as he claimed his prize.

The next prizes came in quick succession, with evening’s top award bestowed upon Brown Harris Stevens broker Nicholas Palance and Klara Madlin Real Estate broker Ann Ferguson, for co-brokering a complicated deal involving an impossible co-op board, a rejected billionaire and sellers who needed a last minute sublet in the building when the deal closed. Second place went to Halstead brokers Adrian Thompkins and Shebrelle Hunter-Greene and third to Elayne Reimer, also of Halstead.

And as for Ms. Baum’s closely guarded secret? She presented the lifetime achievement award to Stephen Kliegerman of Terra Holdings Development Marketing. Altogether, the awards portion of the evening was over in a whirl, with brisk handshakes and quickly reclaimed seats. There were neither tears nor heartfelt speeches. Or any speeches at all. Maybe everyone was saving themselves for shoptalk over dinner, but we couldn’t be sure as we ducked out before the stampede to the tables started. 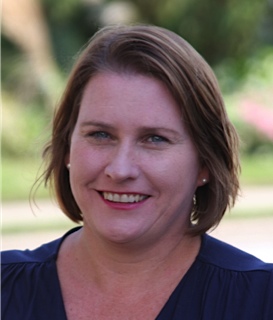