HEMPSTEAD, N.Y. — The Obama administration has been criticized for offering evolving, confusing explanations for the cause of last month’s attack on the U.S. Consulate in Benghazi, Libya. However, current senior Obama campaign advisor and former White House Press Secretary Robert Gibbs thinks his successor in the press office handled the situation well.

Politicker spotted Mr. Gibbs walking through the press filing room at tonight’s presidential debate. We asked him for his take on White House Press Secretary Jay Carney’s handling of the Libya attack.

“I think the press secretary’s handled it well because he’s told people what we know when we knew it,” Mr. Gibbs said.

We wanted to ask Mr. Gibbs more about his thoughts on the White House’s public statements after the incident, but he walked behind a curtain and an aide told the reporters who were accompanying him that we weren’t permitted to follow. 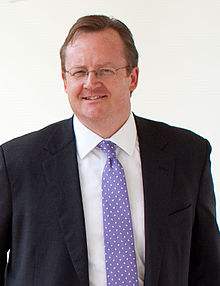