With the vice presidential debate set for tonight in Danville, Ky., the Obama campaign waged a pre-emptive strike on Paul Ryan this morning. In a memo to reporters and a new web video out this morning, the Obama campaign has highlighted “misleading” statements Mr. Ryan has made in the past and asked whether he will use a “dishonest strategy” in tonight’s debate or if he will be frank about the “extreme” conservative positions he advocated in Congress before being tapped for the Republican presidential ticket.

“We now know that Mitt Romney will say anything to win, even if it’s not true – just like he did in Massachusetts and in the boardroom,” Obama for America Deputy Campaign Manager Stephanie Cutter wrote in a memo to “interested parties.” “The question now is whether Ryan will adopt the same dishonest strategy or if he’ll stand by the very extreme positions he’s taken as the ‘intellectual leader’ of the Republican Party.”

In the memo, Ms. Cutter highlighted a series of “false claims” she said Mr. Ryan has made in the past, including: that President Barack Obama cut $716 billion from Medicare, that the president shut down a GM plant in Mr. Ryan’s hometown of Janesville, Wis., the Romney campaign’s repeated denials that their tax plan involves a $5 trillion cut and Mr. Ryan not mentioning he opposed the bipartisan Simpson-Bowles deficit reduction plan while accusing President Obama of dismissing the same plan.

Ms. Cutter framed her characterization of Mr. Ryan as a “dishonest” politician by taking note of his most high-profile and inarguable fib–his false claim that he ran a marathon in under three hours.

“As we’ve already seen in everything from his fact-free convention speech to his exaggerated marathon time, Ryan isn’t afraid to skirt the truth,” she wrote.

The Obama campaign doubled down on its attack on Mr. Ryan with a video entitled “Paul Ryan and His Many Methods of Misrepresentation” mocking the Republican vice presidential for engaging in “The Seven Habits of Highly Misleading People.” This two-pronged assault accusing Mr. Ryan of dishonesty is a clear effort by the Obama campaign to head off any potential attempt by Mitt Romney’s running mate to tack toward the center as Mr. Romney did in his successful presidential debate appearance last week. In various statements this week, the Obama campaign has maintained Mr. Romney was only able to accomplish this more moderate pitch by being dishonest about his past positions and campaign platforms.

Watch the Obama campaign’s video about Mr. Ryan below. 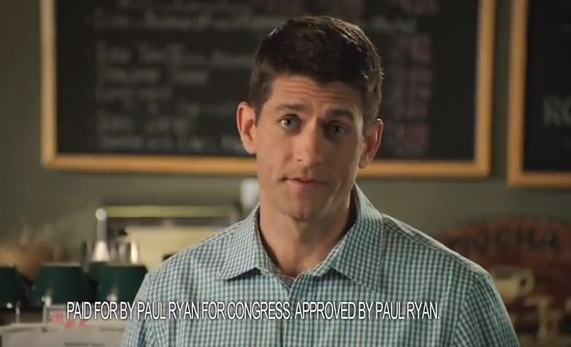