You too can grow up to be a voice of a generation!

Hey, remember that scene in Girls last season when they flashed back to a party at Oberlin College, where Marnie had eaten that pot brownie and had a panic attack and Hannah’s gay boyfriend got Charlie to take care of her?

Well that actually happened! Well, not really. We’re pretty sure the show isn’t an exact autobiography, because some of us went to Oberlin and don’t remember seeing Allison Williams around. But we do remember seeing Lena Dunham out and about, especially at the offices of The Grape, our “alternative” student newspaper. (That appropriately has no web presence besides a dead link.)

And we’re not the only ones who remember, apparently: The only problem with this poster is that, as best as we can recall, Ms. Dunham only worked on The Grape for half a semester before claiming she had mono and quitting the publication. (The kissing disease is another plot point on Girls, and something that Ms. Dunham frequently brings up in interviews.)

Although that could also fit into the whole critique of Girls/liberal arts schools/our generation: “Write! Get involved! And then get sleepy and go to bed for eight months, because you gotta do you.” 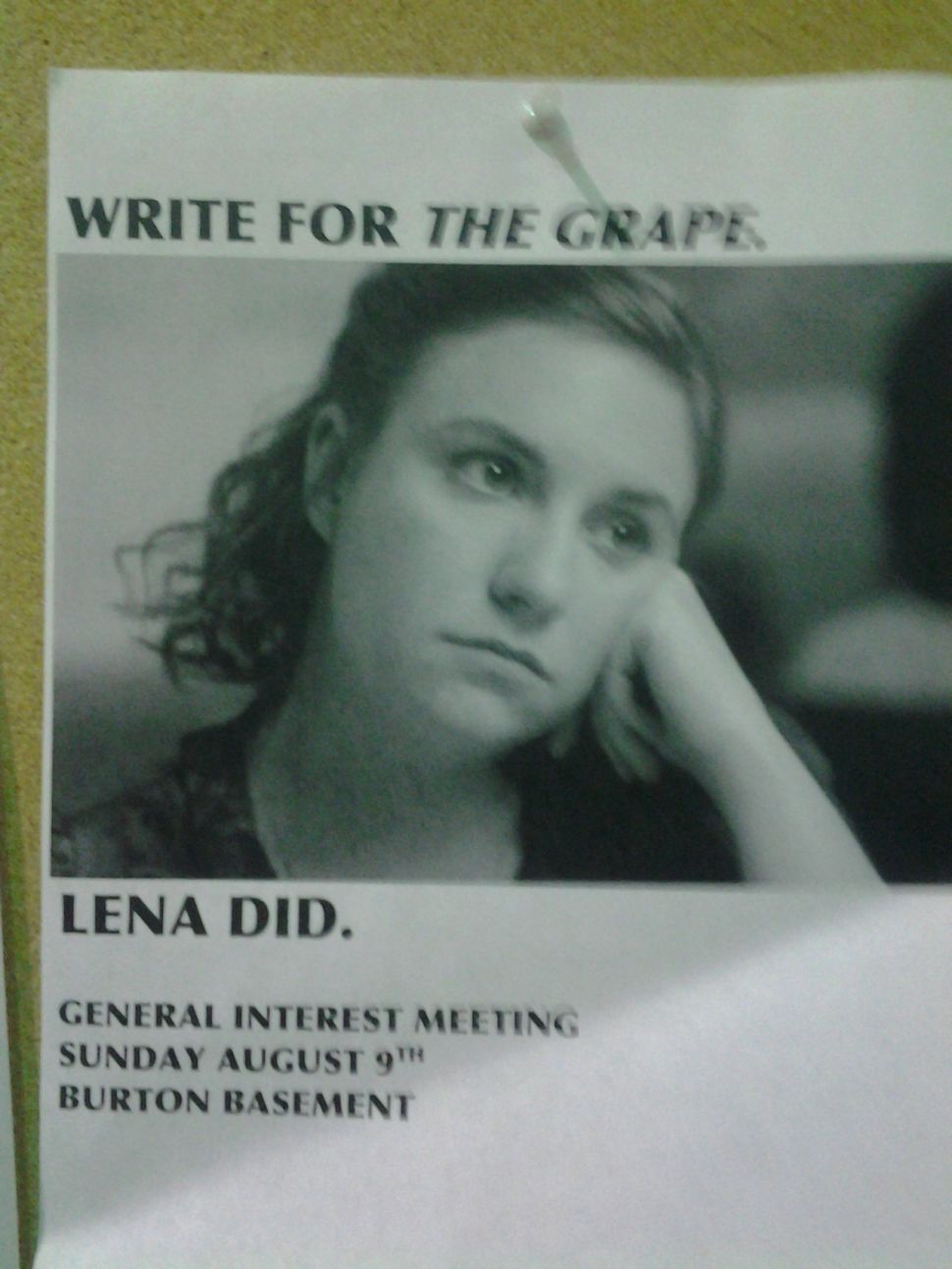