If customers of Regions Bank were having trouble reaching the institution’s website Thursday, they could thank the Izz ad-Din al-Qassam Cyber Fighters, who returned earlier this week for the fourth week of Operation Ababil.

Operation Ababil is an ongoing effort by cyber-attackers who say they plan to keep knocking American banks offline until Innocence of Muslims has been taken off the web. While Google has blocked the video in countries where its bigoted content is illegal, the search giant has said it will not block the video in the U.S., citing laws that protect freedom of speech.

Some experts think Iran is behind the Qassam Cyber Fighters, but the group has denied this.

Their Pastebin from October 8th added new reasons for their outrage:

A number of cyber-attacks toward the American banks planned and executed during the past weeks. Those attacks were a response to an insulting film against the great prophet of Islam which was made and broadcast on the Internet according to Zionists will and Americans management. All Muslims and free-minded people around the world protested this absurd action but their complaints were not addressed. If these protests were done by your fans any film was immediately removed from internet. For instance, at the same time with the Queen of England family’s complaint against an insulting photo published in the French magazines the photo was removed immediately. But you did not care about the demands of Muslims and called the fighter groups’ activities terrorist attacks.

You are insulting the prophet of Islam, what do you expect from Muslims? Do they have the right to confront or retaliate? Do you have a respectable thing that can be insulted in retaliation?

The Cyber Fighters concluded that “respectable thing” was banks. So they listed their targets and a timeline for the attacks:

The Cyber Fighters were careful to note that they weren’t hacking everything. They referred to “recent Trojan-based attacks” that targeted “electronic money transfers” and stated that their activities were “only against the insulting movie mentioned above.”

Operation Ababil has been documented in both Arabic and English. English posts often appear to be translations from the Arabic, but the most recent Arabic post seemed to reveal a sentence the attackers chose to leave out of the English version:

Sorry of the customers of these banks because the attacks caused interruption of banking operations, and we invite them to join the rest of the world in these activities […]

Capital One, attacked on Tuesday, was still having problems Thursday. Sun Trust Banks was also knocked offline Wednesday, as promised.

As has been this group’s practice, these cyber attacks will occur for eight hours each day, beginning at 10 a.m. EDT. 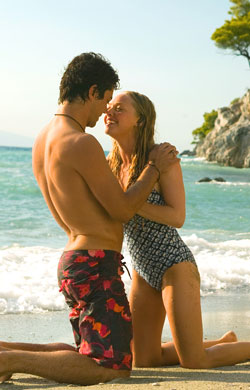