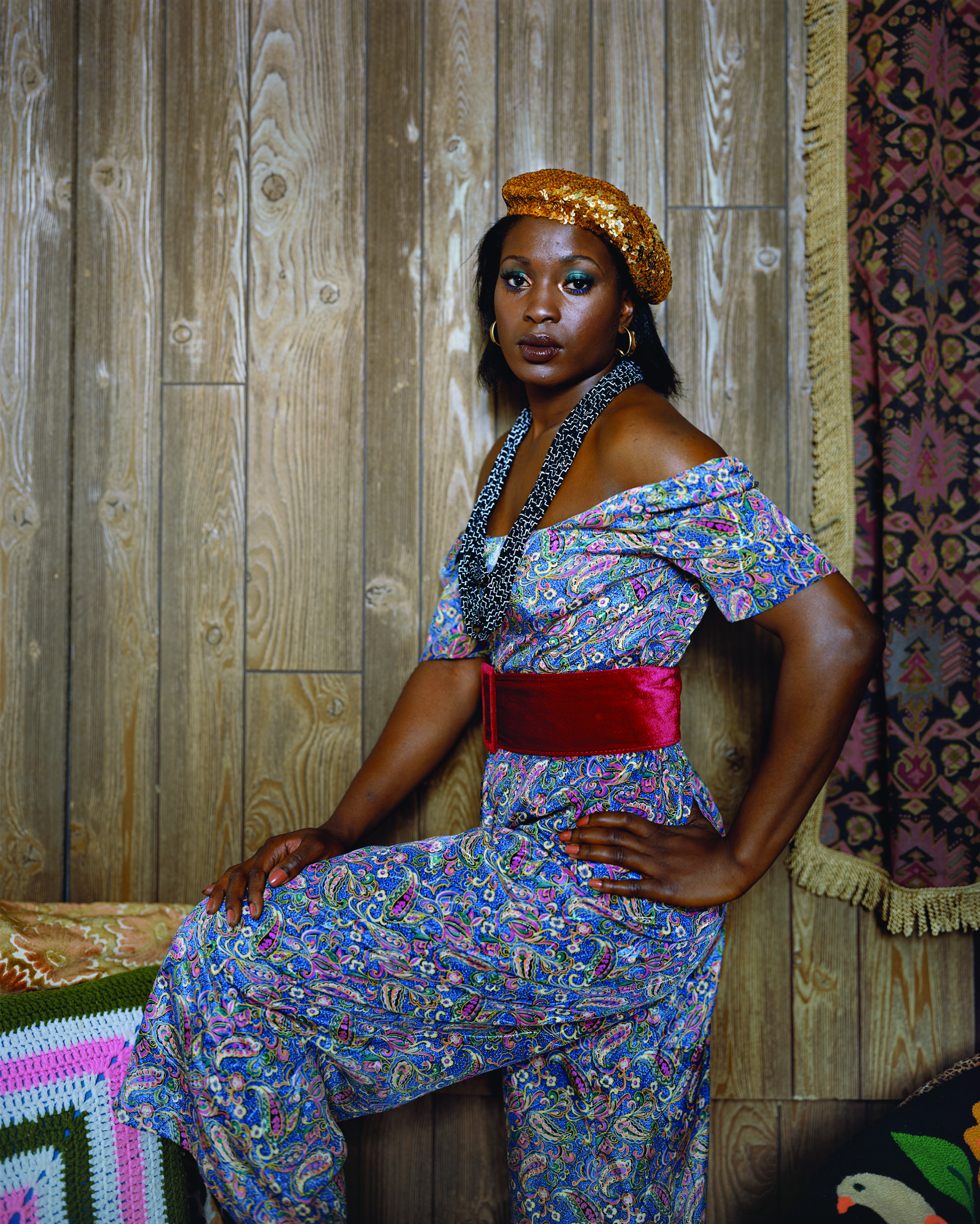 Courtesy the artist, Lehmann Maupin and the Brooklyn Museum 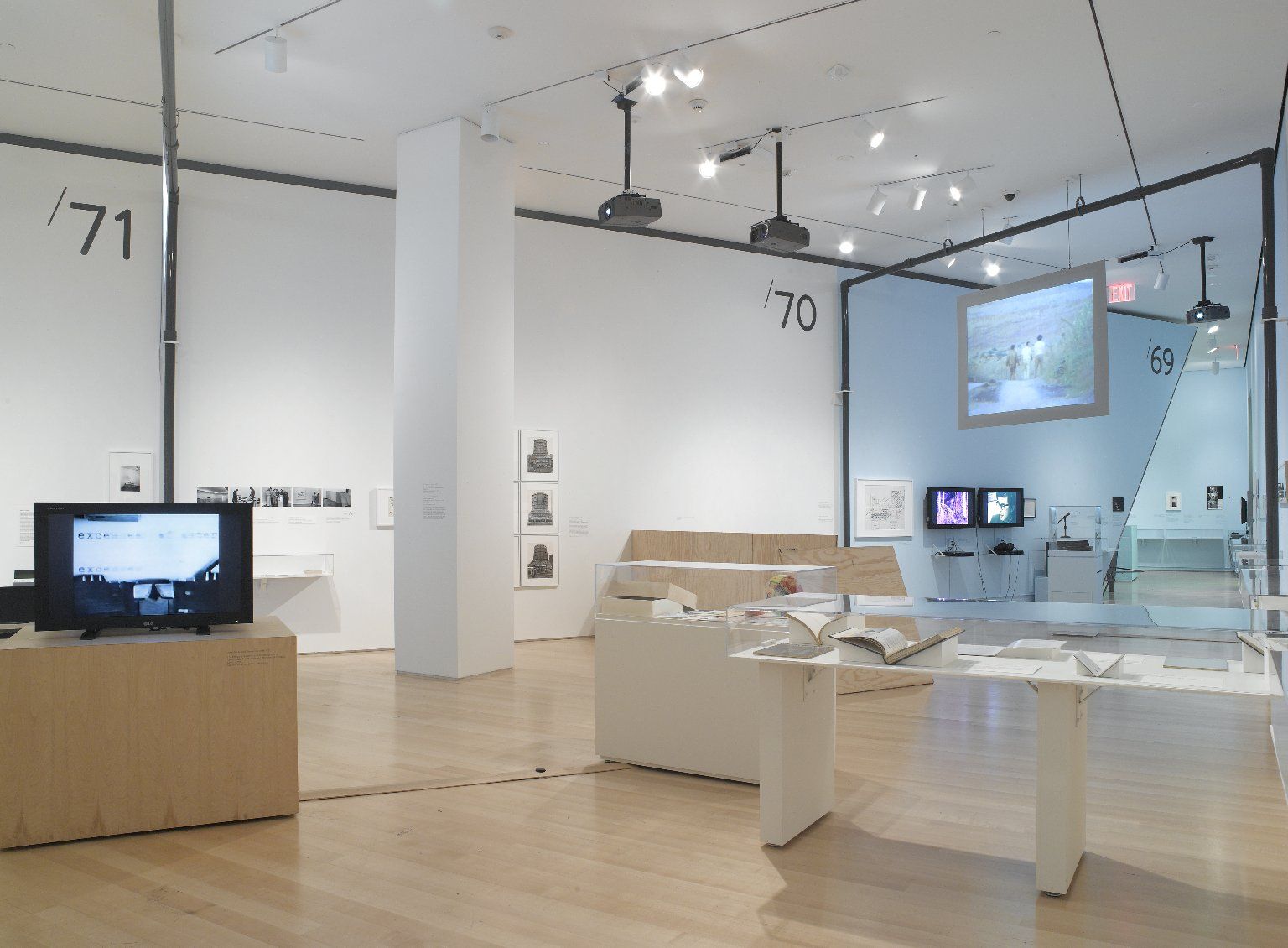 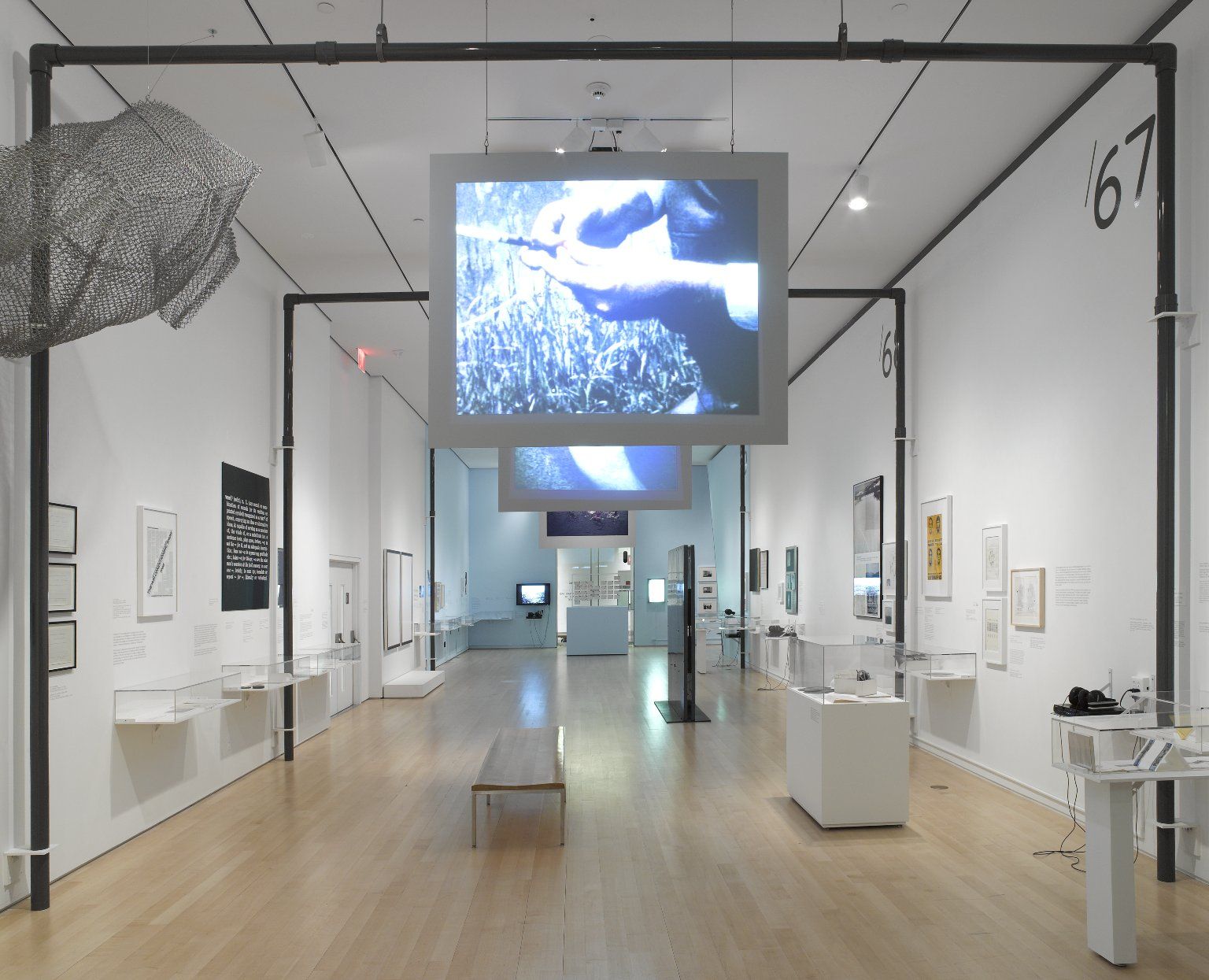 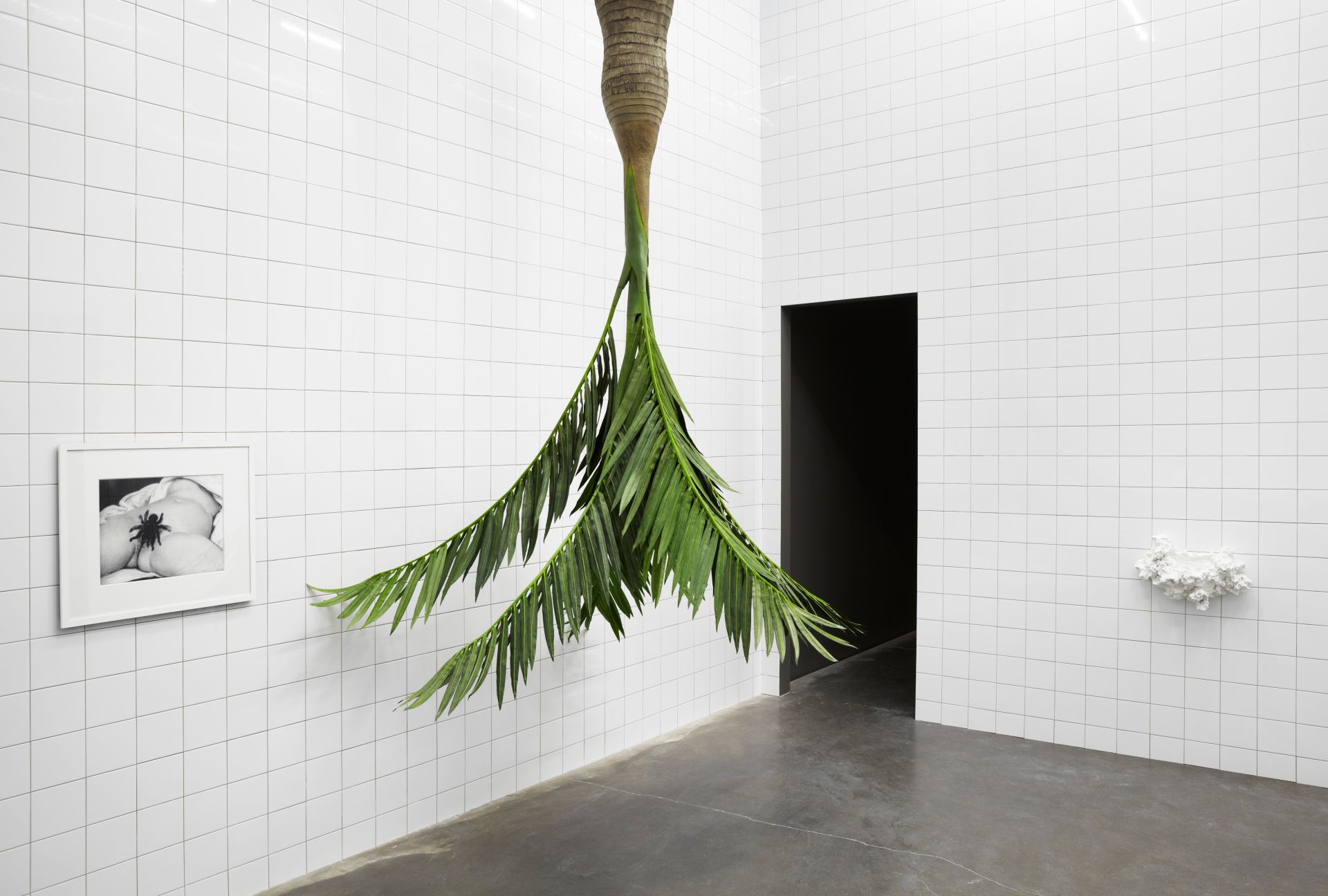 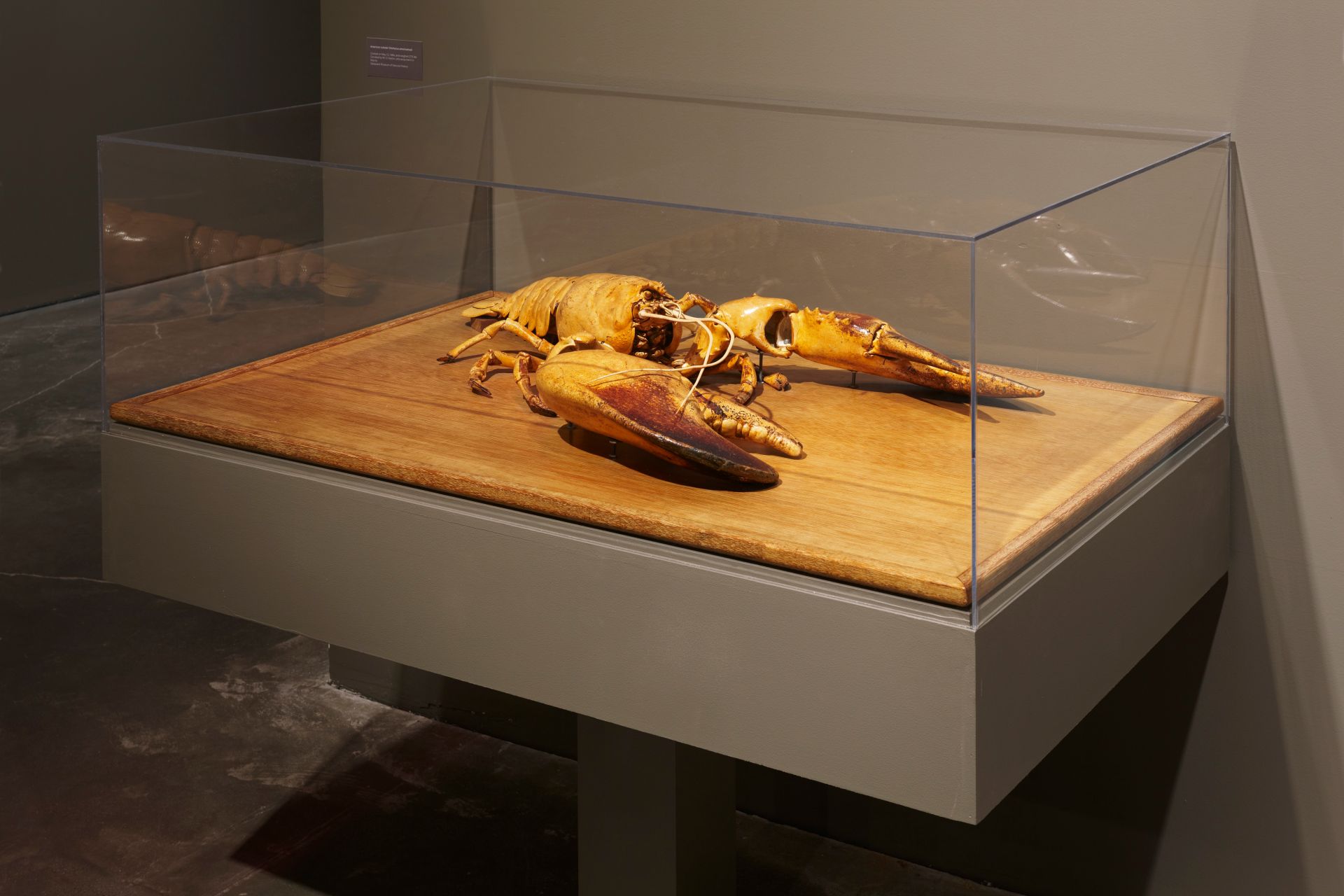 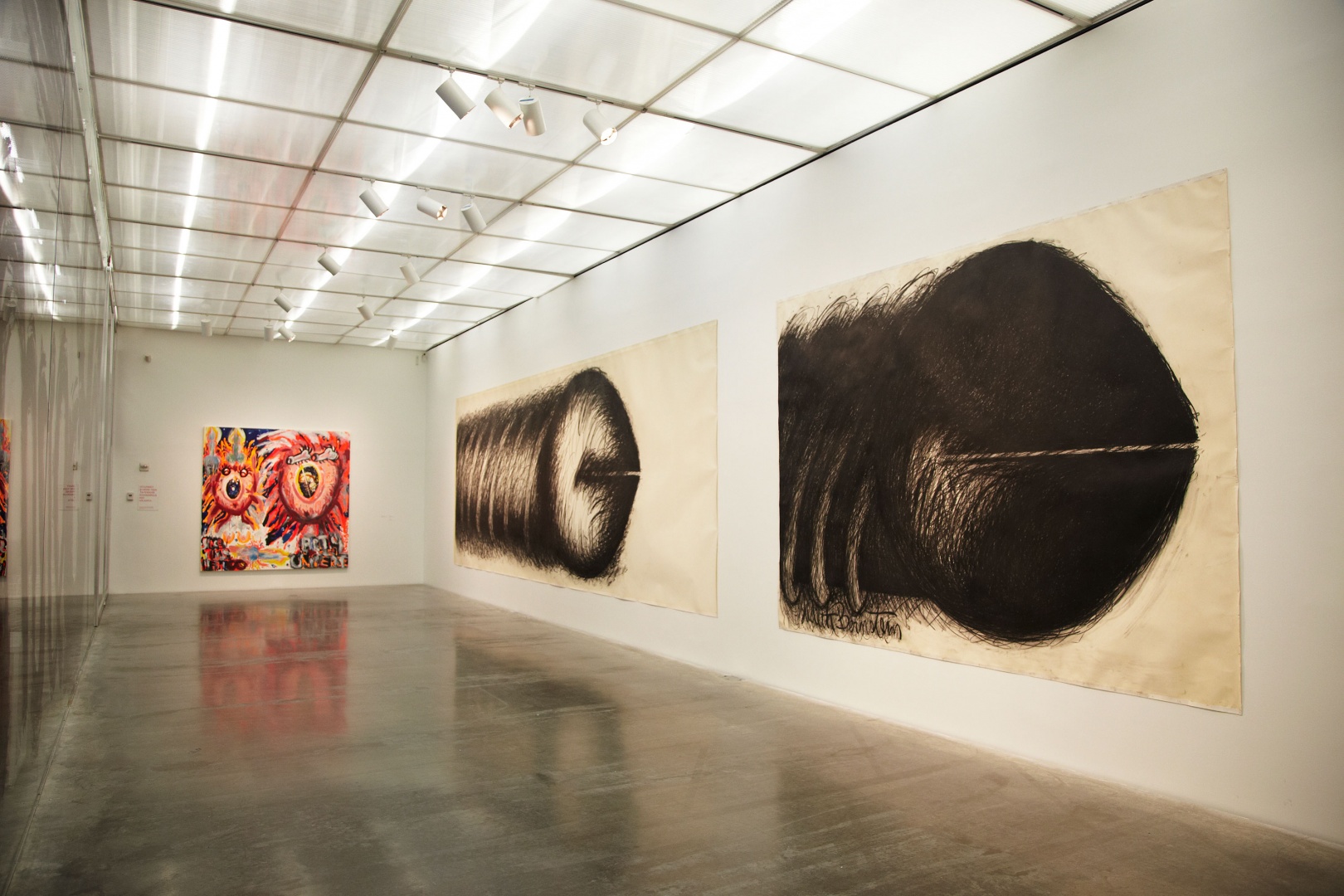 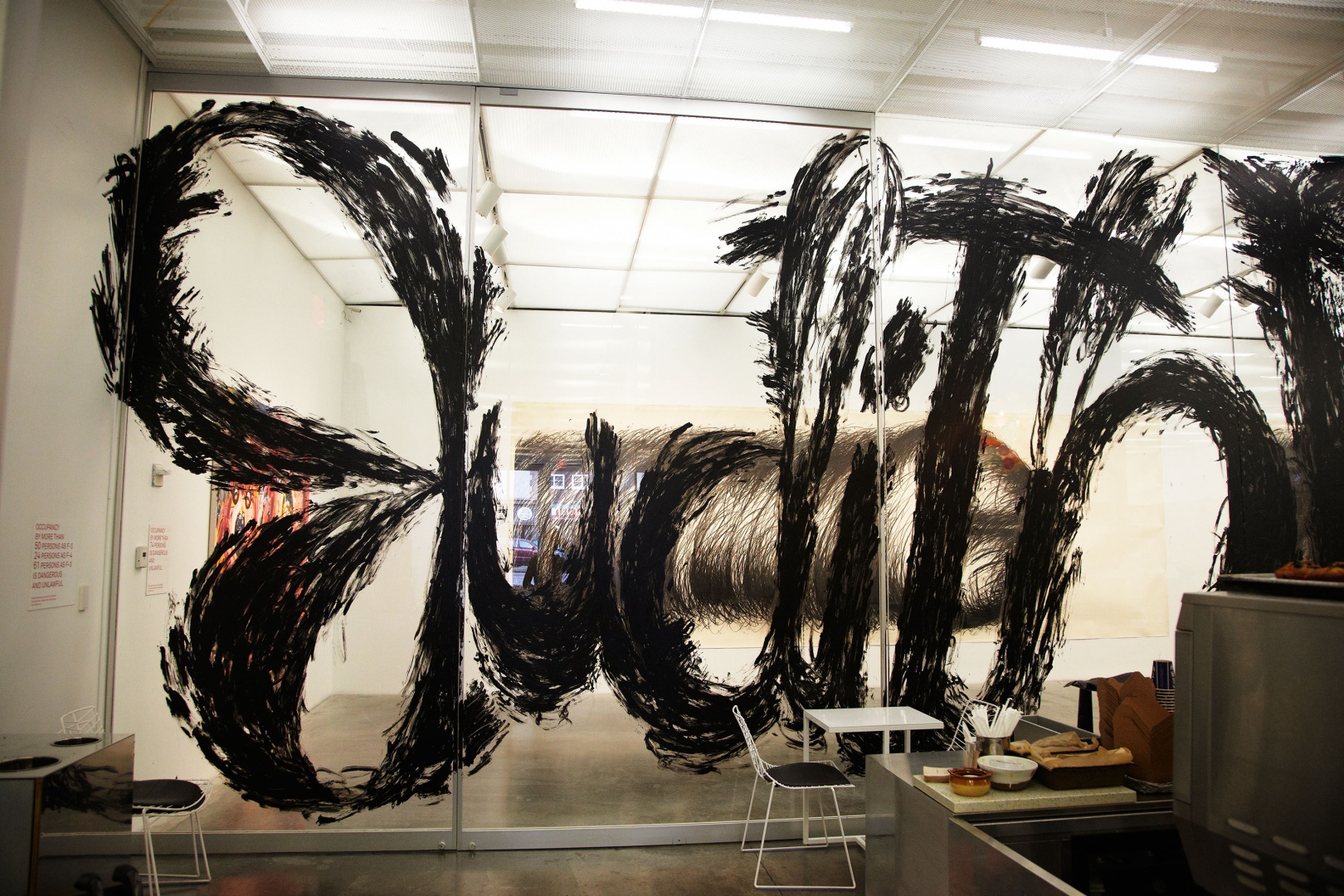 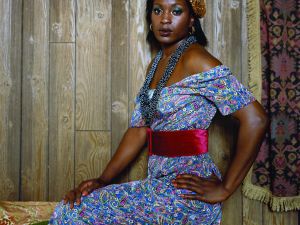 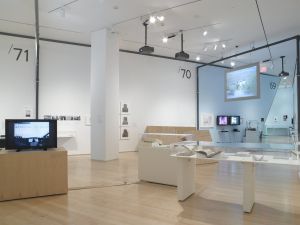 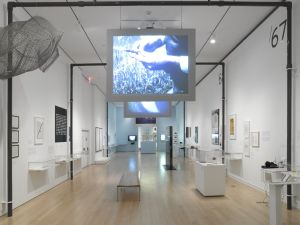 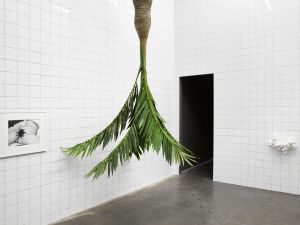 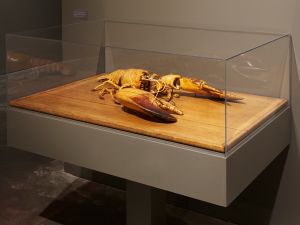 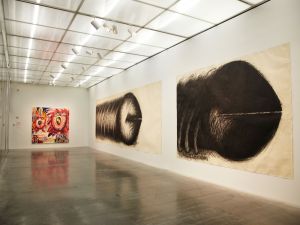 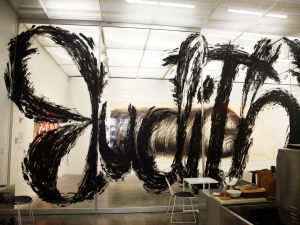 A century and a half ago, Gustave Courbet painted a close-up, spread-eagled view of a woman’s genitals and called it The Origin of the World. It is one sign of the extent to which women artists have taken ownership of such male-created images that no fewer than three major New York museum exhibitions of works by mid- and late-career women artists feature variations on Courbet’s erotic classic. In the past year, both this newspaper and The Economist have reported on the lingering inequities between women’s work and men’s on the art market. That may still be true, but, at least in New York, museums are doing their part—and that may eventually set things straight.

At the Brooklyn Museum, Mickalene Thomas has not only upped the ante on Courbet by giving the title Origin of the Universe to her take on his painting—a black-power, pop-palette Venus vajazzled with rhinestones—but she has also given that title to her exhibition.

Ms. Thomas’s massive, French-Impressionist-inspired, rhinestone-embellished paintings of black female nudes are gaudy fun, yes, but they are also enormously ambitious. Her other great subject is her mother, a woman who obviously relishes vamping for the camera (“I always liked Pam Grier,” she confesses in a video portrait). Ms. Thomas has found her voice as an artist in addressing and overcoming origins both artistic (French painting) and familial (her mother). Her paintings may be kitschy, but they are also, as she titles several of them, “très belle,” and display a tremendous awareness of how personal the history of painting can be, or at least seem, for an artist. Four wood-panel and print fabric installations resembling sets for a 1970s sitcom, a colorful wall of miniature collages and a video (Happy Birthday to a Beautiful Woman from 2012, a biography of Thomas’s mother) round out the display.

At the New Museum, where her mid-career retrospective “Cosmos” just went on view, German artist Rosemarie Trockel reminds us that Courbet’s The Origin of the World was once owned by French psychoanalyst Jacques Lacan. Her take on Origin—a framed digital print titled Replace Me (2011), in which an image of a fuzzy black tarantula is superimposed on the Courbet nude’s pubes—deals in uncanny associations between people and things.

Ms. Trockel gives us an artist-curated taste of marginal works from the 19th century and earlier, as well as pieces by so-called outsider artists. Her show is full of wünderkammer-like assortments of natural objects (a 27.5-pound lobster, Leopold and Rudolph Blaschka’s famous glass sculptures of flowers and sea creatures, cabinets of dried seedpods and a veritable aviary of 18th- and 19th-century bird watercolors) and oddball artworks (Günter Weseler’s animatronic wall barnacle gently expands, contracts and titters; creepy plaster dolls by Martin Bartlett pirouette in vitrines abutting wonderfully abject sculptures of birds by James Castle). The exhibition’s walls are painted a solemn green-grey; the lighting is dim. Ms. Trockel has placed her own artworks—wool-weft monochromes that hang on the wall like paintings, as well as photographs, sculptures and a library of artists’ books—in the context of these curiosities. In the catalog, her projects are classified according to the eccentric phyla “botany, textiles, zoology, ceramics, ‘odd objects,’ books.” Ms. Trockel’s diverse body of work, like the elephant of the proverb, feels different depending on what part of it you grasp first, and to have so much of her in one place creates a fuller impression of her significance than any viewer (especially one in New York, where she is seldom shown) is likely to have previously had.

The museum also recently remembered its mission of giving underappreciated artists their due. Right now, in the lobby, you can see Judith Bernstein’s long-overdue first solo museum show, “Judith Bernstein: HARD.” It, too, has a riff on Courbet’s painting (thanks go to the museum’s communications director Gabriel Einsohn for pointing this out to me): the painting Birth of the Universe #4, a neon pink and orange intergalactic battle in which beings with flaming penises for eyes and vaginal-mouthed gullets full of cosmoses smolder in space. Ms. Bernstein, now 70 years old, is best known for the enormous gestural “Screw” paintings she has been making since the mid-’60s. They equate erections with flat-head screws and send off everything from phallocentric minimalism to macho (“jackoff,” as one work puts it) U.S. foreign policy. The works were censored from exhibitions in the 1970s, when Ms. Bernstein was active in the feminist collective the Guerrilla Girls and a founder of the alternative space A.I.R Gallery. Her monumental, 45-foot-long Signature Piece, installed against the glass of the New Museum’s lobby, reminds us that just getting your name out there as an artist can sometimes be a gesture of activism and defiance.

There is no Origin of the World in the exhibition at the Brooklyn Museum dedicated to feminist art and conceptual art curator Lucy Lippard, unless you count the fact that Ms. Lippard’s work has been the origin of many art worlds. The show focuses on Ms. Lippard’s iconic 1972 book Six Years: The dematerialization of the art object from 1966 to 1972, but it also makes a case for the expanded role of women in the arts. The display of 177 objects in two small galleries examines the time span of Ms. Lippard’s book year by year, and what emerges is not so much an investigation, as the curators claim, of the way “the object dematerializes” in that period, but rather of how a new art form demanded a new kind of curator.

Conceptual art required conceptual curating. Ms. Lippard’s 1969 exhibition “955,000”took its name from the population of Vancouver; when the show traveled to Buenos Aires, its name changed to “2,972,543.” For another exhibition, 1970’s “Groups,” she asked artists to take five photographs of the same people dressed in the same clothing each day. As artists like Lawrence Weiner executed these instructions, they helped define a new role for the exhibition organizer: to initiate a project, disseminate a set of rules to a select group of participants and appoint artists as its executors. The roles could also be reversed, with artists like Sol LeWitt providing instructions for Ms. Lippard to follow. Her projects didn’t just engage with new art—they used new forms to do so, and were creative in their own right.

Ephemera comprises much of the show, and it’s crammed into every nook of the galleries: there is the exhibition announcement for Ms. Lippard’s legendary 1966 exhibition “Eccentric Abstraction,” which included organic, tactile work by Eva Hesse, Louise Bourgeois and others as the feminist counterpoint to minimalism; an issue of Aspen Magazine devoted to minimalism; and documentation of Richard Serra’s famous molten iron piece Splashing (1968). All of this can get a bit dry; if you are the kind of person who reads the acknowledgements sections in books and watches movie credits in their entirety, this is the show for you.