Special correspondent Ian Lamb tried to pitch in at Bellevue, but not being a doctor or a generator mechanic, he was turned away. Here is his report from the Middle to Lower East Side of Manhattan this afternoon.

There’s no power anywhere on the East Side until 42nd street. Drivers were surprisingly civil but it weirds me out. Every few blocks there’s a crowd of people who have found cell service; otherwise there is none. It’s all very 28 Days Later.

The whole of lower/downtown/LES manhattan was really creepy this morning. The weirdest thing was driving without any traffic lights or traffic cops. Everyone was being very respectful though, everyone stopped at every intersection. No animosity between pedestrians and drivers, for once. I think everyone was just in shock, though, because by the time I was driving out of Manhattan, everyone was back to being assholes.

It seemed like there were more people out than usual, just kinda walking around. People had coffees but I’m not sure where they came from because everywhere was closed. I guess the odd bodega was open.

Both Bellevue and NYU hospitals were very creepy, pitch black inside. Still over 25 ambulances parked outside Bellevue. Lots of police activity everywhere. There was no electricity on First Avenue all the way up to 42nd.

The FDR was closed and people were walking up and down the on ramps, walking around the elevated roadway, cops looking on. It was pretty neat. Lots of being pumped out of the basements at Stuy Town. 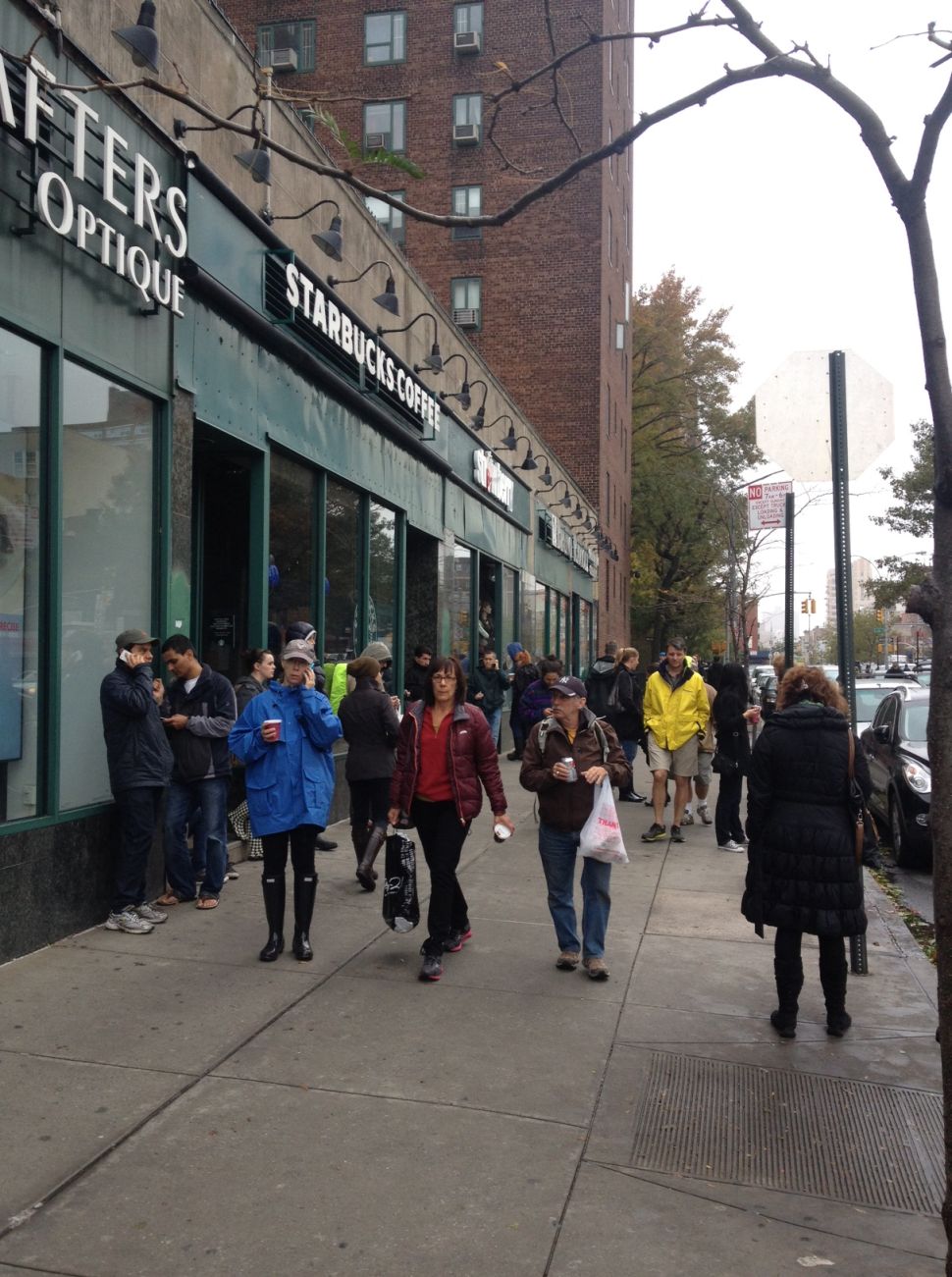