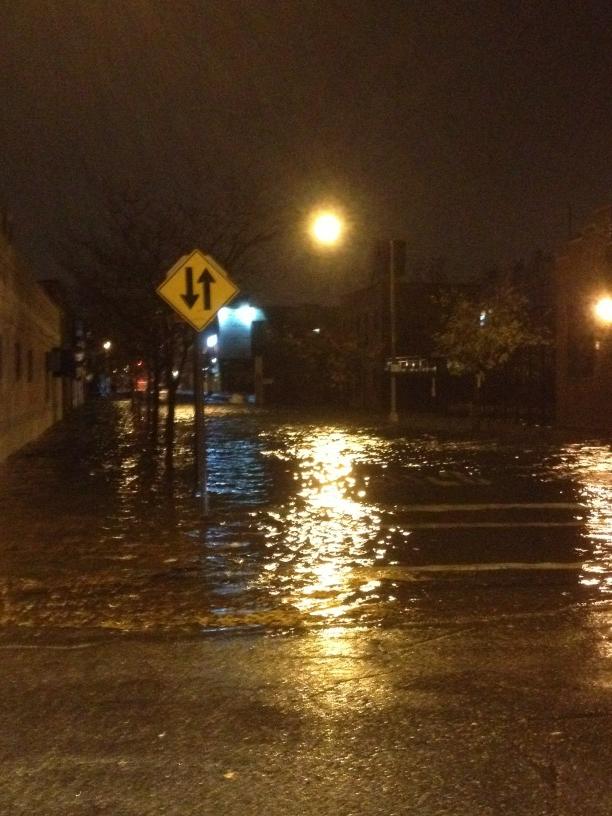 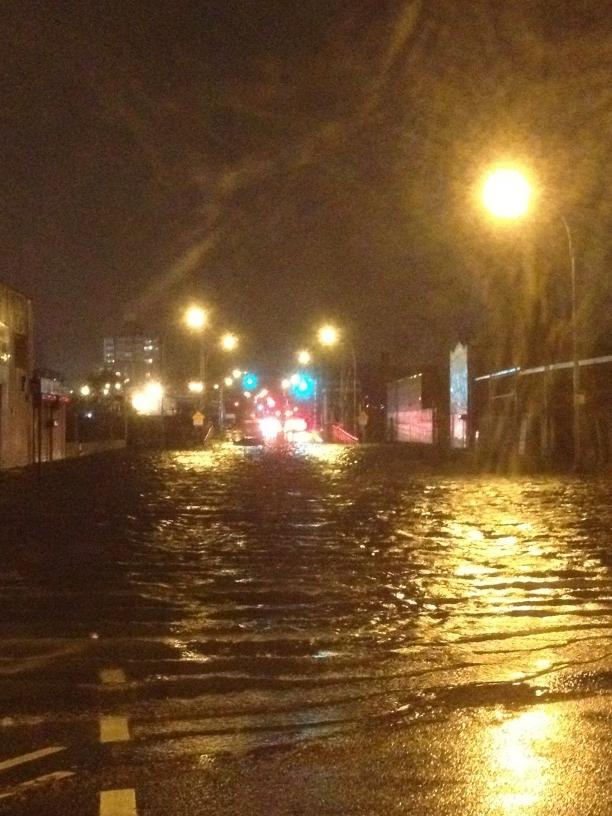 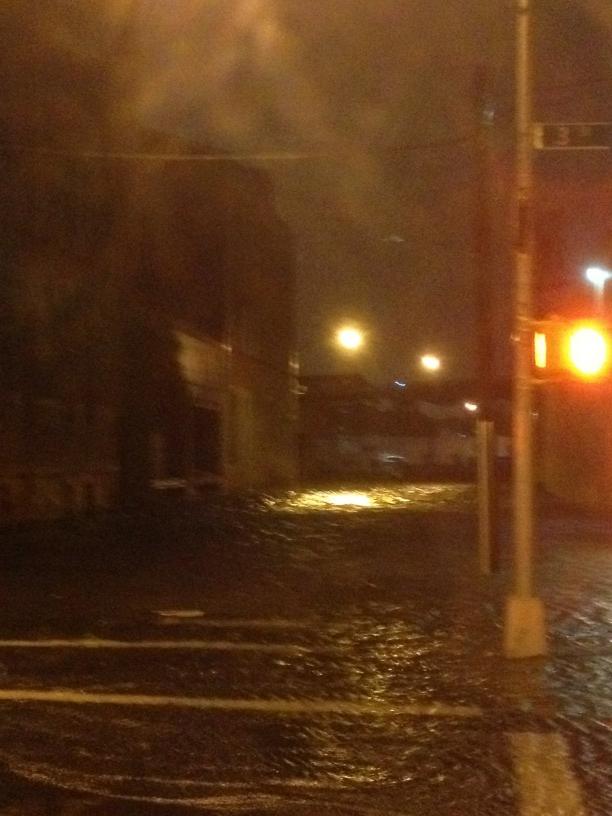 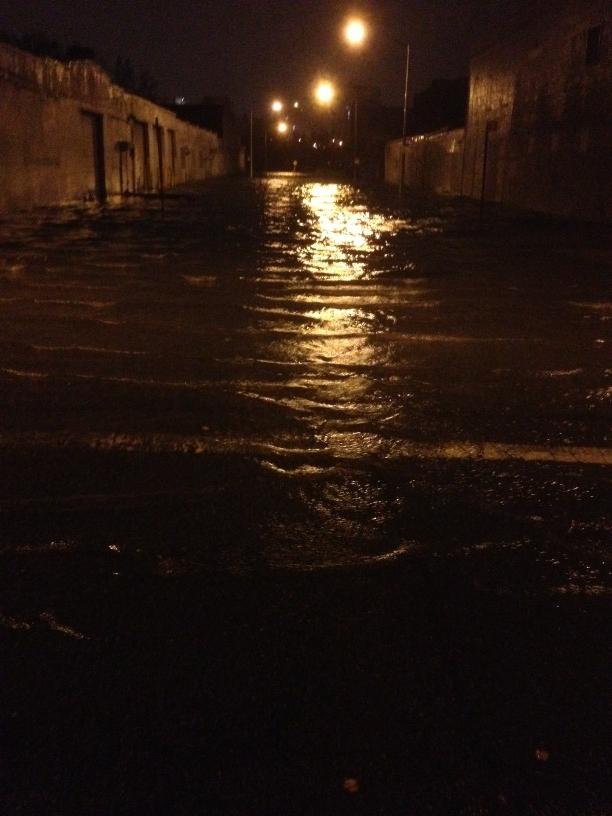 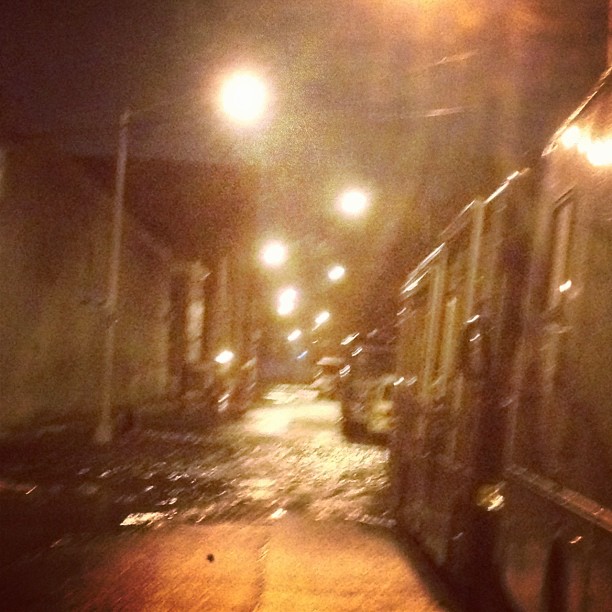 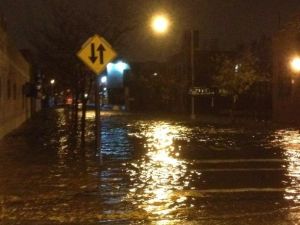 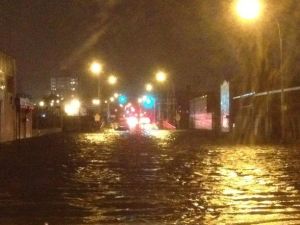 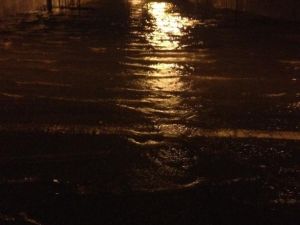 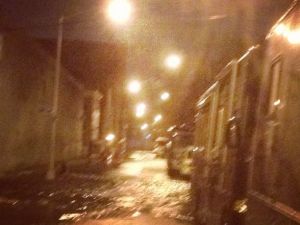 The early effects of Hurricane Sandy led to some flooding along the Gowanus Canal in Brooklyn, one of the most polluted waterways in the country. With the storm at its height, the canal has completely overflowed and is covering many of the streets in the Carroll Gardens neighborhood adjacent to its shores.

City officials have said they don’t expect the Gowanus’s flooding to put anyone in immediate danger and that they believe the cleanup will be routine, in spite of the pollutants in the canal, which, according to the Environmental Protection Agency include a veritable cocktail of carcinogens: “PCBs, coal tar wastes, heavy metals and volatile organics.” Local Councilman Brad Lander spoke with the EPA and said, along with the City’s Department of Environmental Protection, the agency plans to conduct post-storm testing to “address potential issues of toxicity created by the flooding.”

The Observer has found ourselves weathering the storm in an apartment just a block from the canal and was able to get some photos of the flooding right around high tide after 8 p.m. Since then, waters have receded below the high point they reached one block from the canal at Bond Street. If we are able, we will go out again later to get a more updated picture of the situation. For now, Click the slideshow to see shots of the Gowanus Canal breaking its banks.