Good news, everyone. Quora, the Q&A site where tech types go to talk about their feelings, has finally addressed the all-American experience that is accumulating a great big pile of filthy lucre. The answer, it turns out, might surprise you.

Someone posed the question, “Is Getting Rich Worth It?” And one answer in particular is currently bubbling up on tech blogs and Twitter. Rather than simply replying “duh, of course,” and burning Lambo rubber into the Palo Alto twilight for a delightful night of strippers and cocaine, an anonymous user took the time to get introspective, confessing that “sometimes I think wealth is really a burden,” adding that “A slower path to wealth might be a lot healthier to my career and to my life in general.”

The poster has outlined four reasons that being rich–or richish, as he’s making do with a mere $20 million and change–is really kind of the pits:

Sloth Work is no longer necessary. I can do anything I feel like but I end up doingmostly nothing and spend the days browsing internet and write as Anon User on Quora. Plus, the fact that I can just pay to get out of most of the situations makes me lazy and un-resourceful.

Greed I have a lot of money but I crave for more. I want to be a centi-millionaire now. But in the mean time, I don’t feel like working.

Entitlement I feel I deserve the BEST of everything because I paid $1000 a night for a hotel suite, $500 for a Michelin 3 star meal and $1000 for a bottle of wine. I grow really angry if I don’t feel I am treated like a royalty.

Loss of Purpose I feel my life/career has peaked. I don’t know what I am supposed to do. What’s the purpose? I can go do some charity work but they are not intellectually stimulating and most non-profits are run by a bunch of bozos anyway.

He ends with a pitiful lament: “But it’s impossible to give up the money. Being wealthy is probably not worth it. But once you get there, you want to stay there forever.” As expressions of regret go, it’s not exactly “Rosebud!” but perhaps every boom gets the Citizen Kane it deserves.

This answer now has 340 upvotes.

Hey Anon, Warren Buffett’s on line two. He’d like to arrange a sit-down at a Dairy Queen in rural Nebraska so he can bitch-slap you. 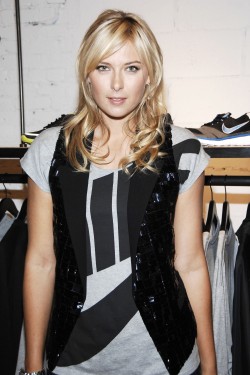