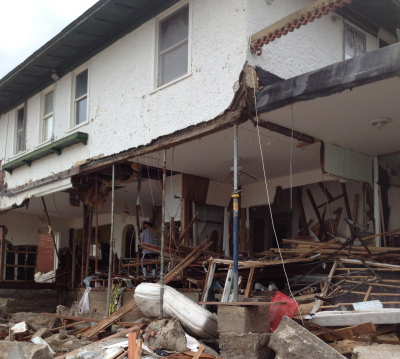 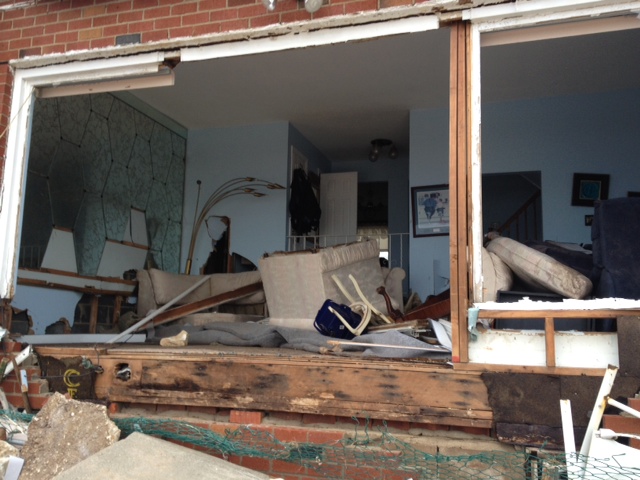 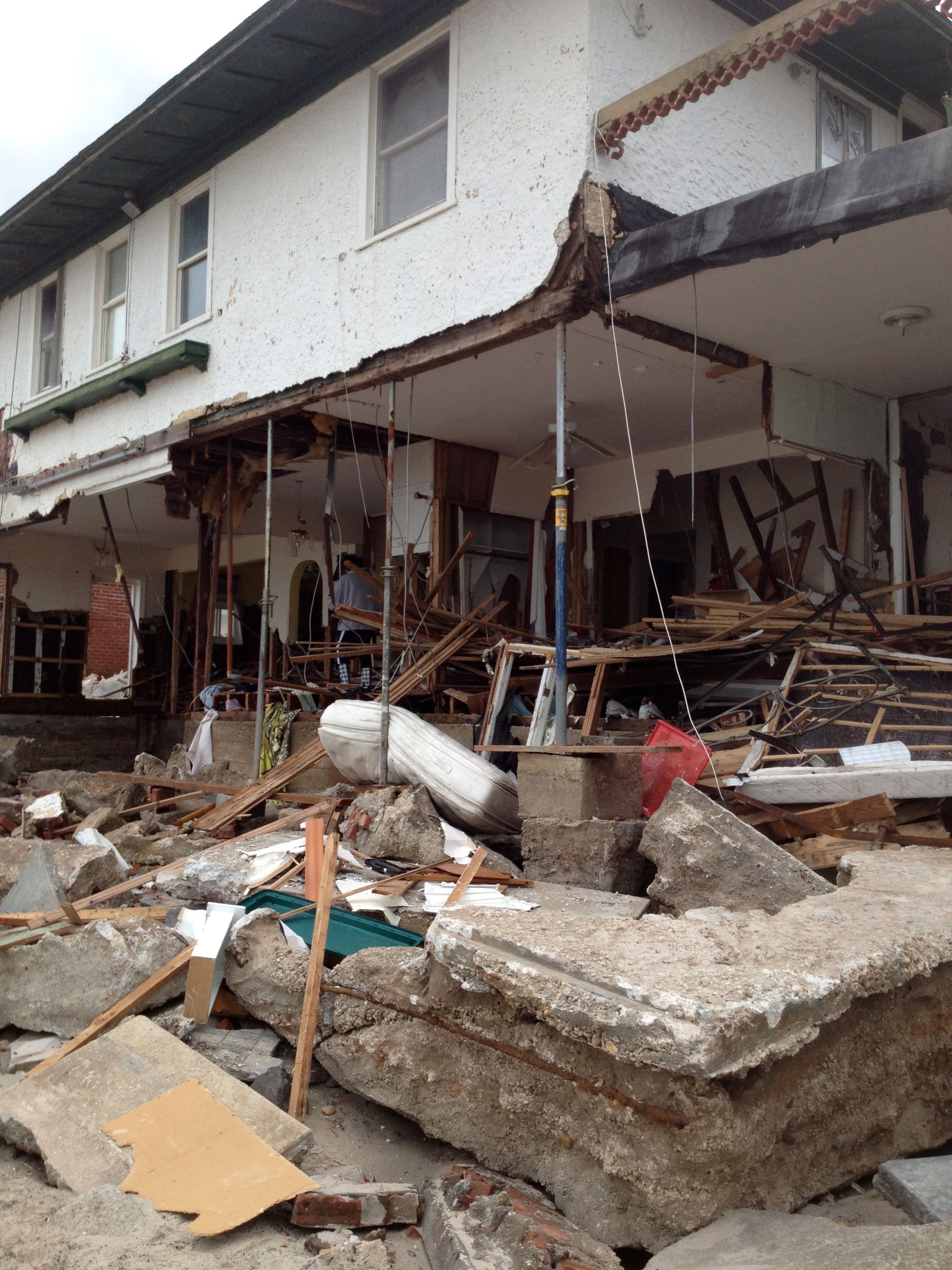 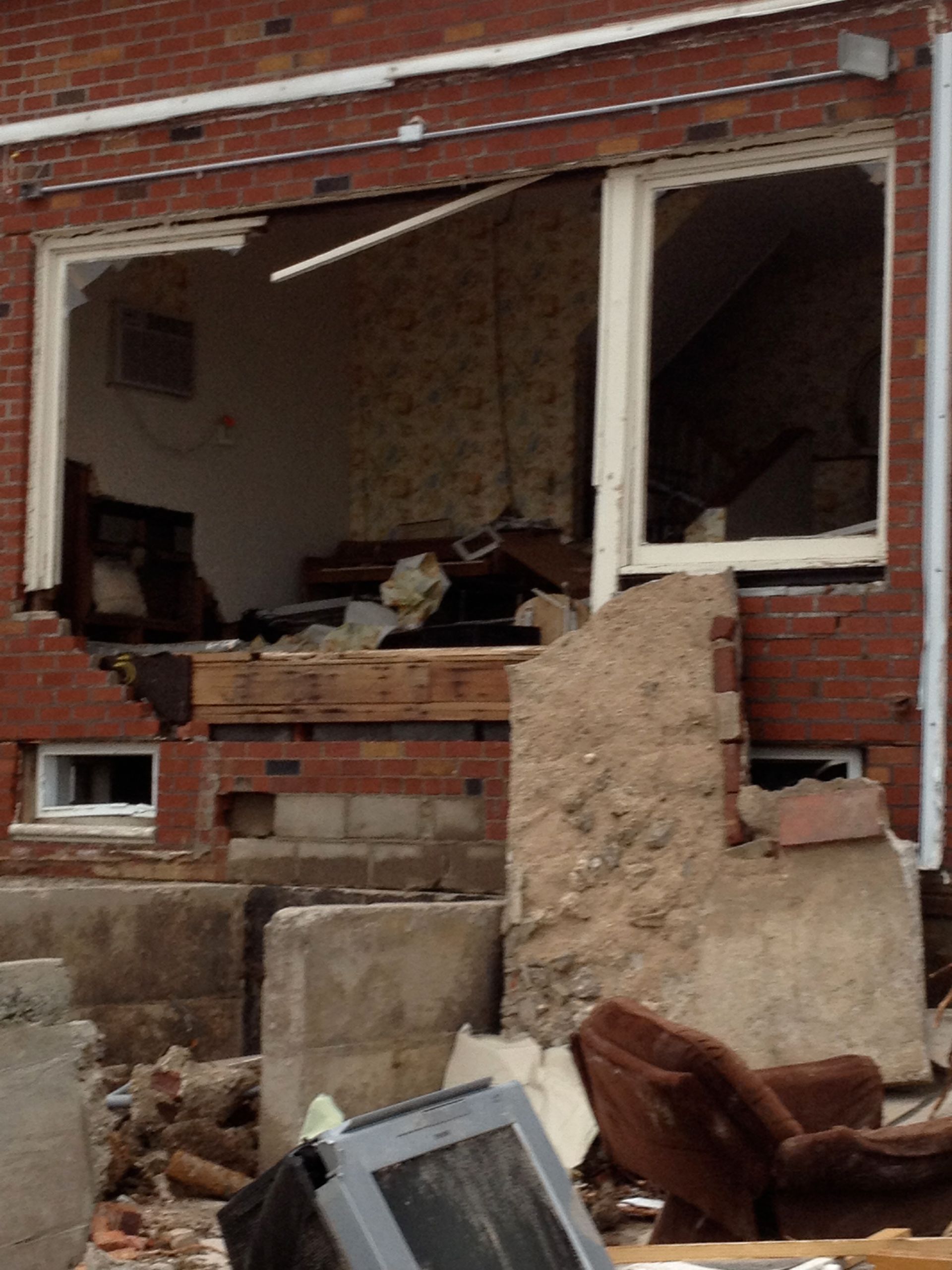 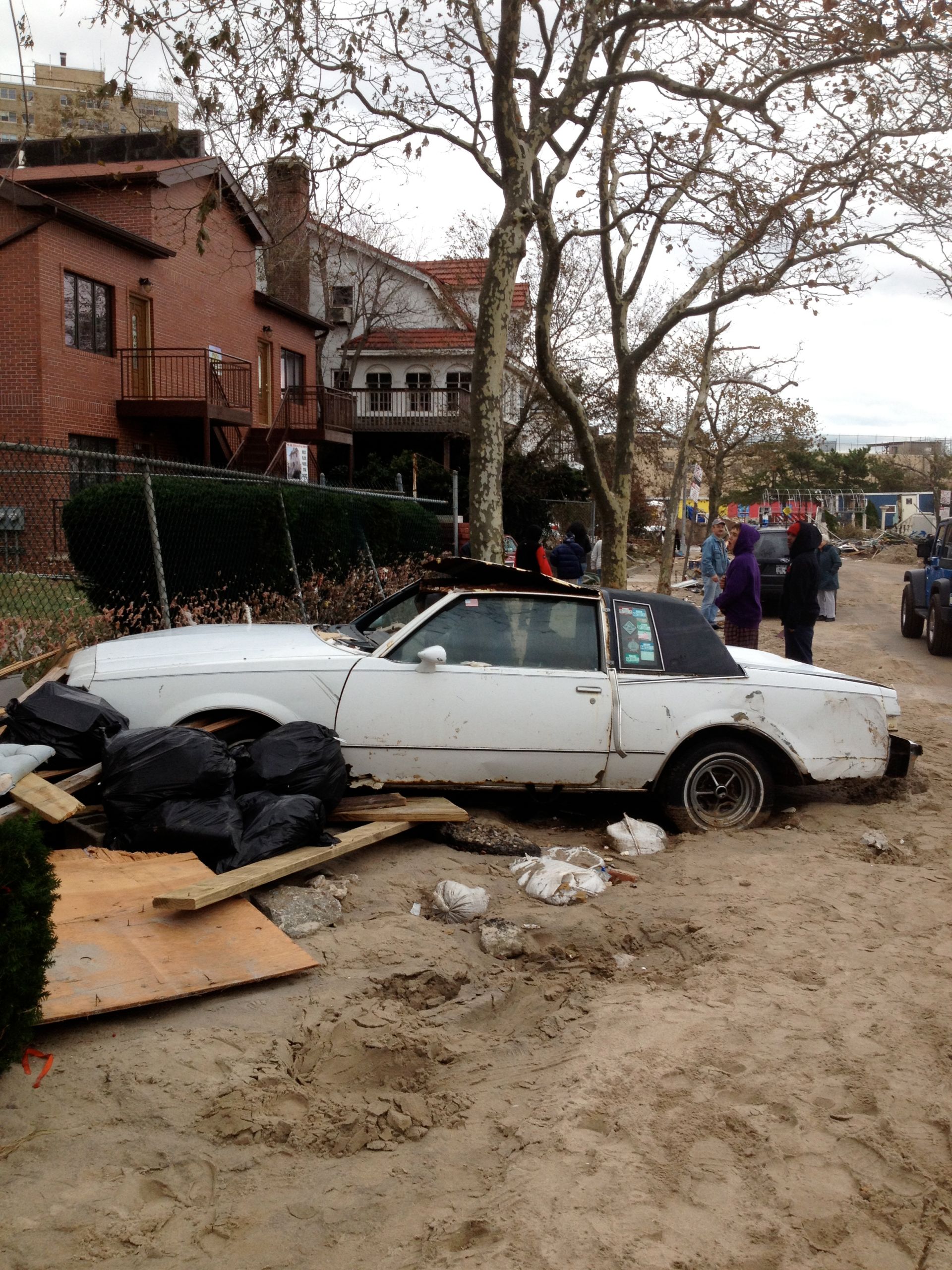 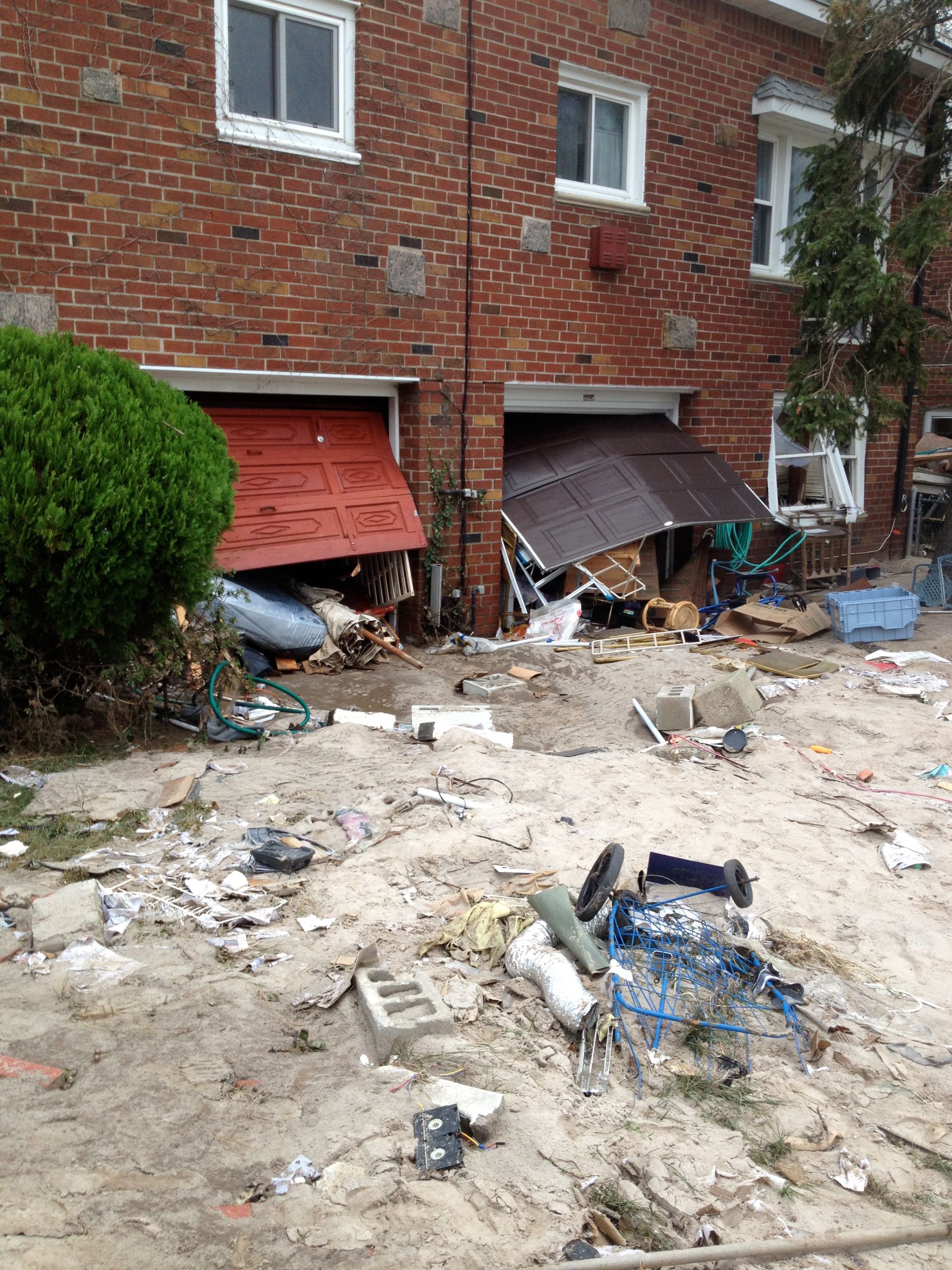 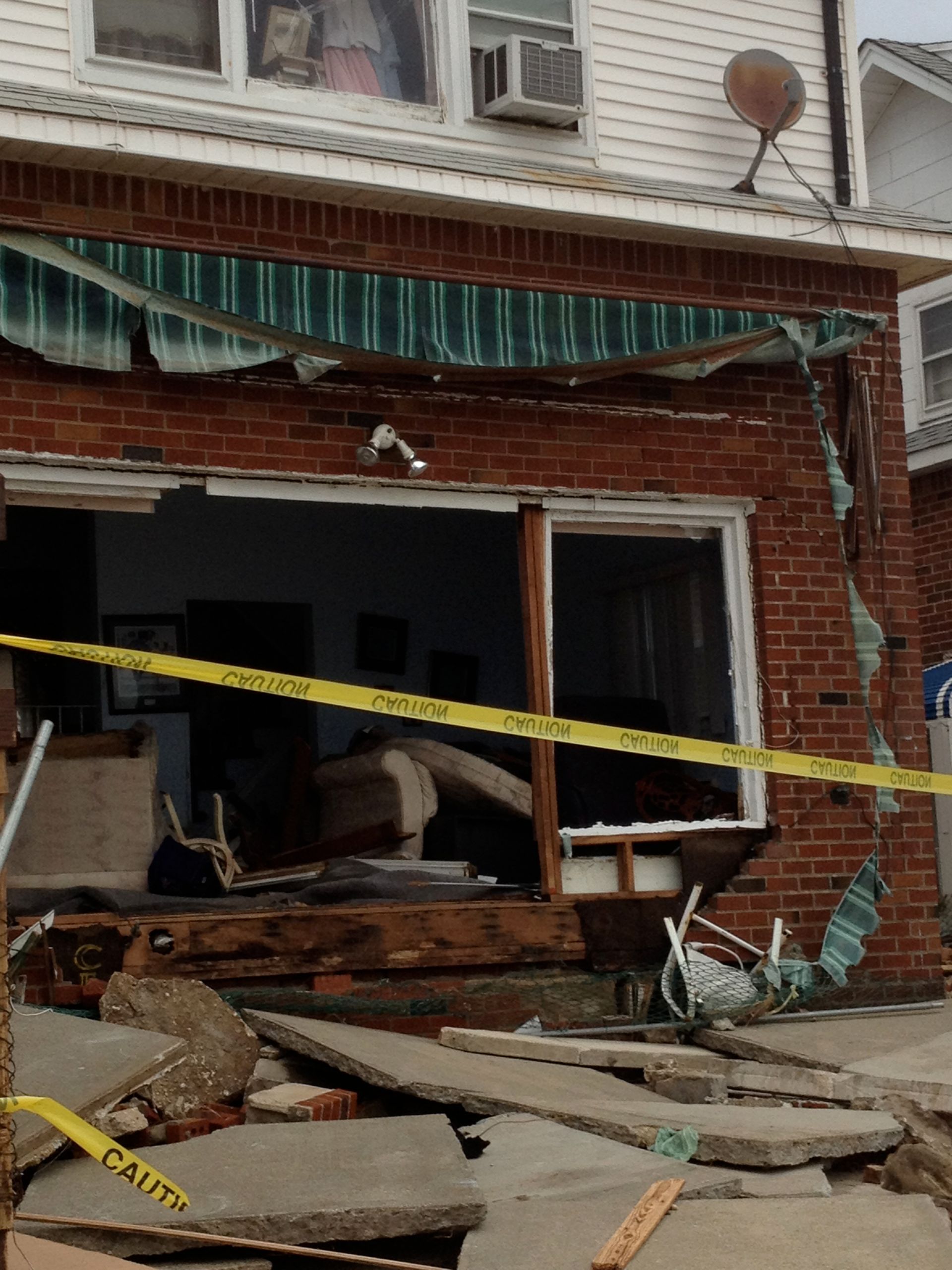 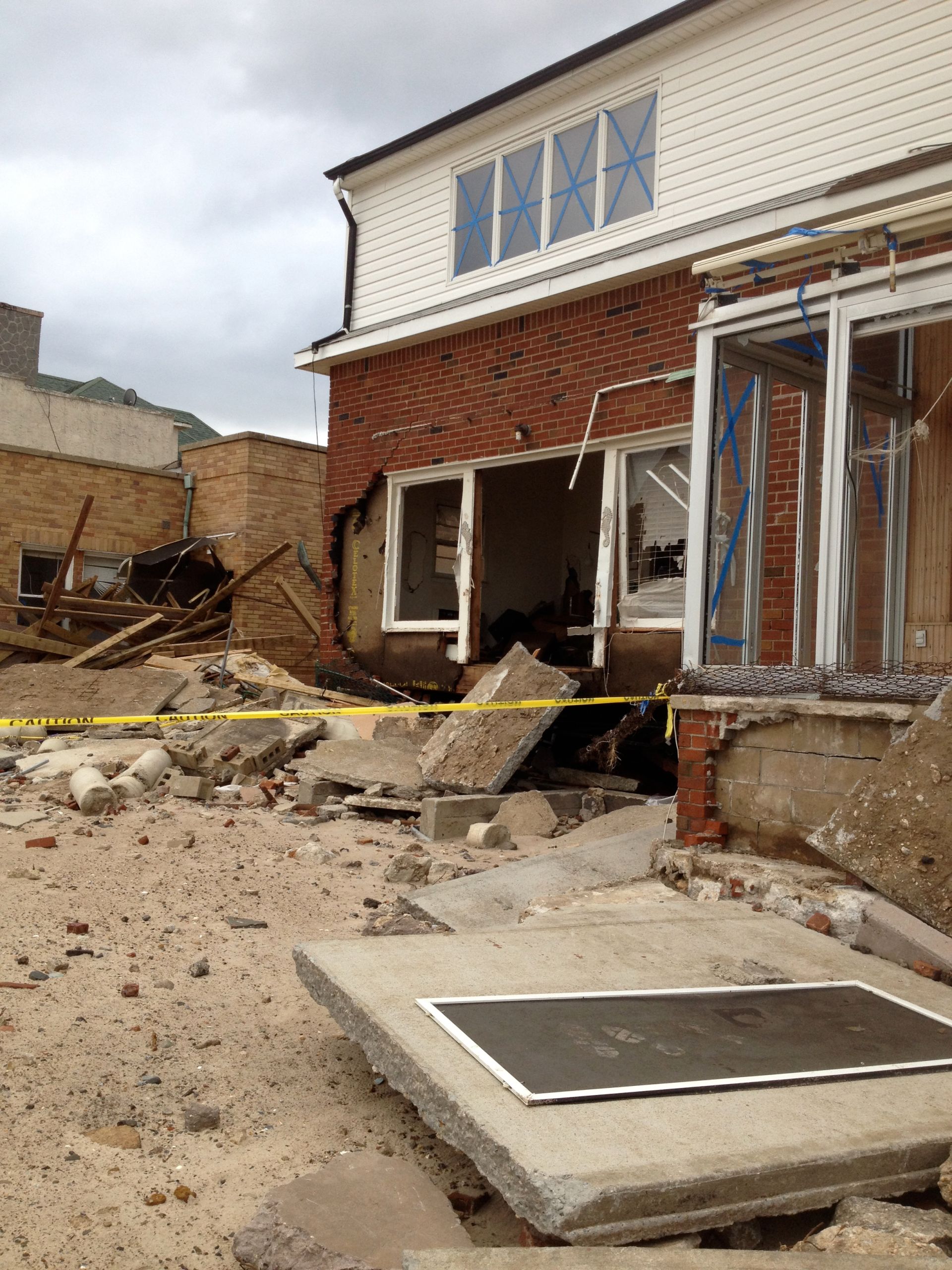 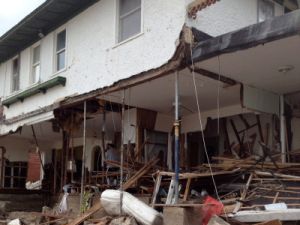 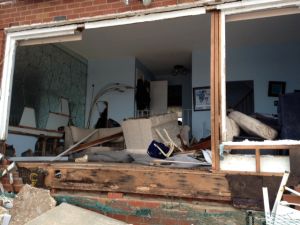 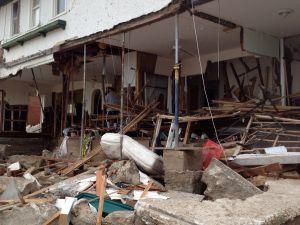 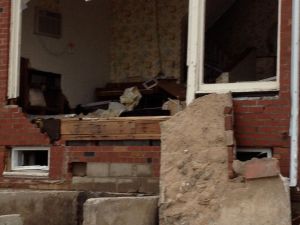 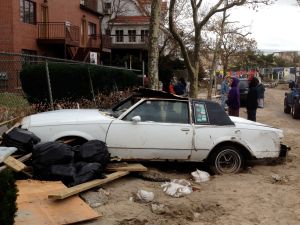 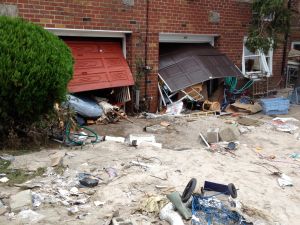 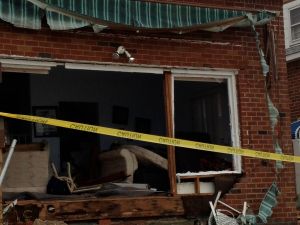 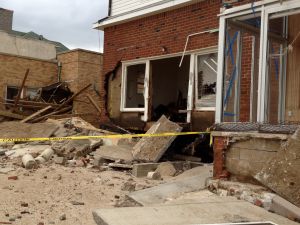 Angelo Deangelis has lived in Sea Gate, a gated beachside community on the southwestern tip of Brooklyn, with his family for 31 years since immigrating to the United States from Italy. On Monday night, when Hurricane Sandy hit New York, he planned to stay in his home facing the beach and weather the storm. About twenty minutes before the wind and flooding that battered the neighborhood reached its peak, waters began to surround his home and Mr. Deangelis realized the hurricane was worse than anything he had expected. He went to his sister’s house nearby.

“The waves they were hitting my boarded up veranda and the was coming up from the front of the house and, on the third shot, I went down, I shut the electricity and I just went by my sister’s on Laurel Avenue,” Mr. Deangelis told Politicker today.

Though he abandoned his home, Mr. Deangelis left a webcam filming as the waters overtook his house. He and his family watched live as their house was destroyed.

“You know, 31 years in the house, and 31 years in this country and all of it is gone,” he explained as he stood in front of the home, which had a red sticker on the door declaring it “unsafe” to enter and in danger of collapse.

Sea Gate was one of the neighborhoods hardest hit by the storm. Mr. Deangelis said he never experienced weather that made him question whether to remain in the community until now.

“We had five storms. The last four storms; we had the storm in ’86, Gloria, ’91 was Hugo, then we had another one, I forgot it’s name and we had Irene last. But none of them give me any bad thoughts about it, this one, it did.”

Still, Mr. Deangelis said he wants to return to his home in Sea Gate.

“I hope so. Me personally, I put a lot of work into this house,” said Mr. Deangelis. “It’s a lot of money involved, plus I’m Italian, a lot of good construction, good material. And then, my wife also, it was a lot of rememberings, a lot of–our whole fortune is there and it’s gone. We got stuff in there that we can’t get it. We can’t get to it and my wife is just so upset. We don’t know what to do.”

Along with the destruction of their house, Mr. Deangelis’ daughter said they were worried about conditions in the neighborhood as the family remained in her aunt’s home.

“There’s dead cats everywhere,” she said. “Sea Gate had a lot of cats.”

We didn’t see any feline corpses when we walked through the community this afternoon, but the situation was certainly grim. Aside from the destroyed homes, the neighborhood was without power and filled with debris, damaged cars that had been moved by the waters and downed trees. At the entrance to Sea Gate, cabanas from the neighborhood’s private beach club were tossed around throughout the area. Amid the debris we also encountered many saddened residents.

Howie and Felicia Mendelsohn said they lived three blocks away from the beach, but their basement, garage and cars were still destroyed. Ms. Mendelsohn said many Sea Gate denizens were considering leaving the community to avoid future storms.

“Now people are talking about moving out. How do you rebuild, and then, when this happens again?” her voice trailed off. “This is heartbreaking. I’m crying all through this.”

Barbara Garofalo, a lifelong Sea Gate resident, was standing in front of the community’s chapel, which police officers were using as a temporary headquarters. She said she lost the “bottom level” of her home.

“We’re all in cleanup mode trying to–we cry and just, thankfully were all here,” said Ms. Garofalo. “We all took people in in our homes and we’re working it like that. … We’re neighbors. We’re a tight-knit community. Family, that’s what we are.”

Though Ms. Garofalo was optimistic the people of Sea Gate would help each other recover, she said she would like the government to do more to protect the community from another disaster.

“We’re going to survive, we’re going to build up again and hope, you know, that the federal government helps us with the … sea walls we need,” she said. “The homeowners at this point can’t do it their own anymore. We need federal government to help us put up a sea wall, or else we get a bad storm again, or not even, we get high tides, it’s coming right over again. We have nothing to protect us.”

Ms. Garofalo explained “individual homes” in the neighborhood have their own walls. In 2008, the Army Corps of Engineers received $9 million in funding to build “t-groins,” rock jetties that protect the beach. However, Ms. Garofalo said the jetties have yet to be built.

“They have the money in process, but they haven’t started it yet,” said Ms. Garofalo. “It would have helped us somewhat is my personal opinion. Maybe we would have had damage, but maybe would have–could have saved the homes. Every home on the beach is gone. It breaks my heart.”

Though many of the houses in Sea Gate were destroyed, there was one bit of good news among the destruction in the community. After touring the devastation, City Council Speaker Christine Quinn told us police informed her there were “no fatalities in Sea Gate.”

Click our slideshow to see pictures of the situation in Sea Gate.