HEMPSTEAD, N.Y. — Talking to reporters in “spin alley” after tonight’s debate, Mitt Romney’s senior adviser Eric Fehrnstrom conceded President Barack Obama was “more spirited” than he was in the first go-around. However, Mr. Fehrnstrom said the Romney campaign is still “confident” its candidate will win.

“Governor Romney had a strong debate tonight. There were sharp differences on the budget, on taxes, on energy development. The president was more spirited, but he was defending the indefensible. He was defending a record where we have 23 million Americans who are struggling for work, we have 47 million Americans on food stamps, one in six Americans living in poverty,” said Mr. Fehrnstrom. “There is a big choice in this election and the choice is, under President Obama, we’ll get four years–another four years like the last four years and with Governor Romney, we’ll get a real recovery with more jobs and rising incomes for everyone.”

Based on this juxtaposition, Mr. Fehrnstrom said he believes that voters will ultimately choose Mr. Romney.

“I think that’s ultimately what people are going to be deciding when they go to vote,” Mr. Fehrnstrom explained. “They’ll be asking themselves the question, ‘Do I want another four years like the last four years?’ On that basis, Mitt Romney’s going to win the election. We’re confident.”

At times during tonight’s debate, Mr. Romney seemed to be fazed by the president’s attacks. Politico’s Maggie Haberman asked Mr. Fehrnstrom whether he thought the president had indeed gotten “under Romney’s skin.”

“I think they were both more passionate than they were in the first debate, but again, changing your style or changing your tone as the president did doesn’t change the facts of his record,” Mr. Fehrnstrom said, repeating some of the statistics he had rattled off previously. “These are bad facts and no amount of histrionics by the president can cover them up.”

In addition to sparring with the president, Mr. Romney also repeatedly clashed with the moderator, CNN’s Candy Crowley. Politicker asked Mr. Fehrnstrom what he thought of her performance.

“You know, I think the moderator, she was fine,” said Mr. Fehrnstrom. “You know, I don’t have any complaints about the referee, the umpire. It’s hard to umpire these debates.” 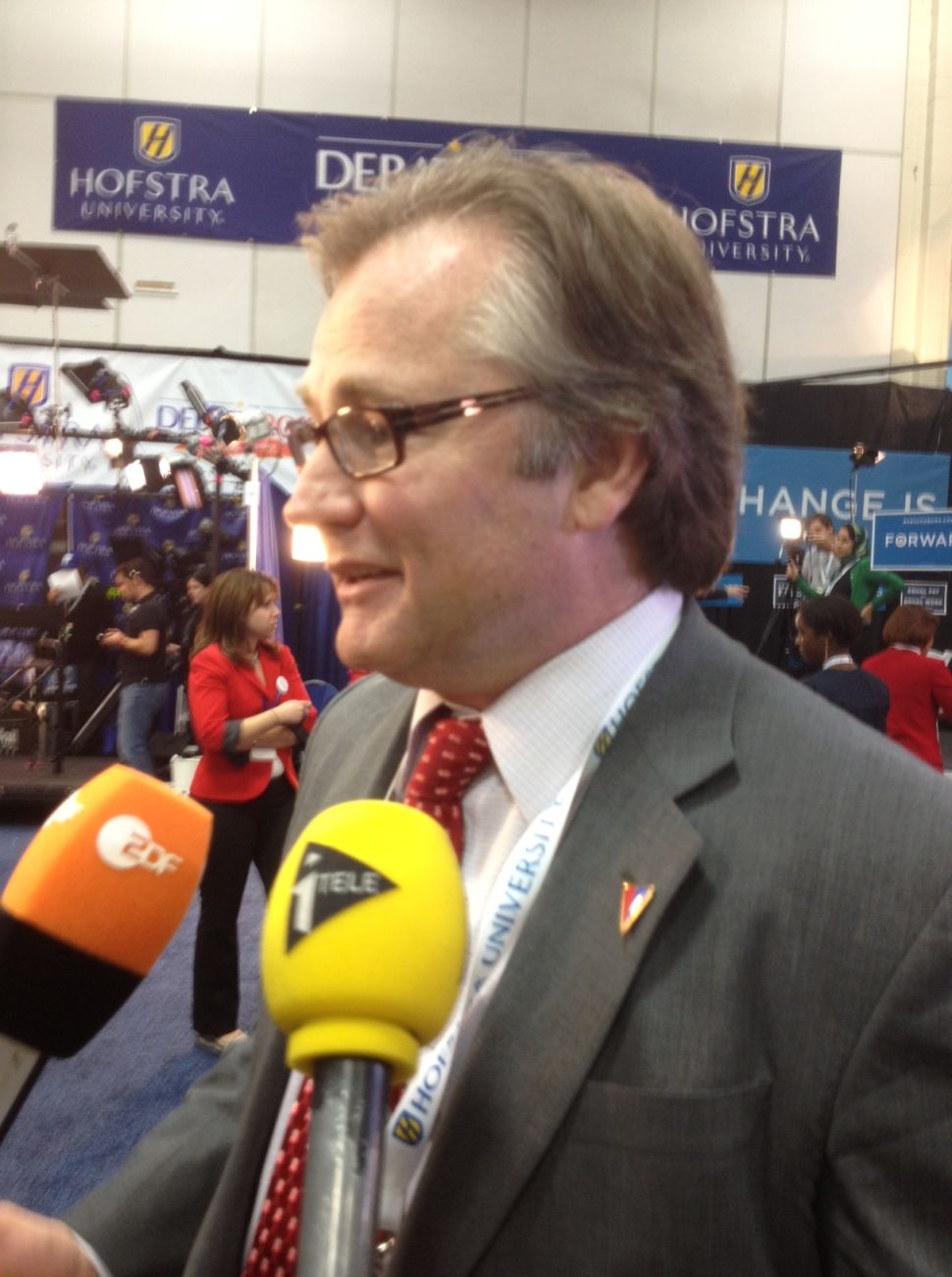