Lights went out below much of 30th. (@aarmita, via Instagram)

As New York awakens to the structural devastation wrought by the wrath of Hurricane Sandy, many–especially in lower Manhattan–are waking to power and Internet outages. Some cell phone carriers also appear to be experiencing issues, making it difficult to place phone calls or send text messages.

After seeing many complaints of Sprint outages on Twitter, Quartz journalist Christopher Mims confirmed with Sprint that there are widespread outages across New York City. “As of now NYC is down; engineers are working on this as we type,” a Sprint rep told him.

Twitter users are also reporting that AT&T cell towers are experiencing service interruptions. We’ve reached out to AT&T to confirm and will update when we hear back.

UPDATE: This Betabeat reporter (DUMBO-based) is having trouble with her Verizon service. Here’s a screenshot:

A fellow Observer reporter and Verizon customer has experienced similar problems in Gowanus, Brooklyn Heights and DUMBO, and we’re getting another report from Twitter.

The resident T-Mobile subscriber still has service, though it’s hard to say whether that’s thanks to her carrier or to the fact she lives in Astoria. 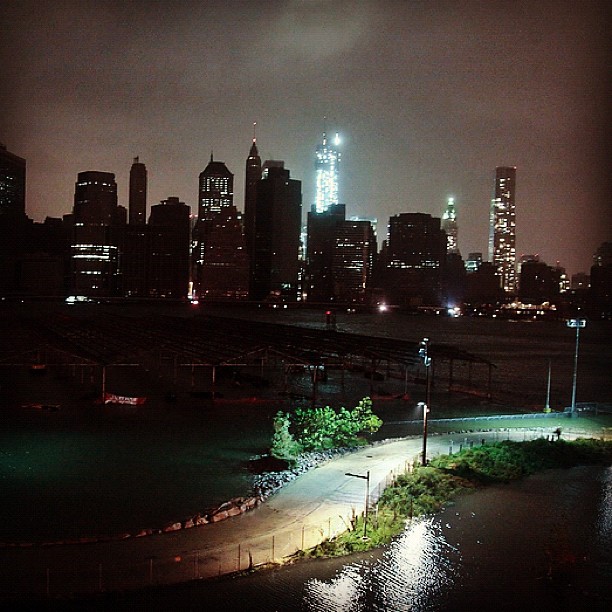