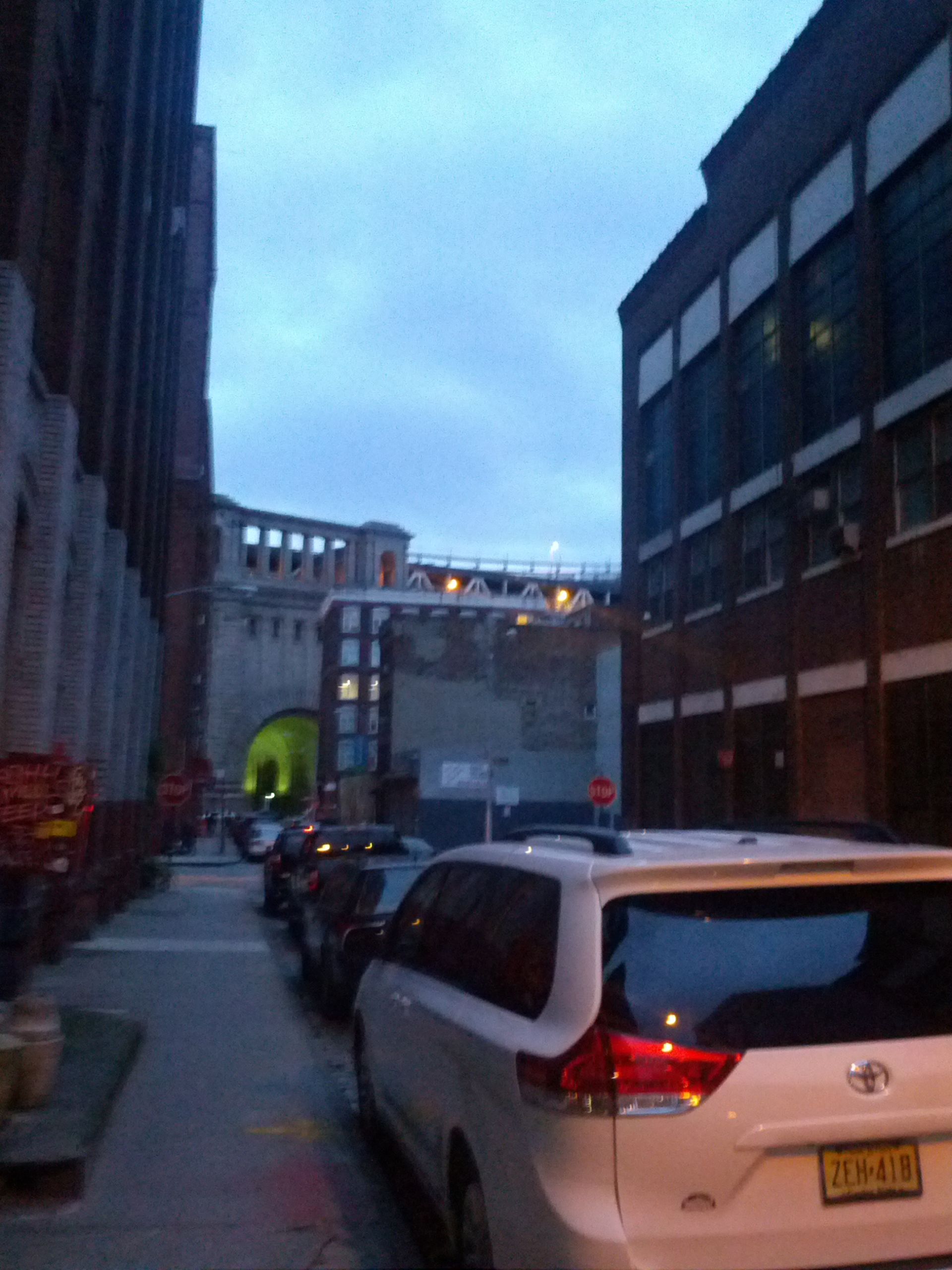 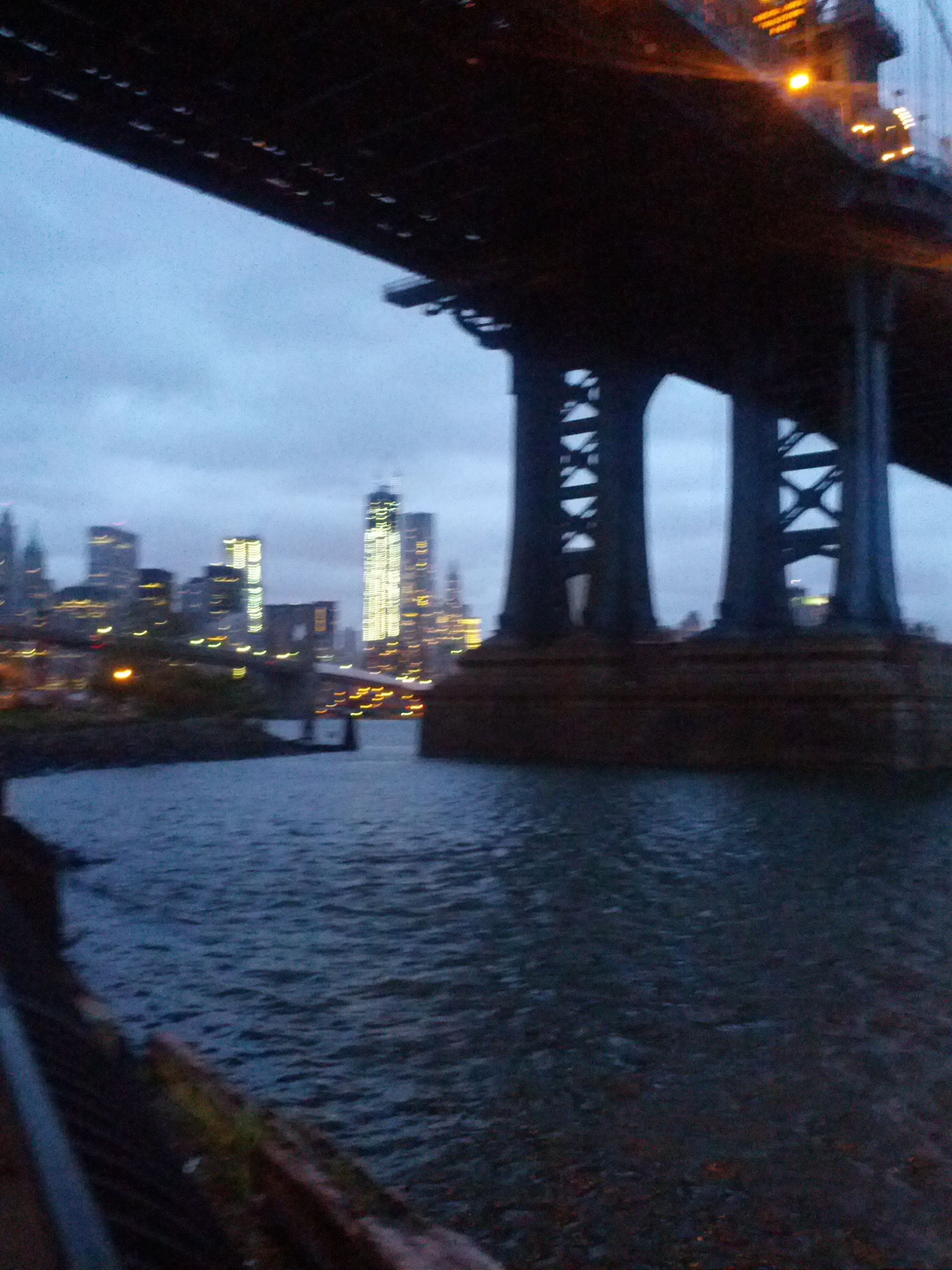 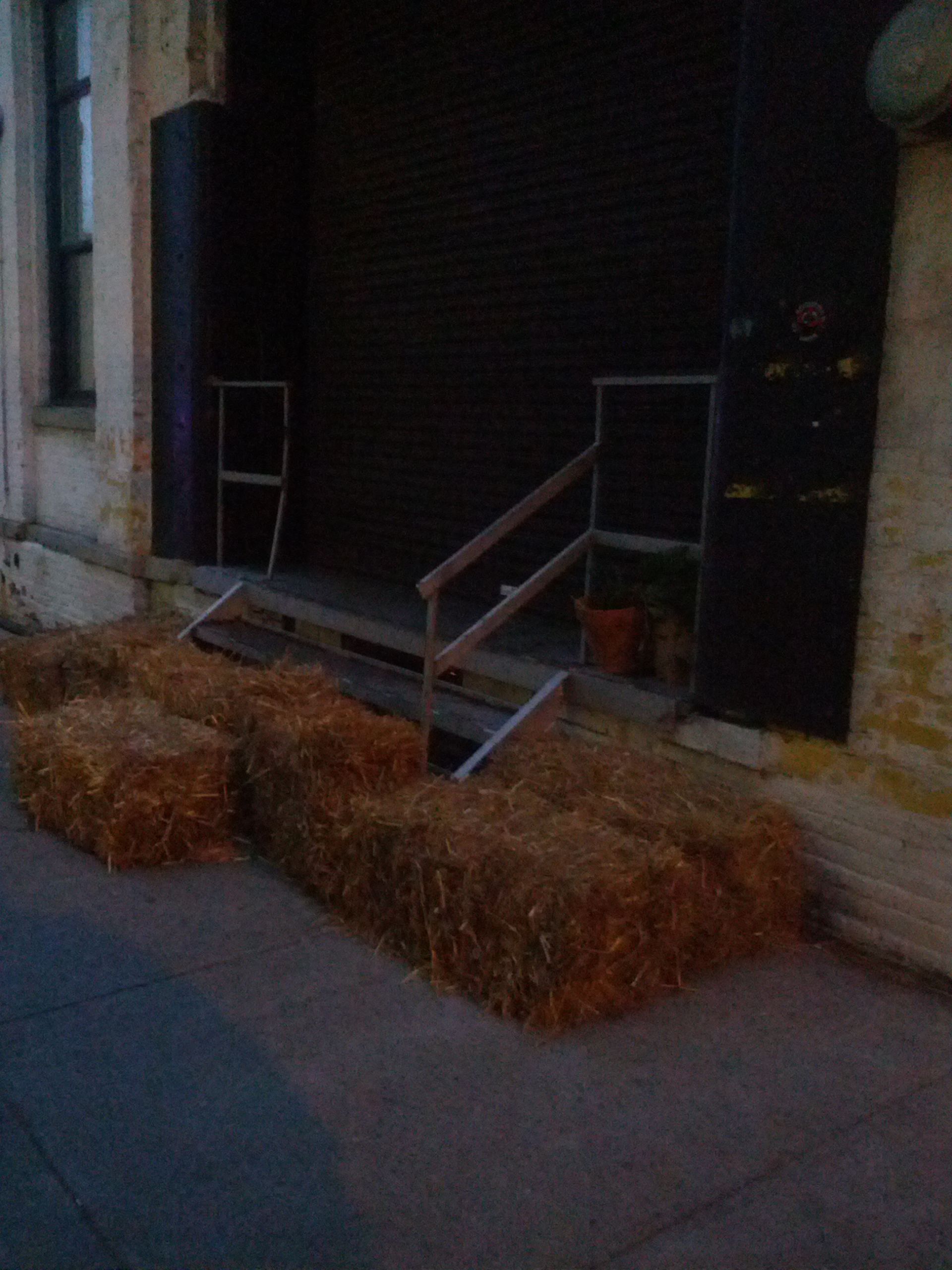 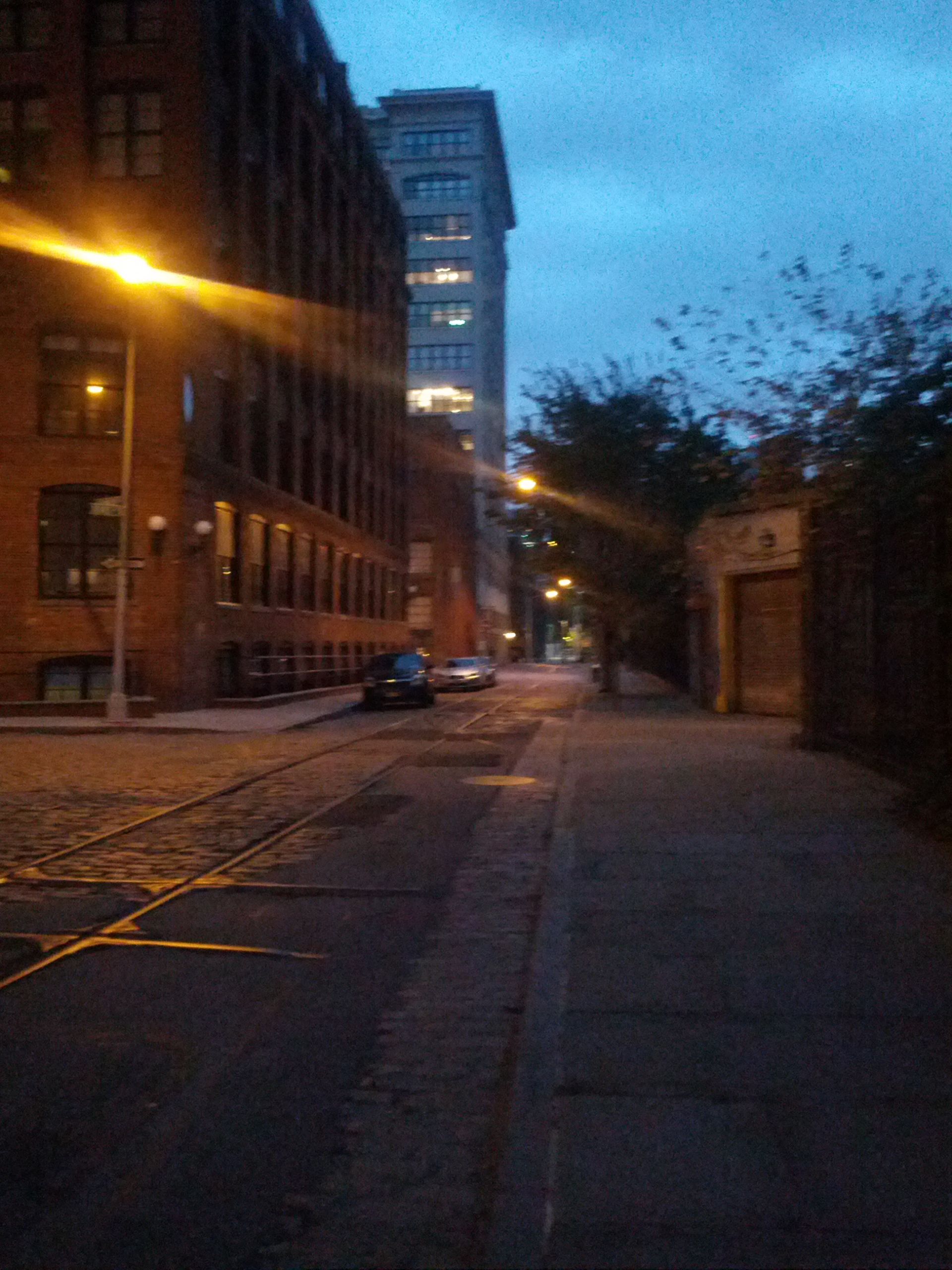 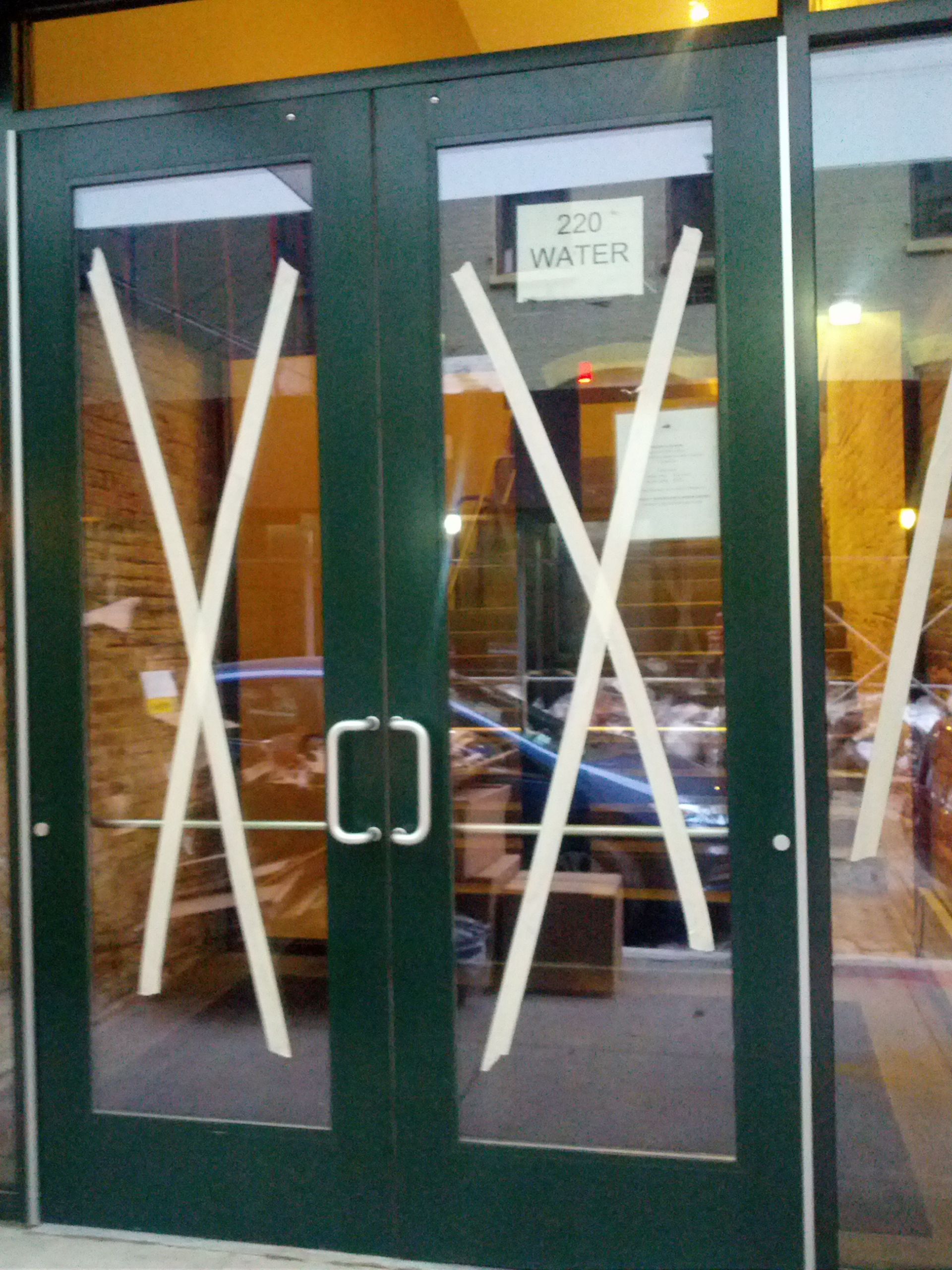 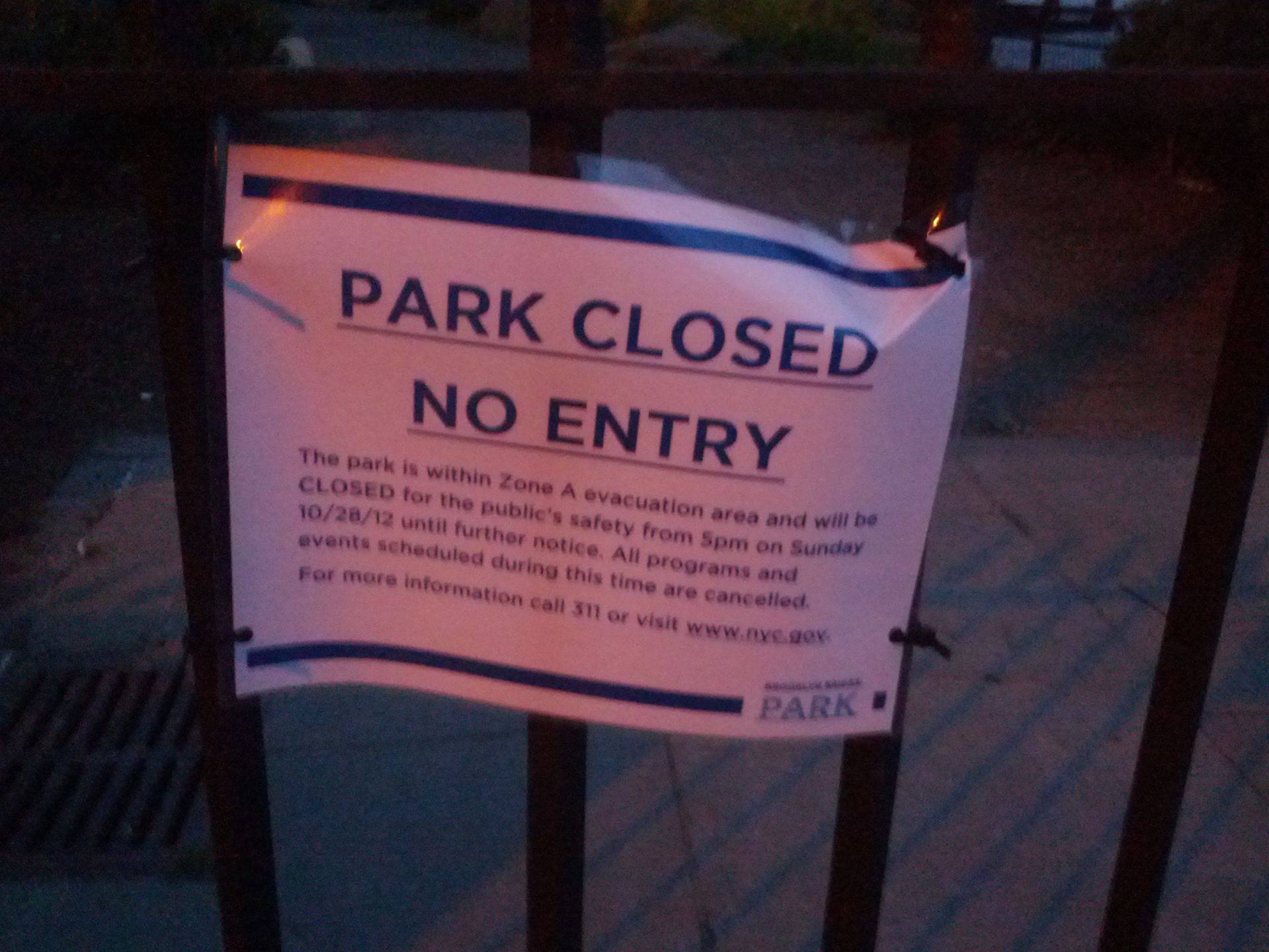 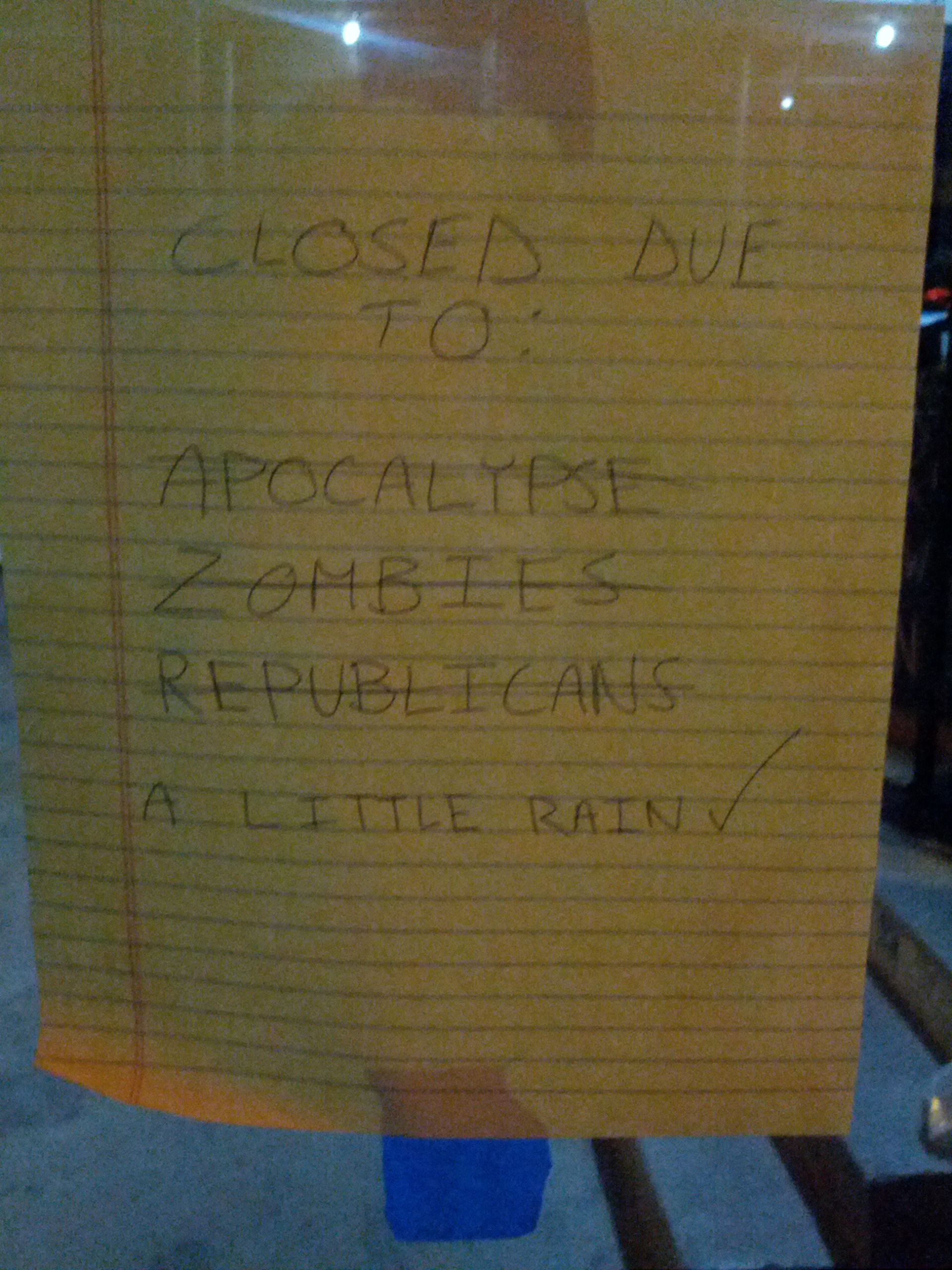 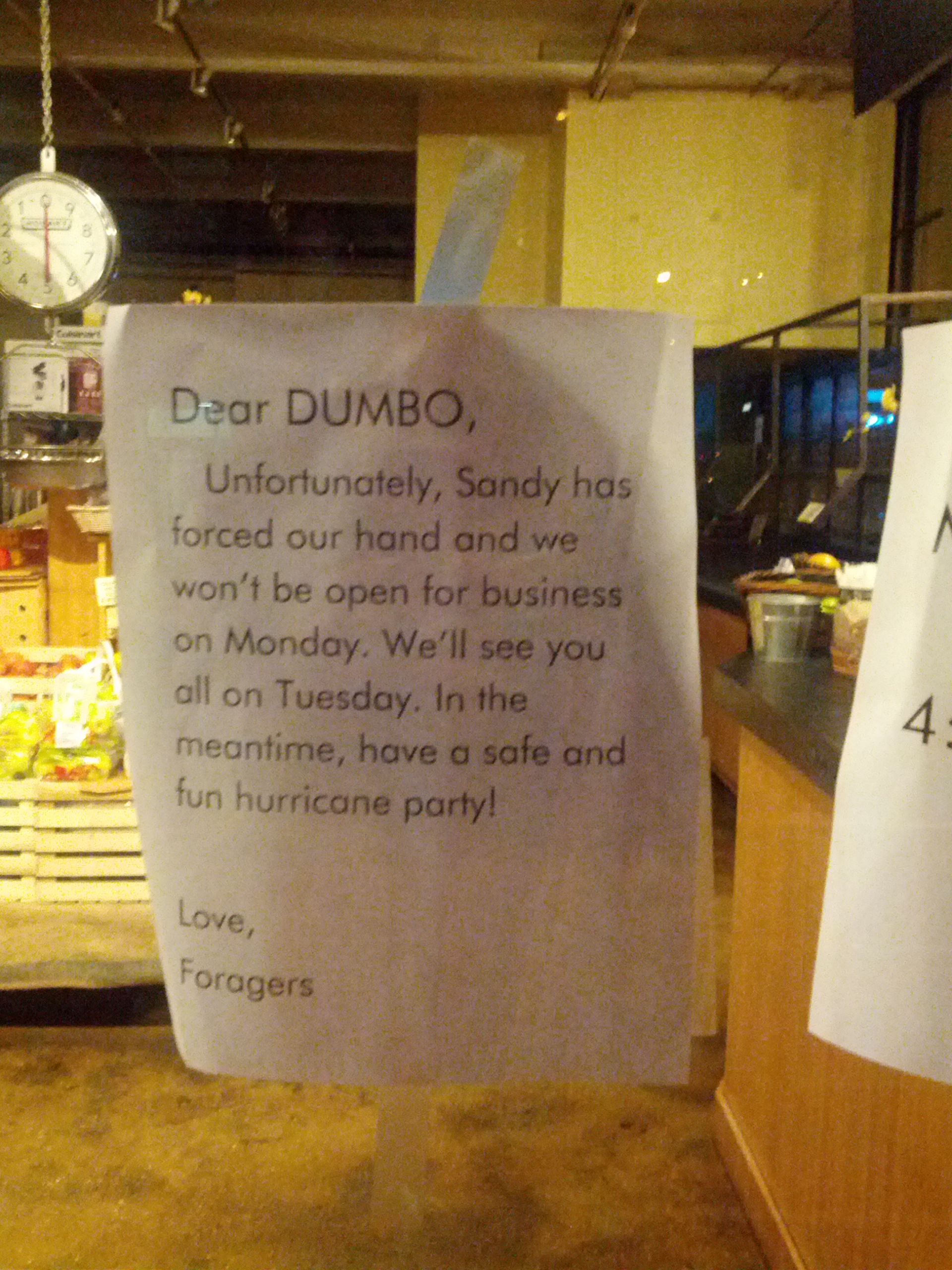 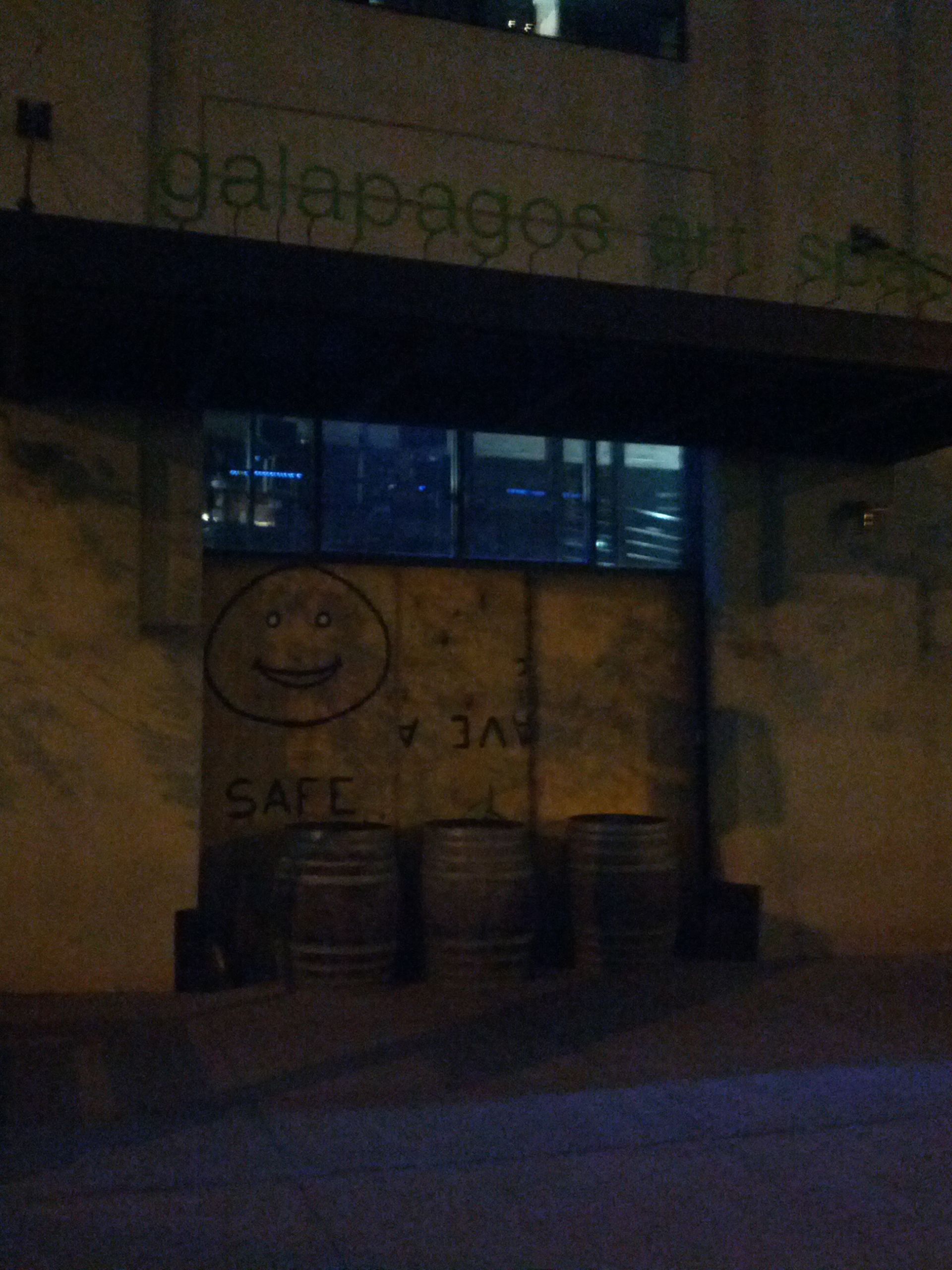 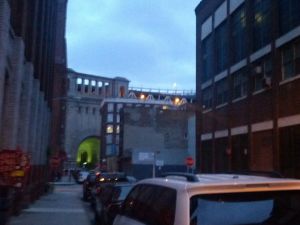 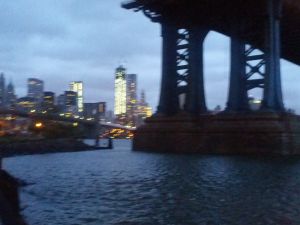 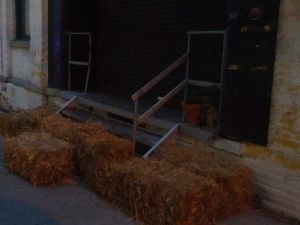 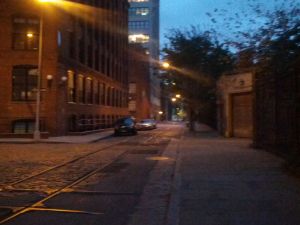 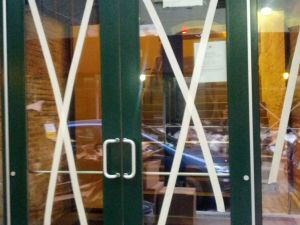 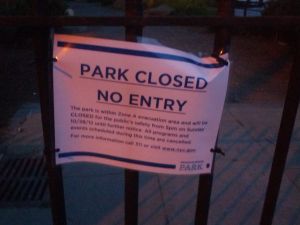 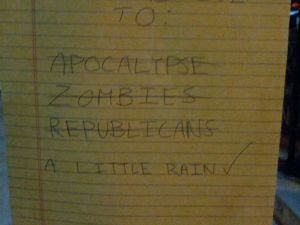 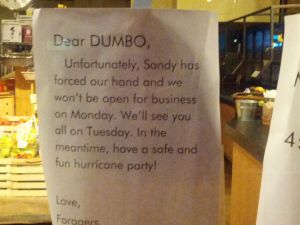 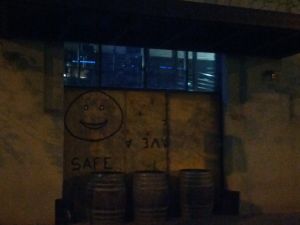 The Dumbo area of Brooklyn, known for its frou frou shops, warehouse-converted lofts inhabited by Anne Hathaway and sweeping views of downtown Manhattan, is bracing for the impact of  Hurricane Sandy. Stretching alongside Brooklyn Bridge Park between the Manhattan and Brooklyn Bridges, much of the neighborhood lies in Zone A, from which Mayor Bloomberg ordered a mandatory evacuation this afternoon. Remaining residents in Zones B and C stayed behind to purchase provisions from the local markets and tape up their windows.

Many of the buildings down by the intersection of Street and Adams Street had placed sandbags or bales of hay in front of their doors to keep from pouring in. Local businesses, like AEGIR Boardworks, took it all in stride, placing humorous signs on their front doors to signal closures. “Closed due to: , , , A Little Rain” read one.

The wind began to thrash us around as The Observer walked down along the perimeter of Brooklyn Bridge Park, which the city ordered closed at 5 p.m. The East River looked gray and angry, lapping up against the jagged rocks that separate it from the path that cuts through the park. The only other people out on the street were other curious observers, donning parkas though the rain hadn’t begun yet.

In Peas and Pickles, a local market on Front Street, the shelves appeared ransacked: most canned goods were gone, though strangely there was a lot more beer left than we’d imagined. The line extended 15-people deep as shoppers cradled bottled , boxes of cereal and ready-made deli meals.

As the wind grew sharper, we decided to head back home. The streets were eerily empty, except for a few neighbors scurrying back into their buildings with bags overflowing with groceries.