Old wounds were pried open this morning with the announcement of Tech Homecoming, an event sponsored by the likes of Bing and Sailthru that promises to immediately launch members of New York’s tech community into a painful round of high school reminiscences.

The event includes everything that made you long for sweet, sweet escape to college the first time around: a most popular contest, something called “football” and an awkward dance where hopefully Mayor Bloomberg will be on hand as chaperone, to chastise you for “bump and grinding.”

We look forward to dodging the mandatory pep rally in favor of dicking around in the debate office, right next to the computer lab full of engineers who were conspicuously absent from the list of honorees, probably because they were too busy–pardon the expression–fucking shipping.

Because, in all seriousness, for an industry compromised of people who try their damndest to avoid conventional wisdom, putting everyone in little boxes (literally!) feels painfully retrograde. There’s a reason we said tech needs to get uncool again.


Nor are we the only ones feeling a tad discomfited by this idea. The reception has been, shall we say, mixed.

Somebody needs to Carrie this techhomecoming.com

Meanwhile, it sounds like The Awl (who obliged Mr. Finkler’s request, via GIF) will sending a contingent, of a sorts:

Great, the rest of us—the sluts, burn-outs, goths and, right, the BROWN PEOPLE AND HOMOS AND OUR GOOD FRIENDS THE FATTIES—will all meet outside and smoke joints and throw water balloons at you. See you there, Heathers.

One Chicagoan had a very visceral copyeditor’s reaction:

One honoree is not happy to see her name on the website and sounds about ready to call down a pox on the houses of everyone involved:

why am i on tech homecoming site, told them i didn’t want to participate. — Lauren Leto (@laurenleto) October 17, 2012

homecoming was the fucking worst thing on earth for me (and i’m sure plenty others). fuck high school & those who want to relive it. — Lauren Leto (@laurenleto) October 17, 2012

Someone should probably go check on poor Matt Langer:

sorry, still hung up on this, easily among the top five worst things to ever happen in human history techhomecoming.com

However, condemnation is not universal. For example, the sponsors and participants sound pretty tickled:

Vote for @sailthru in the upcoming @techhomecoming superlatives for the best office space! ow.ly/eyhJI 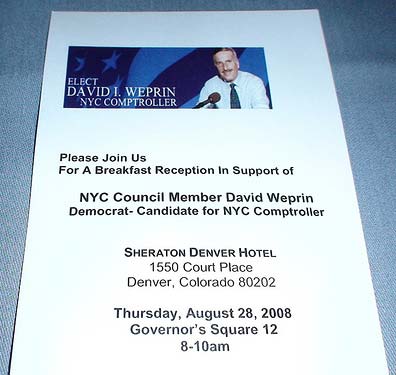