As governor of a high-profile state with an almost astronomical approval rating and proven bipartisan appeal, Andrew Cuomo would seem a powerfully effective campaign-trail surrogate for President Barack Obama. However, though last night’s presidential debate was held in his beloved home state, the governor’s name did not appear on the list of spin room surrogates distributed by the Obama campaign yesterday morning. Fellow governors Martin O’Malley of Maryland and Deval Patrick of Massachusetts, had signed up to give their post-game assessments to throngs of national media, as had local New York politicians Senator Chuck Schumer and Congresswoman Nydia Velazquez. But not Andy.

Though he wasn’t part of the Obama campaign’s official post-debate presence, however, Governor Cuomo, whose office had been made aware Politicker was working on a story that included discussion of his relationship with the Obama campaign, strolled onto spin alley a short time after the sanctioned surrogates had begun speaking to the assembled reporters.

“I didn’t know you had to sign up for an official surrogate,” he told us when we asked why he wasn’t on the Obama campaign’s list of spin alley representatives.

We pointed out that the other, official surrogates stood in front of tall signs that marked their presence in the crowd.

Reporters began to shift the discussion to other topics, but the governor paused for several seconds, musing over his unique status.

“I’ve been in the spin room many times, I don’t think I’ve ever had a sign, as a matter of fact,” he said, staring at another surrogate’s sign in front of him. “I wonder if that means something?”

Mr. Cuomo isn’t the only one wondering.

His surprise debate appearance was just the latest example of the governor’s maverick, relatively under-the-radar presence on the campaign trail. Both Mr. Cuomo and Mr. O’Malley are widely touted as possible candidates for the 2016 presidential election, but when it comes to their forays into the national political arena this time around, the two men are pursuing divergent strategies. Since June, Mr. O’Malley has eagerly taken a public role in the president’s re-election campaign at least 17 times, releasing multiple statements on behalf of Mr. Obama, appearing on both cable and network news to discuss the election, participating in Obama campaign conference calls, and offering the administration’s take at the Republican National Convention, the Democratic National Convention and the two presidential debates held so far. Mr. Cuomo, by contrast, has marched to the beat of his own drum and kept his focus squarely on his home state, burnishing a carefully controlled brand as the brash, bipartisan reformer who finally parted the clouds in Albany, ushering in an era of relative peace and prosperity after years of darkness and dysfunction. Meanwhile, he has kept even the local press at arm’s length, doing regular interviews only with a pair of preferred radio reporters, rarely holding briefings and, according to multiple Albany journalists, cutting off access to reporters whose coverage is deemed unflattering by the governor’s office.

At last night’s debate, we asked Mr. O’Malley why he thought Mr. Cuomo hasn’t take a more public role pushing for President Obama’s re-election effort and why the New York governor wasn’t with him on the official surrogate list. 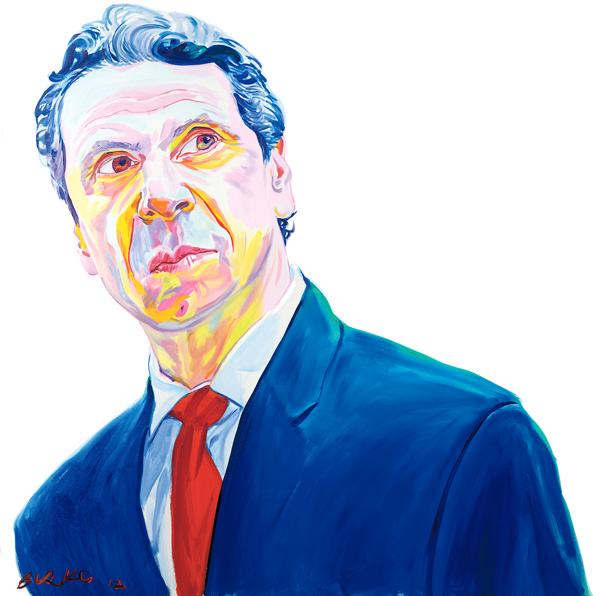