Please note that use cases include “Glasses of Tumblr.” (Photo: Tumblr)

Some good news today if you’re tired of relying on Instagram and/or that boring old smartphone camera to take breakfast pics for your Tumblr. The company has just released Photoset, a new app devoted wholly to “creating and sharing beautiful high-res photosets on your iPhone or iPad.”

Those of us still pecking away on lousy old Androids must make do without, for now.

According to an announcement on the Tumblr staff blog:

“Photosets have been one of our favorite additions to Tumblr. You’ve surprised us a thousand times over with your creativity. It’s hard to imagine Tumblr without photos, and we love the power a set of photos has to tell a story.

The new Photoset app is an elegant way to create photosets, even if you’re not using Tumblr. Just tap and drag to lay out your photoset. Once you’ve got it just right, post to your blog or upload to photoset.com — where it can be shared with anyone, anywhere.”

Use it to show off all angles of your sick ride. (Photo: Tumblr)

Photoset is already available for download in the app store.

Tumblr’s stepping into a crowded space by releasing its own, standalone photo-sharing app–but then again, with Instagram now the property of Facebook, it’s easy to see why the microblogging service slash social network would want something home-brewed.

As for why release a wholly new app without Tumblr branding, instead of improving the company’s current mobile offering, Director of Special Projects Justin Ouellette told TechCrunch,

“It was really organic, we’re all about building cool things at Tumblr and it felt like a very natural thing to break out. One of our favorite features on Tumblr is photos, so we just decided to go for it.” 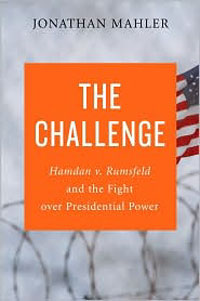