At his 98th Town Hall, Gov. Chris Christie signed the Warren County Republican senator’s and Mercer County Democratic senator’s bill designating Route 31 as the “Tri-County Purple Heart Memorial Highway.” It’s no small victory for the rest of us when politicians don’t name something after themselves.

After getting charged with DWI, the 4th District assemblyman went on offense with counter charges against the arresting Washington Township officer, which resulted in a judge issuing 13 complaints against the officer.

The South Jersey Democratic Party beast claimed the bloody mantle of most powerful non-elected official in New Jersey this week as Number 1 on PolitickerNJ.com’s Power List.

Every incumbent in the state is up by double digits. That’s the nature of incumbency a year after redistricting with the state’s one casualty (Steve Rothman) already accounted for. But a Stockton poll this week shows the 2nd Congressional District Republican crushing his opponent, 54-34%.

Relentlessly campaigning for red state Republicans nationally, the New Jersey governor finds himself handcuffed now to Indiana Senate candidate Richard Mourdock, who this week claimed that pregnancy resulting from rape is “something God intended” and is “a gift from God.” A long-cowed New Jersey Democratic Party delegation suddenly has the infuriated moral high ground.

County fundraising is at a five-year low as state election officials say next year’s gubernatorial and legislative showdowns have trumped national politics. Preliminary numbers show that Republicans and Democrats together raised nearly $3.7 million and spent less than $3.2 million in the first three quarters, according to the New Jersey Election Law Enforcement Commission.

Superior Court Judge John A. Casarow this week issued 13 of 27 complaints that Assemblyman Paul Moriarty (D-4) filed against the officer who arrested him this past summer for DWI. The charges against the Washington Township Patrolman include filing false reports, committing acts of perjury, tampering with public records, and committing official misconduct.

Reeling in her little-discussed challenge of incumbent U.S. Rep. Frank Pallone (D-6), Little’s one chance at a demagogic rush with unfurled anti-Pallone banners waving in a booing audience would have been at a scheduled League of Women Voters forum. But it was canceled.  Date doesn’t work. 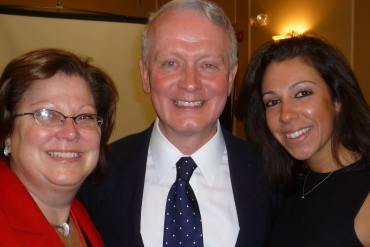