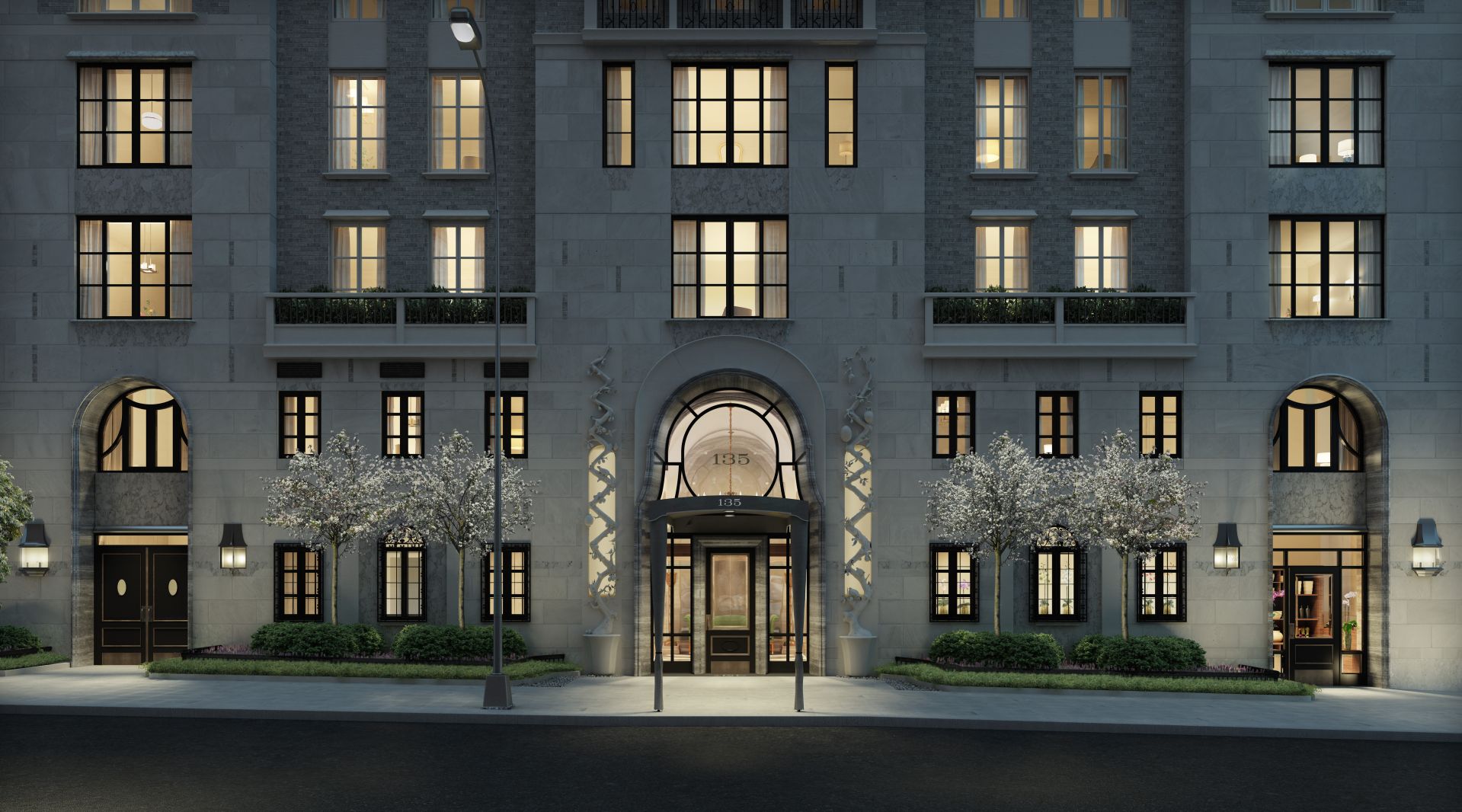 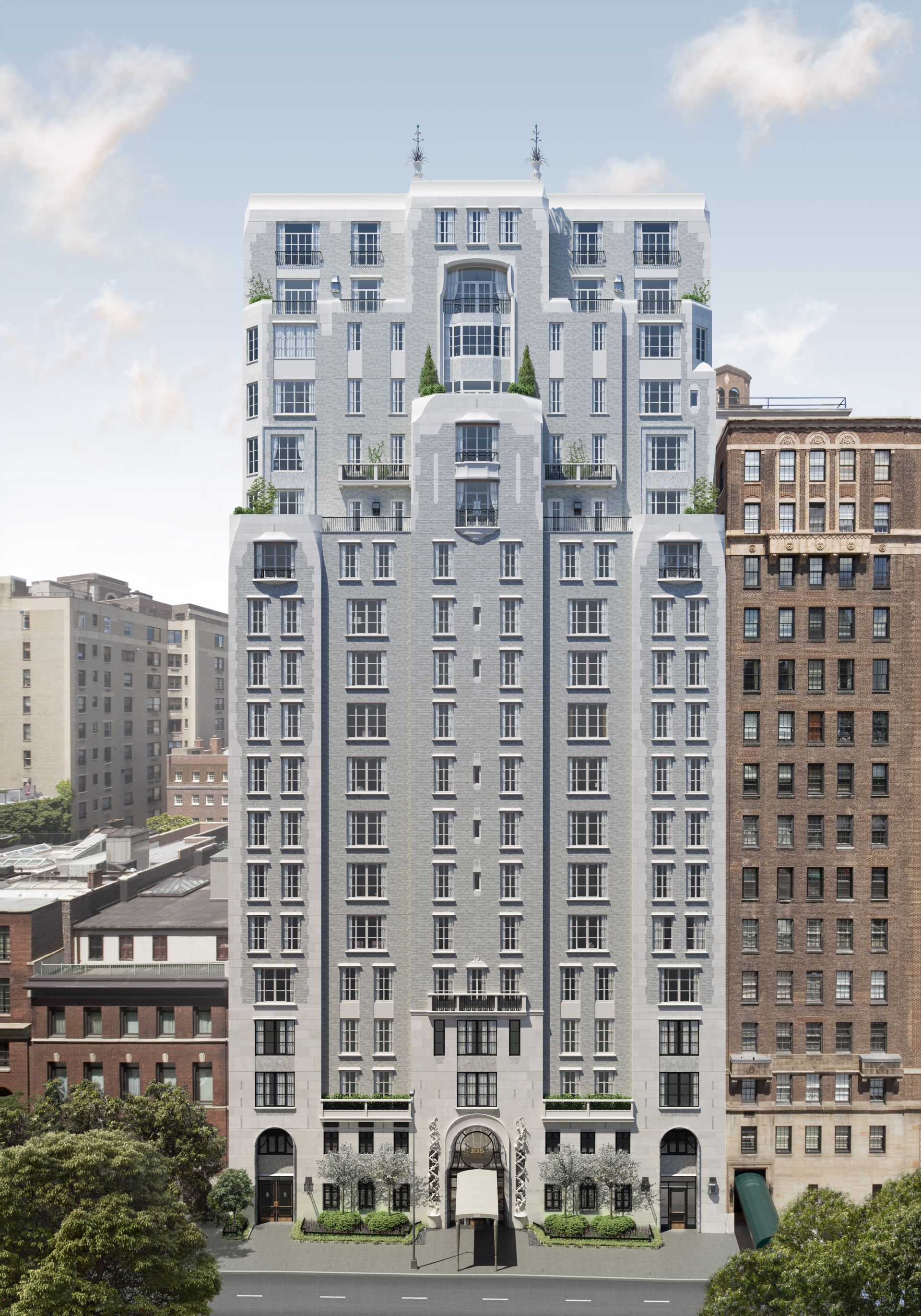 The exterior of the building. It's limestone, of course. 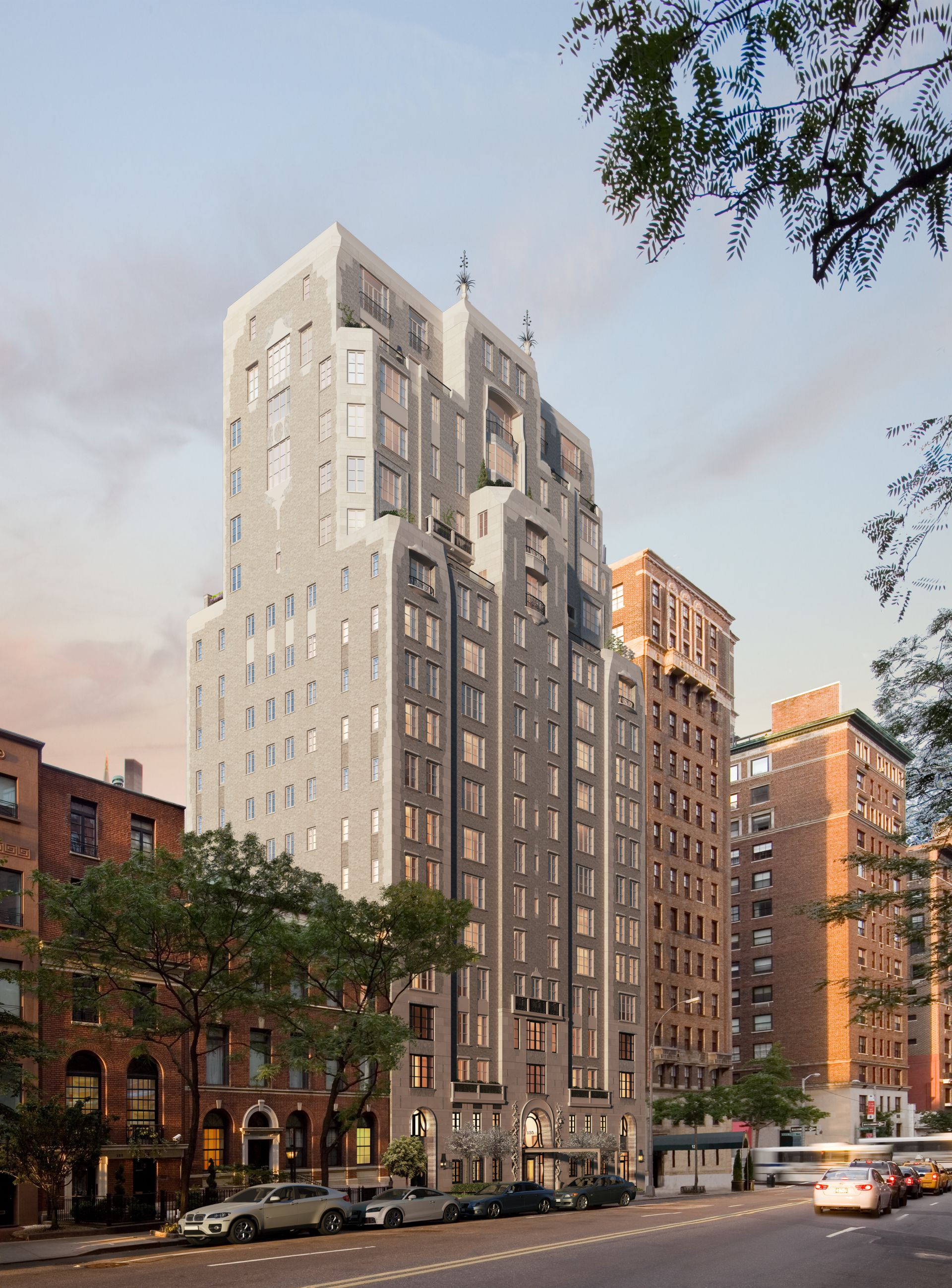 And here she is from the side. 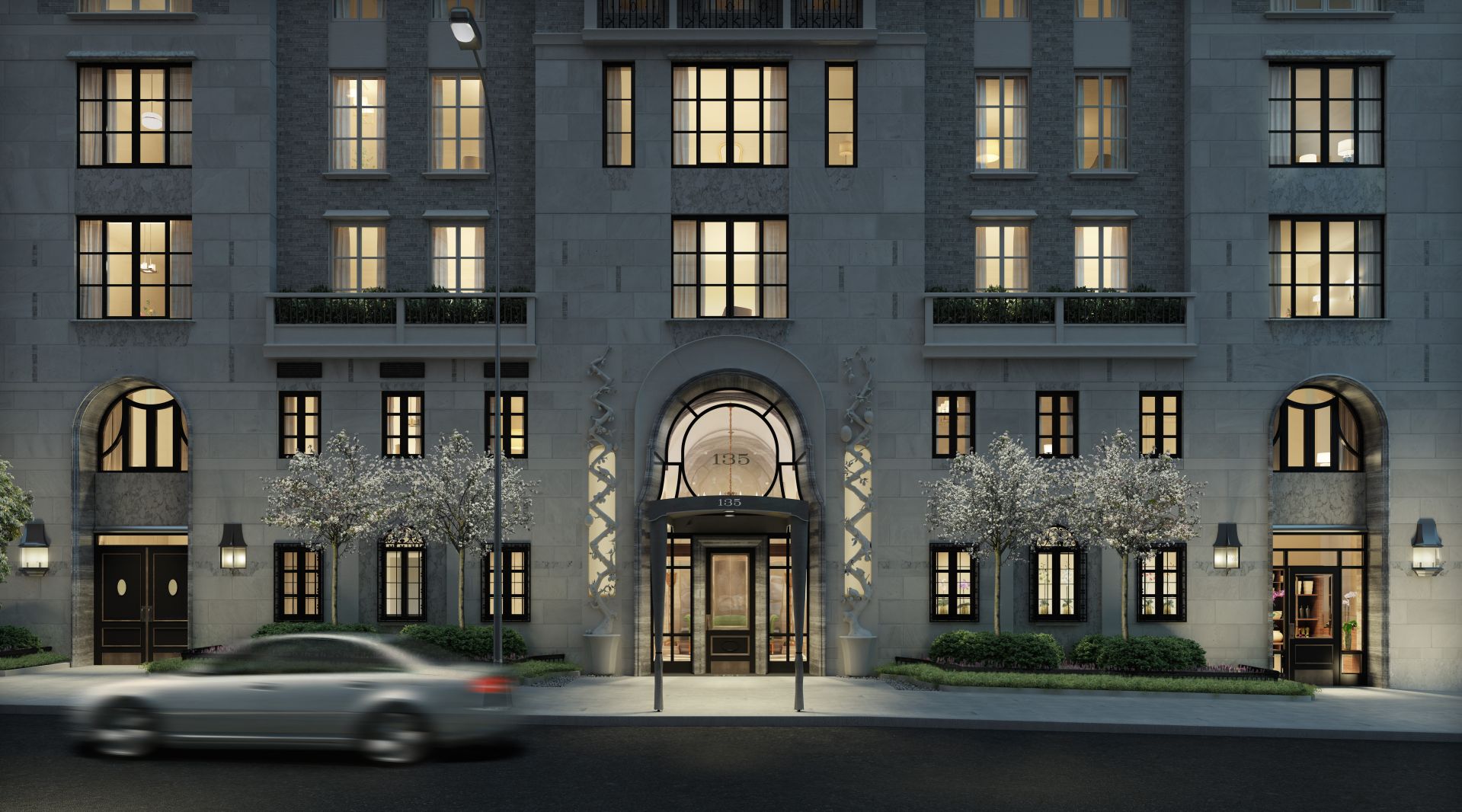 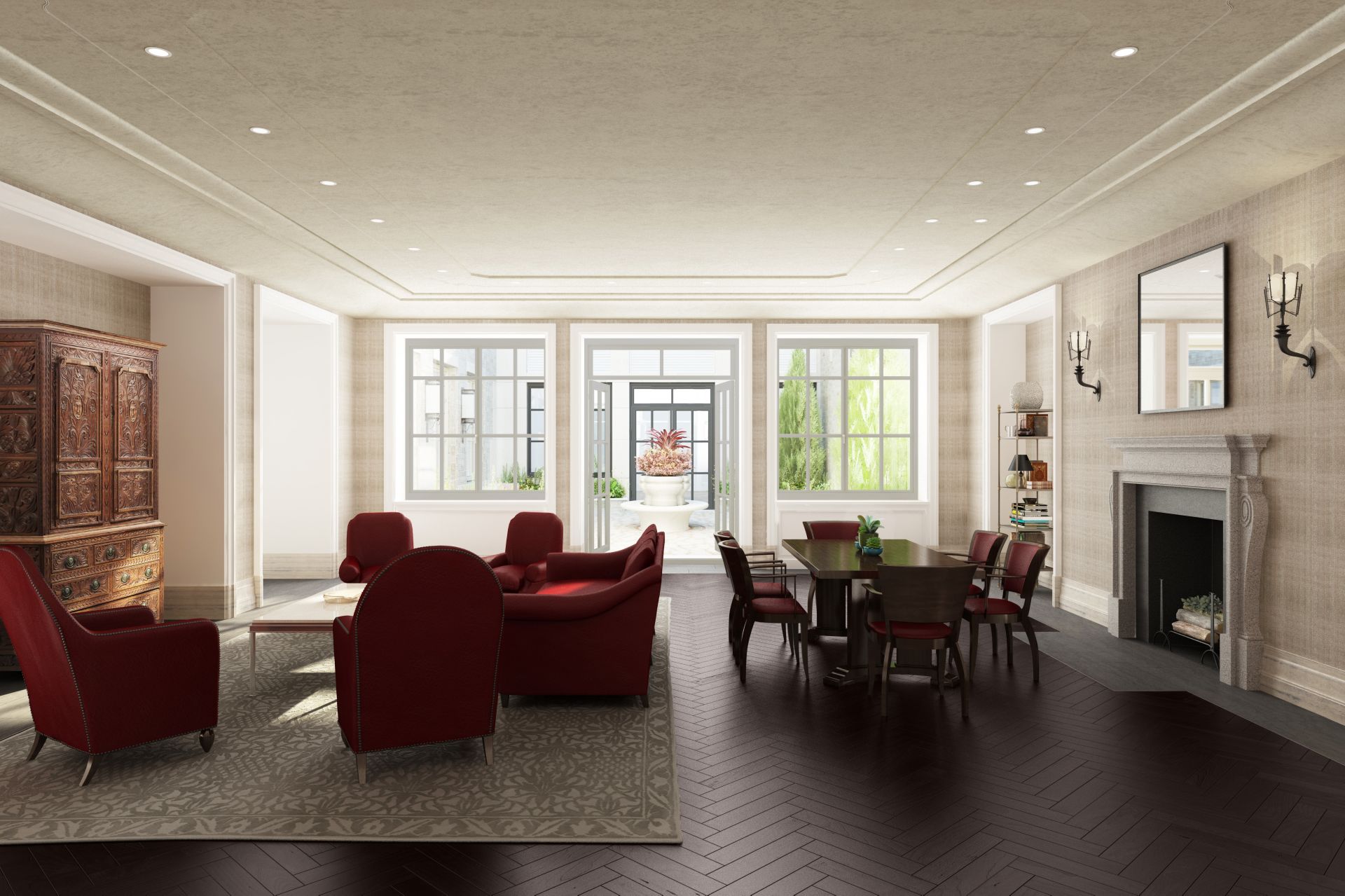 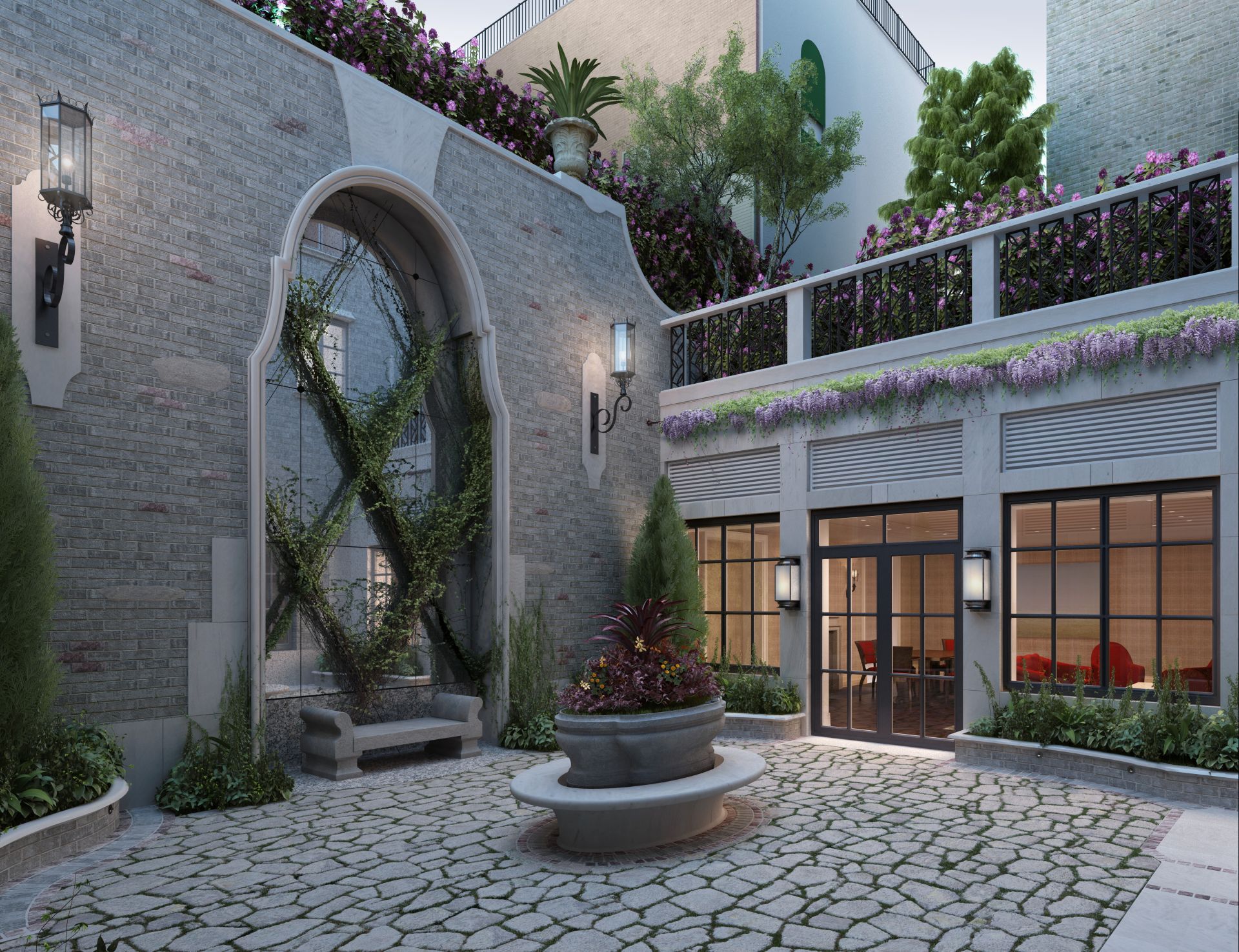 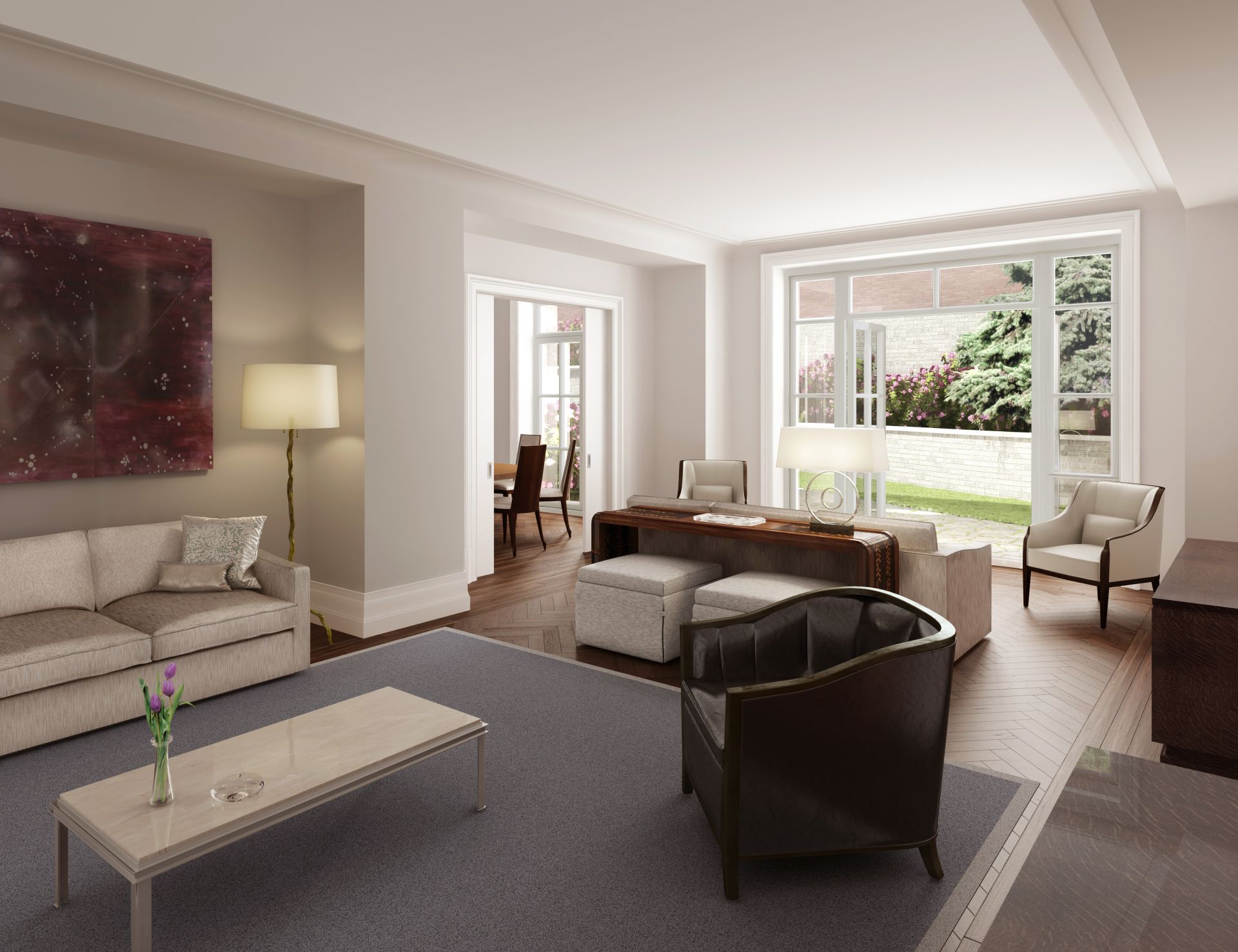 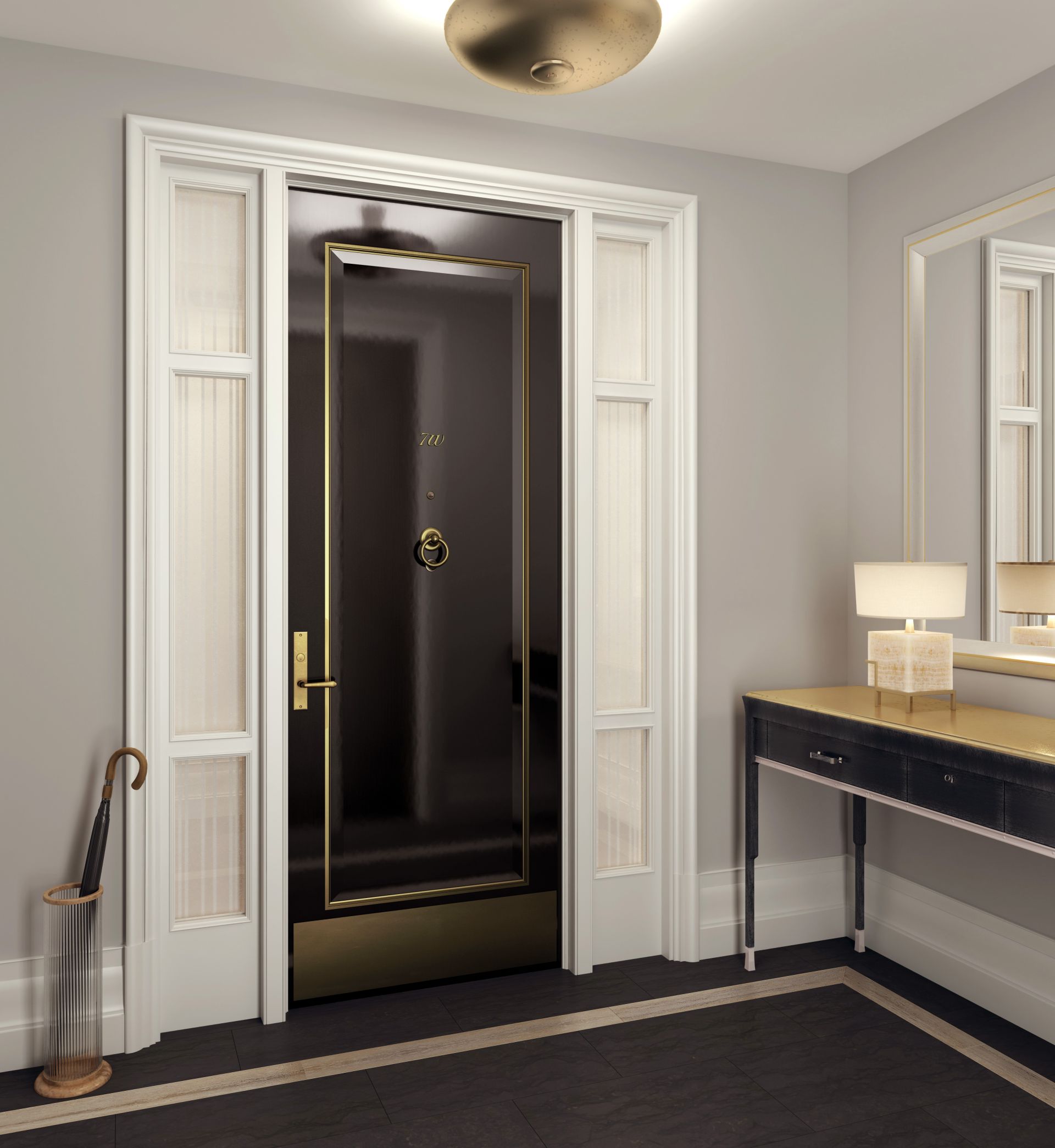 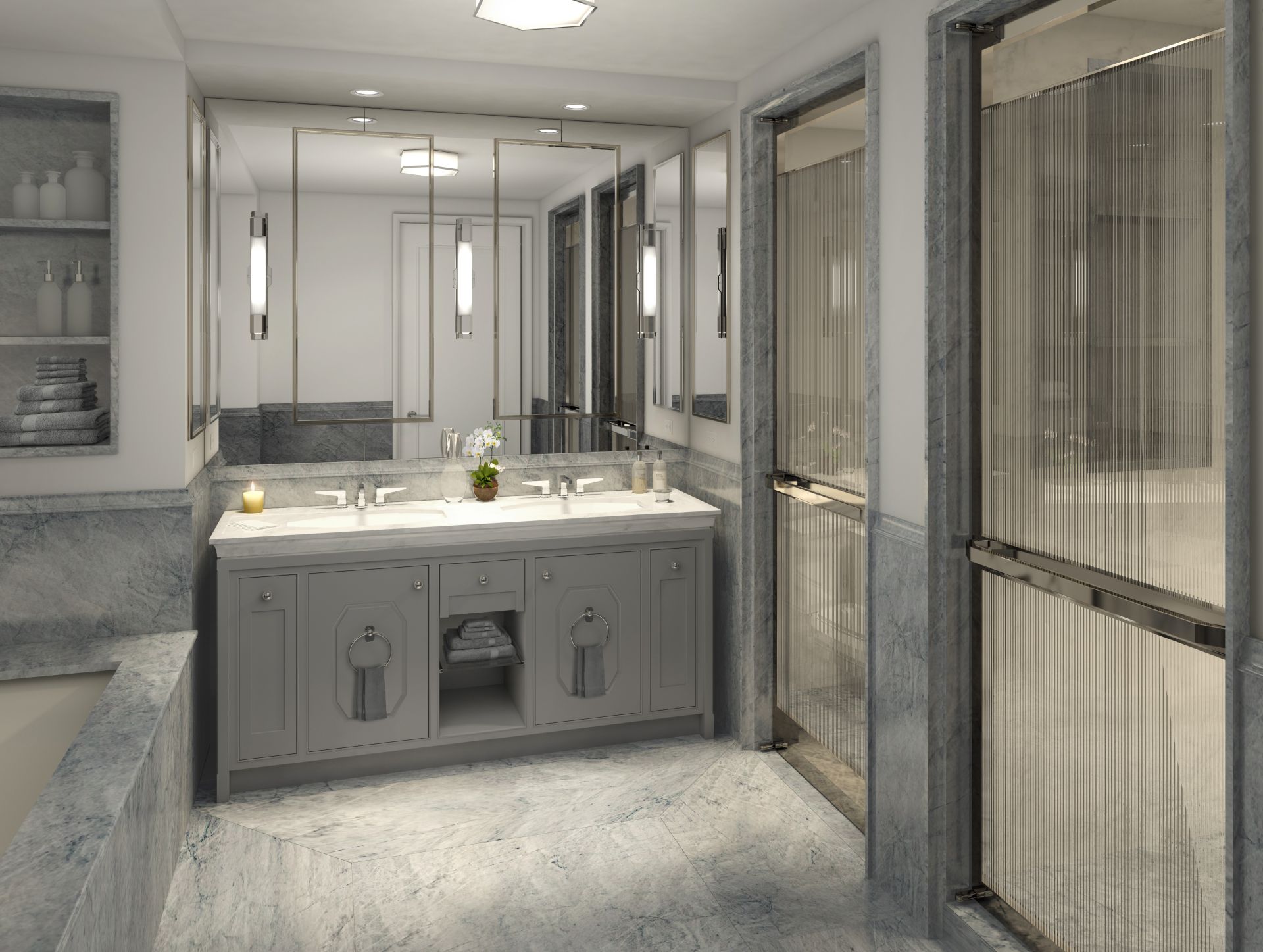 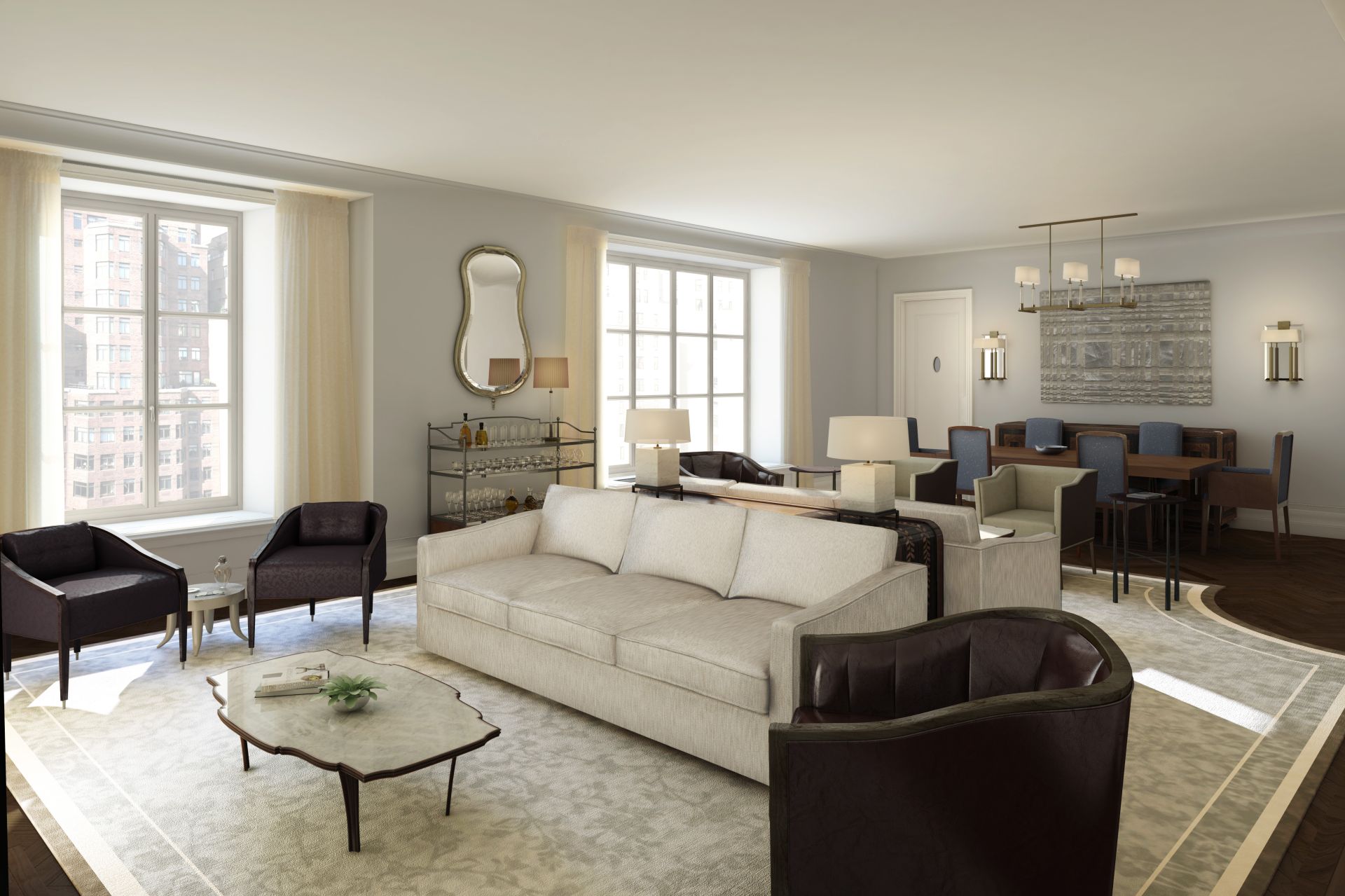 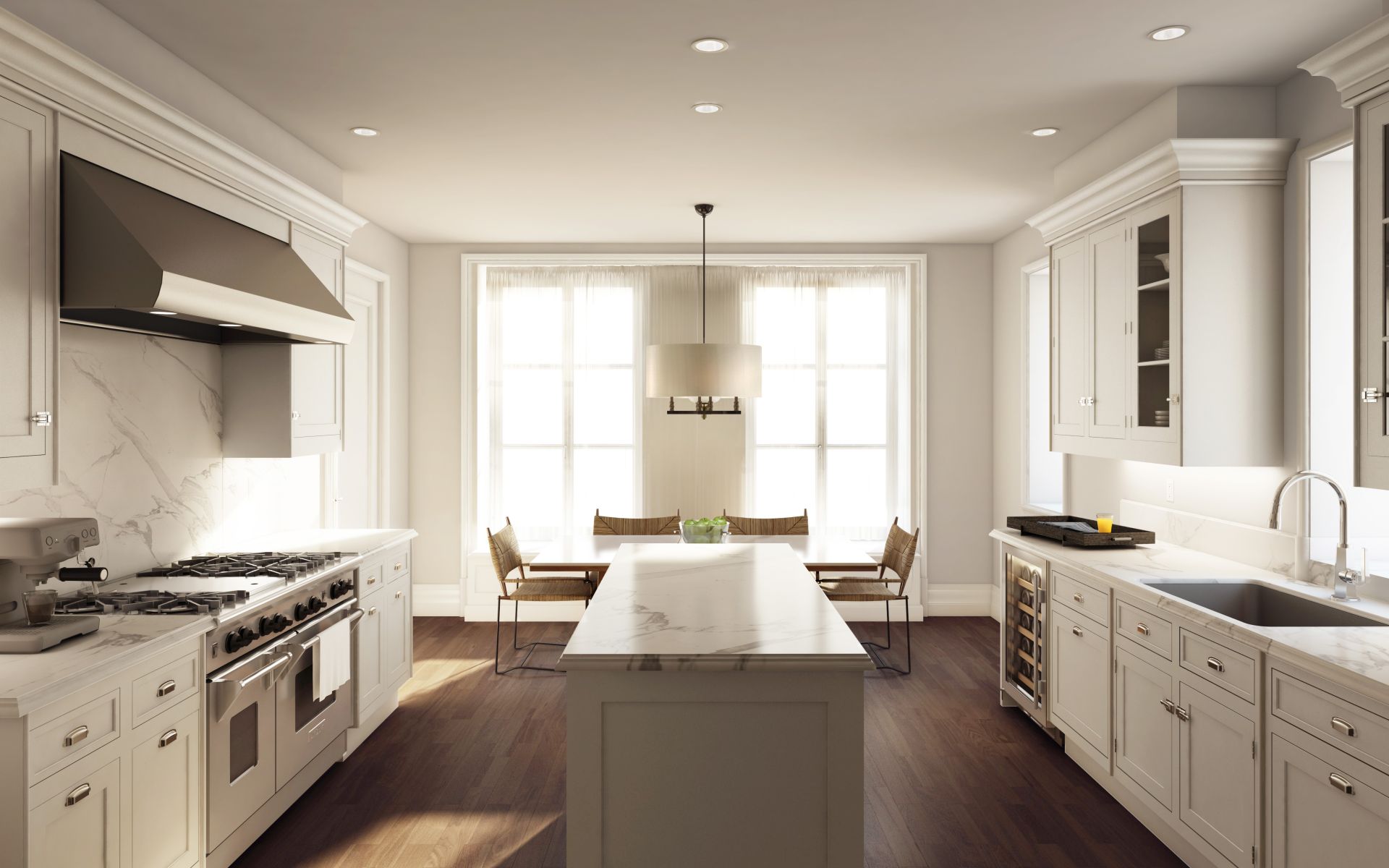 A spacious kitchen. No big surprise--the kitchen is becoming one of the most beloved rooms in the house even if no one has time to cook anymore. 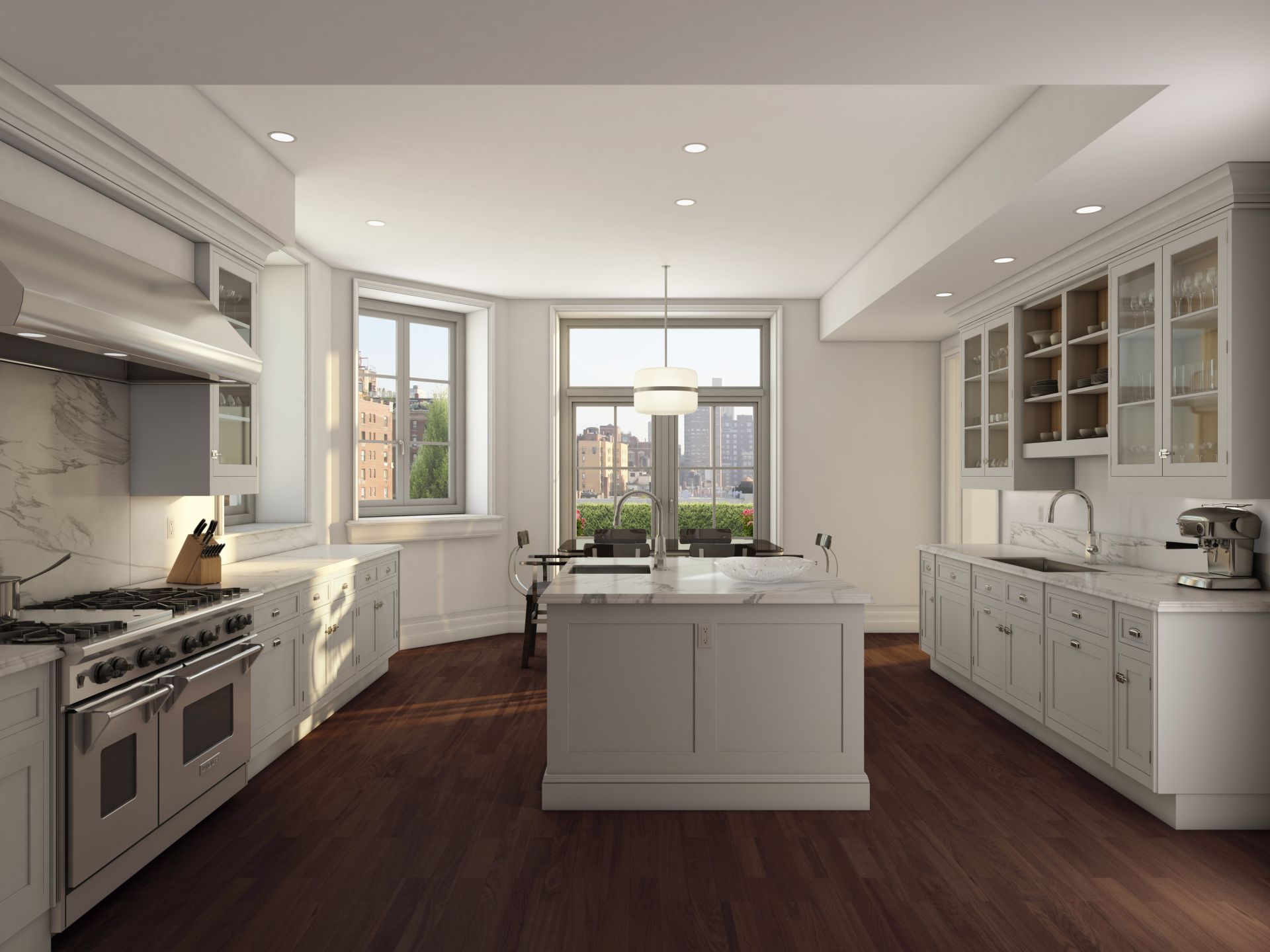 But the penthouse kitchen is even bigger. 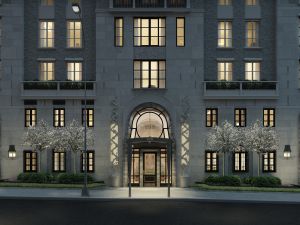 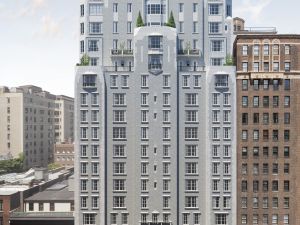 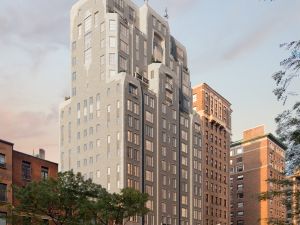 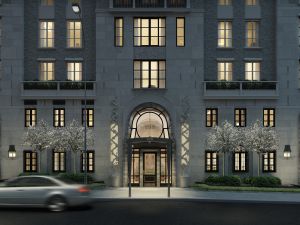 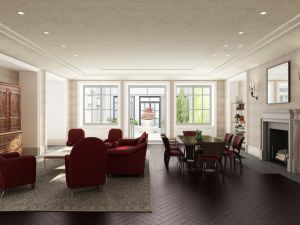 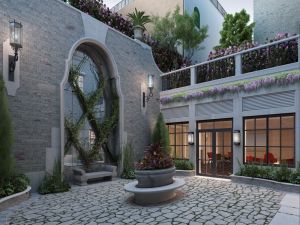 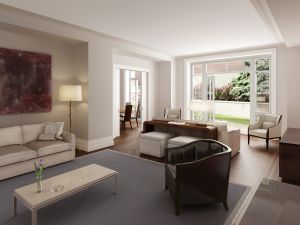 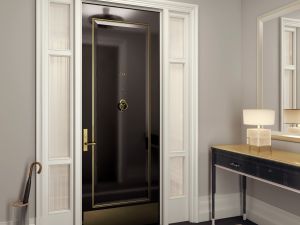 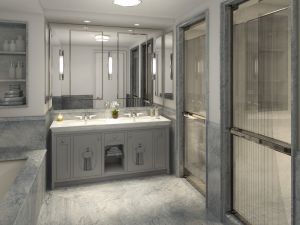 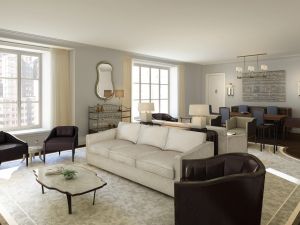 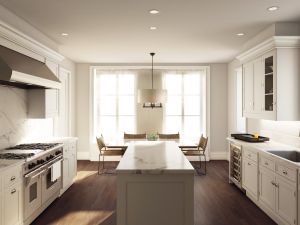 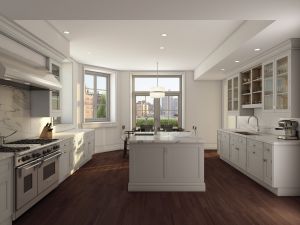 Not every building wants to be a glassy sky spire like One57, or feels the needs to race to the clouds like 432 Park. Why redefine luxury when it’s been done so well—arguably as well it can be done—already? That’s the question posed by the unabashedly old-fashioned 19-story residential tower at 135 East 79th Street.

The Brodsky Organization finally has interior renderings of the building that’s rising (it’s still an orange-sheathed construction site) on the site of the former Hunter College School of Social Work. They reveal a building that’s about as pre-war as a post-war place can be (if you don’t count 15 CPW). Or, as the building’s newly launched website puts it: “a masterful expression of rigorous craftsmanship not seen on the Upper East Side in almost a century.”

Designed by William Sofield, the building is poised to include lots of super fancy touches like a facade of “hand-laid Indiana limestone and brick” with antique window grilles from the same foundry that forged the gates for Buckingham Palace. Inside, the floor-throughs and half-floor units have white oak herringbone floors, hand-painted Christopher Peacock cabinetry and ceilings that stretch up to 11 feet.

In case the renderings induce any swooning in potential buyers (and apparently it has, as we hear that several units are already in contract), the building’s sales office has opened off-site at 654 Madison Avenue.