We petition the 25,000 (plus/minus 24,986) hipsters living in the McKibbin Lofts trying to secede from the “Williamsburg” portion of their neighborhood’s title to:

Take a look at yourselves. Seriously, did you even read this petition before you self-righteously signed it with your artisanal ink well and ironic quill? Because we did:

The founding hipsters first arrived on Bedford Avenue two decades earlier convinced that the East Village was “overpriced” and that more generally, Manhattan was “so over.”

In recent years, the trustifarians have turned the Bedford Avenue area into a disneyland of fashionable shops and expensive cocktail bars. The baby-bankers living in the glass, waterfront towers have pushed out the smack junkies and complain to the police about “noise” from rock musicians.

Up for debate. You know that right? You guys live in Bushwick, for the most part. Most of you were duped into thinking you were living in some subset of Brooklyn’s hippest neighborhood be clever real estate agents, but the borders of “East Williamsburg” are forever in flux. Yes, East Williamsburg is a neighborhood on the city’s map. But since “Neighborhood names are not officially designated,” the arbitrary boundaries are meaningless. You can change the name whenever you want, silly!

Please. You guys are the worst. And you do understand that those same people also believed that they were making the trek to define themselves as “grittier” (hello, Cokie’s!) while inadvertently gentrifying Bedford Avenue? Which is exactly what you are doing to your self-titled portion of Bushwick. Also, re: grittier comment…you know that a Wall Street Journal trend story already claimed that you were making the neighborhood “less gritty,” right?

3. “The people of East Williamsburg actually have real jobs.”

DJ’ing at Roberta’s is not a real job.

4. “Some of the bars are genuinely dangerous dives.”

How authentic are you guys! Very authentic. It’s like you guys are the Spanish colonists writing home to your families boasting about “genuinely dangerous” Indian tribes. Except instead of smallpox-infested blankets, you just bring bedbugs.

5. “(They) have pushed out the smack junkies and complain to the police about ‘noise’ from rock musicians.”

Wait, do you think being a smack junkie or rock musician is what constitutes a “real job?” Are you nostalgic for the days of smack junkies on Bedford? Were you even alive two decades ago?

6. “The baby-bankers living in the glass, waterfront towers…”

Take it away, Chris O’Dowd:
http://youtu.be/sWsovTuub8g 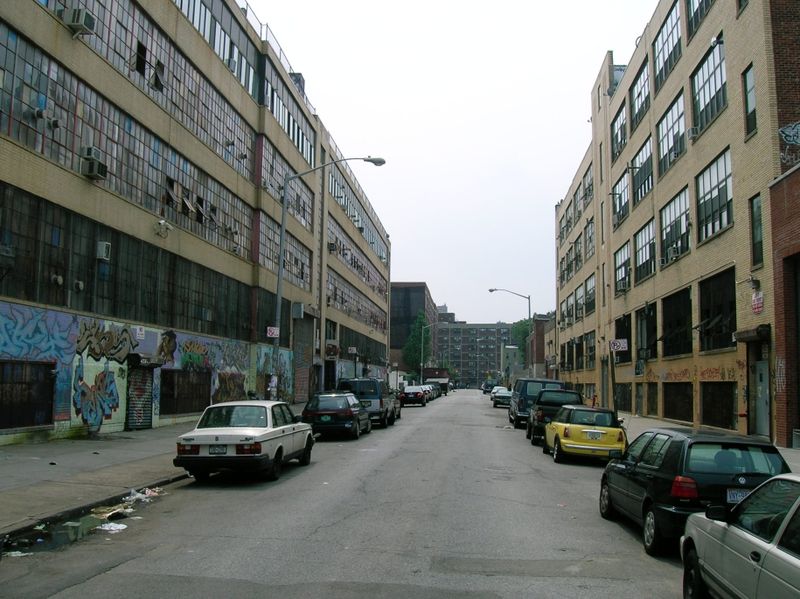