The Rockaways have been one of the hardest hit areas of the city following Superstorm Sandy, with lives lost, houses destroyed, crime on the streets. It has also been a remarkably resilient place, with diehard New Yorkers beginning the daunting work of rebuilding. It will be a long time before the Rockaways returns to normal, though, and it turns out that goes for subway service to the area, too.

At a press briefing Thursday night, MTA chief Joe Lhota said it would be some time before A-train service could be restored to the Rockaways due to extensive damage to the Broad Channel crossing that carries the train between Howard Beach in Brooklyn to the Rockaways.

“The amount of destruction on the A-train over Broad Channel is indescribable,” Mr. Lhota told reporters. “I’ve seen it, I’ve seen pictures of it, the amount of damage, this was almost a direct hit. It’s over , it’s through marshland, it’s going to take quite a long time to rebuild this, and I’m talking about rebuilding this. I’m talking about the that went underneath and really affected the structural integrity. This part of the world, what happened in the Rockaways was really devastating. Not only that, but this A-train, that extends from Howard Beach over here, it’s just nightmarish.”

The Broad Channel crossing runs over three bridges and miles of track just feet from the waters of Jamaica Bay. It can make for a beautiful seen of families on the beach and fishermen, of herons and egrets taking flight, as well as planes from JFK. But during a severe storm such as Sandy, this can prove a liability. Our greatest strength is our greatest weakness, as the Governor Cuomo has said time and again.

The Observer asked if the damage might be as severe as to the Port Jervis line, which was damaged during Hurricane Irene, when debris twisted the tracks out of alignment. It was a job that took three months to complete, but one that was also finished ahead of schedule. Mr. Lhota’s answer underscores just how difficult, and lengthy, rebuilding may prove to be.

“I think it’s worse than the twisted tracks,” Mr. Lhota said. “That was at least on the ground. The foundation of what’s holding it up is severely shot, we have to rebuild it.”

There are regulatory issues as well. Because the line travels through Gateway National Recreation Area, as well as a bird preserve, the federal government has some oversight over any repairs, which means the MTA could have to submit to not only state but also federal environmental reviews when it comes time to approve the rebuilding plan.

“There’s some other issues here, but this is going to take quite a long time, this is going to be a lot of intervention from various different entities that have different oversight over environmental issues—EPA, National Parks, National Wildlife, it’s significant,” Mr. Lhota said.

The situation remains dire and vague as of today, according to a release this morning from the MTA about the restoration of service: “The Rockaway branch of the A train requires extensive reconstruction and no timetable has been established for resumption of service there.” 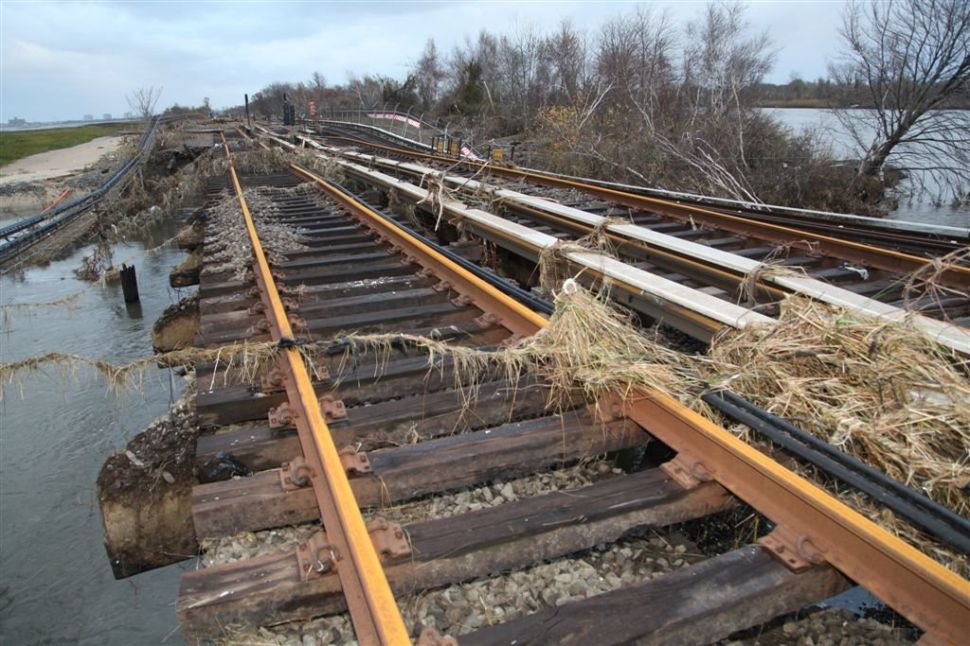