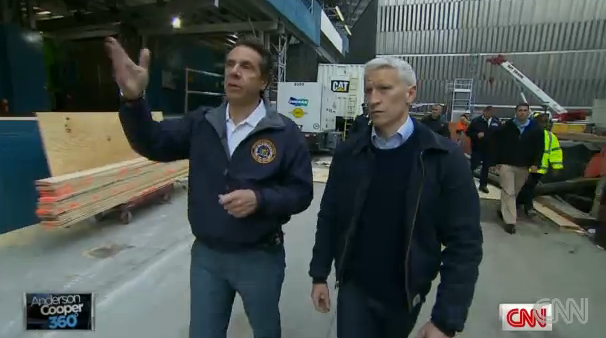 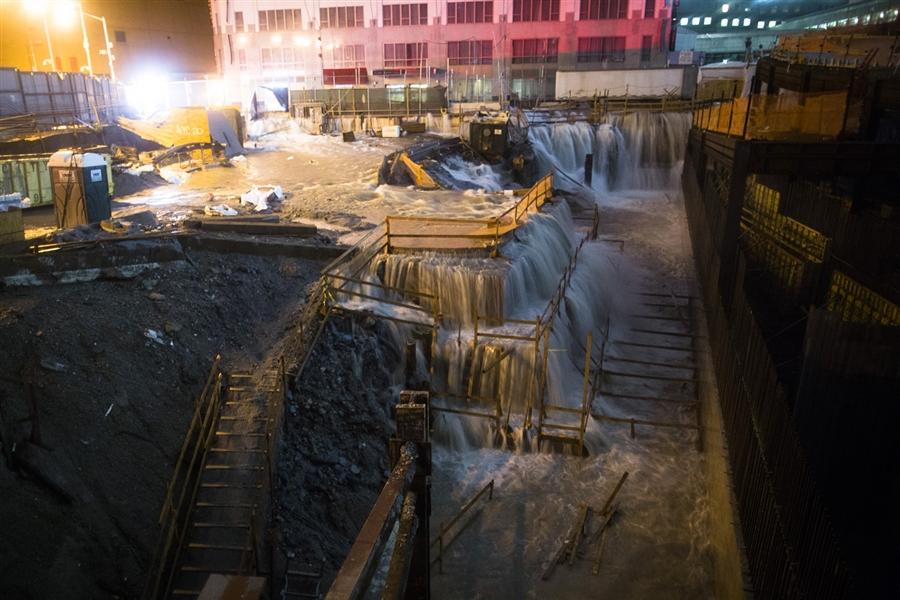 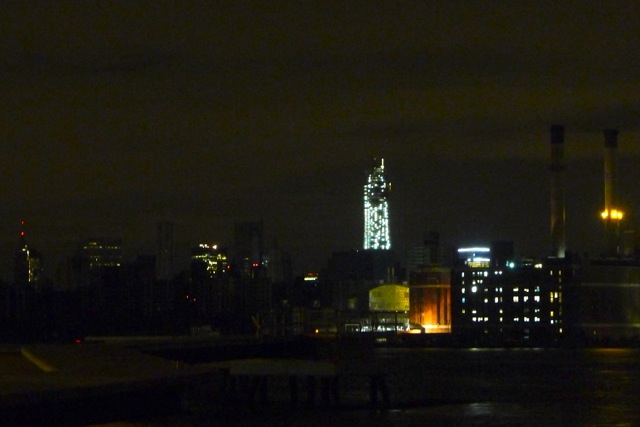 Tower 1, from Brooklyn, with a few neighbors illuminated.
mchabanobserver 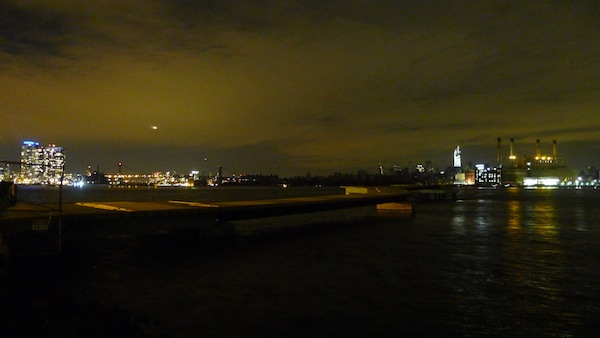 Across the bridge, life gets back to normal.
mchabanobserver
Advertisement 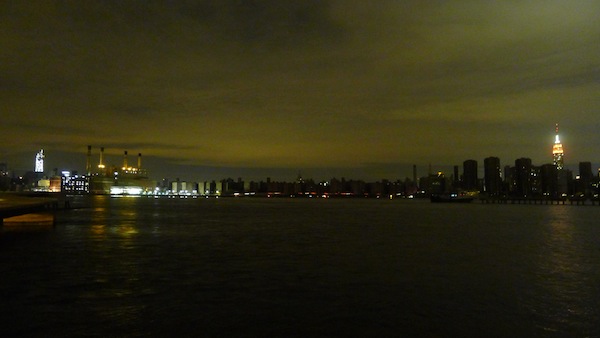 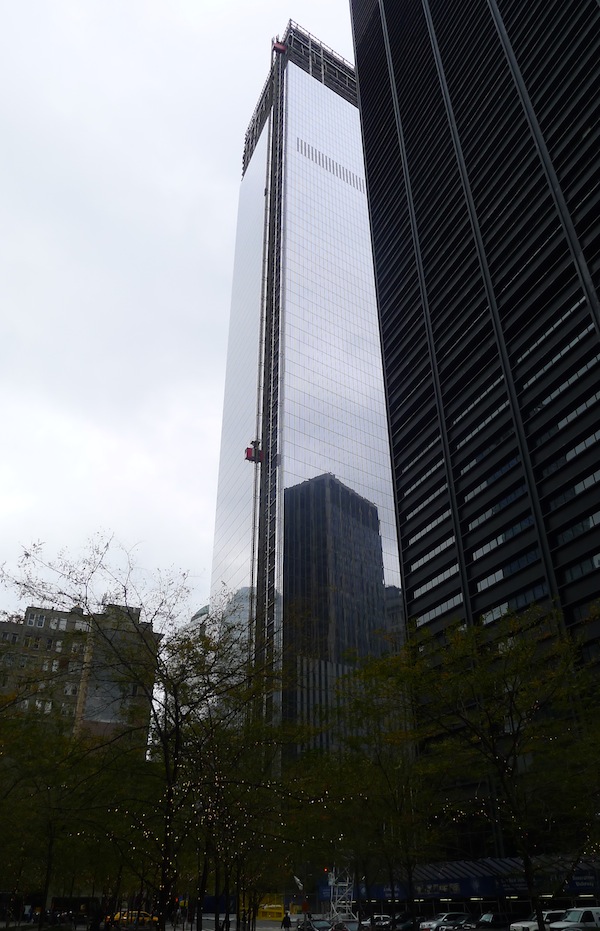 There was activity at 4 World Trade Center, as well, today—that lift was in operation.
mchabanobserver 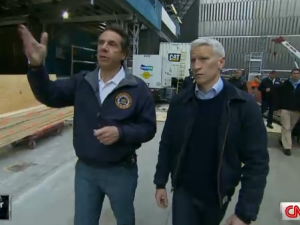 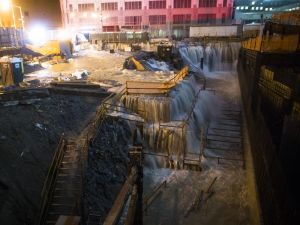 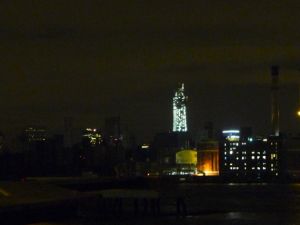 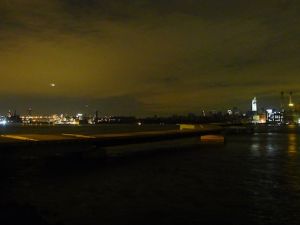 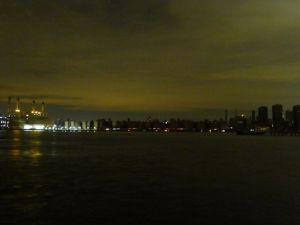 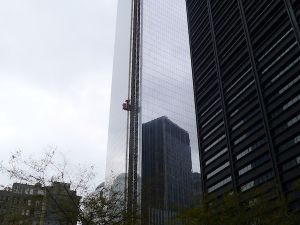 So many parts of the city’s crucial infrastructure remain under , most notably those Con Edison generators downtown, but the city is drying out remarkably fast following the worst storm in living memory. Even some of the subway tubes have come back, if only there was power to run trains through them.

At his press briefing this evening, Gov. Cuomo made a surprise announcement, actually in the middle of talking about what dismal shape the PATH train is in—there appear to be some five miles worth of flooding, the length the line under the Hudson from New York to New Jersey, so that is one thing that will probably be submerged for some time to come. But a place that will not be is the World Trade Center, which, after flooding a good 15 to 20 feet across the site only three days ago, is now dry and in working order.

“Work will recommence at the Ground Zero site tonight,” Gov. Cuomo declared. I was just congratulating some of the workers; there was tremendous flooding at the Ground Zero site. We went from seeing the Brooklyn-Battery Tunnel turned into a flume, we walked up the World Trade Center site, where was cascading into the site from every imaginable angle, at such a decibel level it was disorienting. The entire site was flooded.”

But through an almost miraculous, and certainly Herculean, pumping and recovery effort, led in part by the Army Corps of Engineers, the site has been cleared in a fraction of the time anticipated. “They originally anticipated it would be two to three weeks before they could get back to work,” the governor said. “But instead of two to three weeks, they’ve gotten it done in three or four days, and the work will recommence tonight on the site, and you’ll see light on again at the site.”

And indeed we did on the way home, along with a few other buildings way downtown, including the Goldman Sachs headquarters, the American International Building with its red spire and 7 World Trade, with its roof lit up bright as a candle. It just so happens that earlier in the day, The Observer spotted a construction lift in operation on Larry Silverstein’s World Trade Center tower 4, but it was not clear if it was an inspection or construction work.

While it could still be days, if not longer, before downtown finally gets all its lights back, it is nice to see these buildings back up, especially given their symbolic nature. “The Ground Zero site will be illuminated once again,” Gov. Cuomo said. “New York goes back to work.”