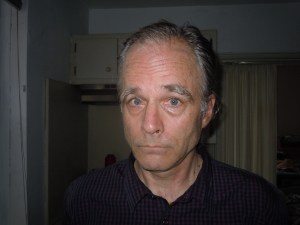 A group of artists and critics have gotten together and started a petition against New York Times art critic Ken Johnson regarding two of his recent pieces, a review of “Now Dig This! Art and Black Los Angeles 1960-1980” at MoMA PS1 and a preview write-up of “The Female Gaze: Women Artists Making Their World” at the Pennsylvania Academy of Fine Arts in Philadelphia.

In both pieces, Mr. Johnson suggests that a marginalized groups’ lack of success is due to their own failures and not those of the “predominantly white high-end art world.” In doing so, his texts read as validations of stubborn inequities. Johnson replays stereotypes of inscrutable blackness and inadequate femininity in the guise of serious inquiry, but that inquiry never happens.

There’s more, and the full text is printed at the bottom of this post. As of Thursday morning, the petition has been signed by 1,144 people, including artists Glenn Ligon, Louise Lawler and Trenton Doyle Hancock, art historian Robert Storr and many others. It asks “that the Times acknowledge and address this editorial lapse and the broader issues raised by these texts.” In a phone interview with Gallerist, Mr. Johnson said, “If it was not about me—take my personality and defensiveness I might feel about it out of it—I would say this is not a good way to create a productive discussion about these really complicated and interesting issues.”

The key passage readers took issue with in Mr. Johnson’s argument about the “Now Dig This!” show was:

Herein lies the paradox. Black artists did not invent assemblage. In its modern form it was developed by white artists like Picasso, Kurt Schwitters, Marcel Duchamp, David Smith and Robert Rauschenberg. For these artists assemblage was an expression of freedom from conservative aesthetics and parochial social mores. It did not come out of anything like the centuries-long black American experience of being viewed and treated as essentially inferior to white people. It was the art of people who already were about as free as anyone could be.

Thanks to white artists like George Herms, Bruce Conner and Ed Kienholz, assemblage was popular on the West Coast in the 1960s. Appropriated by the artists in “Now Dig This!,” however, it took on a different complexion. It became less a playful messing with habitual ways of thinking, à la Dada and Surrealism, and more an expression of social solidarity.

For the preview of “The Female Gaze,” which is short and unbylined (he has spoken about writing the piece on his Facebook), some readers were angered by Mr. Johnson’s following claim:

The day that any woman earns the big bucks that men like Jeff Koons and Damien Hirst rake in is still a long way off. Sexism is probably a good enough explanation for inequities in the market. But might it also have something to do with the nature of the art that women tend to make?

Mr. Johnson has been responding to the criticism on Facebook, some of which has accused him of racism and sexism. Regarding the review of “Now Dig This!” he wrote:

The implication I gathered from [exhibition curator Kellie] Jones’s discussion was that certain Black artists in Los Angeles in the 1960s adopted a way of working that was already current and had been made current mainly by white artists. She does not talk about the notion that assemblage might have roots in Africa. If the artists in “Now Dig This!” were thinking about African sculpture and its appropriation by white Europeans – i.e., Picasso – Ms. Jones does not make a point of that.
I can see how my statement that “Black artists did not invent assemblage” taken out of context seems needlessly provocative. My overall point, however, I think is consistent with Ms. Jones’s description of the historical and social milieu in which black sculptors were working in Los Angeles in the 1960s.

“Some people were willing to entertain some of the points I was trying to make,” Mr. Johnson said on the phone, “but of course there was a lot of intimidation. That’s how I would put it. For a critic–not just me personally–who might look at how this happened, say the next time there’s an exhibition of a particular group who is identified in some way as disenfranchised, how free are you going to feel to speak about it in a variety of complicated and possibly contradictory ways?”

Mr. Johnson is not on staff at the Times, but is a regular contributor to the art pages. Contributors are obliged to write previews along the lines of “The Female Gaze” for the “Week Ahead” section; Mr. Johnson chose to write about “Now Dig This!” rather than having it assigned to him. He said that if The Times does respond to the petition, the matter would be dealt with by the paper’s public editor, Margaret Sullivan, who has yet to return a request for comment. We have reached out to the writers of the petition for comment and will update when we hear from them.

UPDATE 11/29 3:40 p.m.: The group that wrote the petition has responded with the following note:

Many had written to the Times without a response so we decided to write an open letter both so people who shared our concerns would have a place to express that, and so the Times would be encouraged to address this.
How the Times does that is of course up to them. One idea would be for them to publish our letter.
We would like to have an organized, respectful discussion of these issues. The open letter is just one part of that larger discussion.
It is important to emphasize that this is not a personal attack on Ken Johnson. We are not calling for his resignation or his censure. We are responding to speech with speech.
We have simply asked the Times for a considered, public response to the pieces they published, for the reasons we outlined in the letter.
Signed,
Colleen Asper
Anoka Faruqee
Steve Locke
Dushko Petrovich
Will Villalongo

In his review of “Now Dig This!” Mr. Johnson starts with the claim that “Black artists didn’t invent assemblage.” Instead, he states that black artists appropriated the form from white artists who developed it. Both these statements attack a straw man; no historian, artist or curator has ever made a claim that anyone, black or white, “invented” assemblage. In fact, assemblage has roots in many cultures and it is well documented that European and American Modernist artists borrowed heavily from African art in their use of the form.

Mr. Johnson organizes his review around an oversimplified opposition between the apolitical, “deracinated” work of white artists and the political, “parochial” work of black artists. He claims that white European artists, such as those of Cubism, Surrealism and Dada, who “were as free as anyone could be,” were only playfully messing around with aesthetic conventions. The aesthetic play of assemblage “took on a different complexion,” to use Mr. Johnson’s unfortunate turn of phrase, when black artists politicized the form. But he ignores both the extreme political unrest in Europe at the time and the ideological motivations of these artistic movements. What was DaDa if not a response to the social psychosis and industrialized mass murder of WWI?

The article also ignores that the exhibition includes the work of both black and white American artists to present a cross-pollination and commonality of ideas. All of these oversights have the effect of distorting and dismissing the work of black artists in the exhibition, which according to Johnson, “will divide viewers between those who, because of their life experiences, will identify with the struggle for black empowerment, and others for whom the black experience remains more a matter of conjecture.” Mr. Johnson’s argument hinges on this empathy gap of white viewers as an explanation of “why so few black artists have been embraced by the predominantly white high-end art world,” but he places the burden to transcend racial divisions on black artists, not on white viewers. Of the thirty-two artists in the show, only David Hammons receives praise—for making work “you don’t have to be black to feel.”

Rather than engage the historical work in the exhibition, Mr. Johnson states that he prefers the work of mostly contemporary black artists who have been widely validated, without acknowledging the social progress over the last 50 years that might allow for the next generation of artists to “complicate how we think about prejudice and stereotyping.”

In both pieces, Mr. Johnson suggests that a marginalized groups’ lack of success is due to their own failures and not those of the “predominantly white high-end art world.” In doing so, his texts read as validations of stubborn inequities. Johnson replays stereotypes of inscrutable blackness and inadequate femininity in the guise of serious inquiry, but that inquiry never happens.

The writing in these articles is below the editorial standards typical of the New York Times. We ask that the Times acknowledge and address this editorial lapse and the broader issues raised by these texts.