The winds of Hurricane Sandy caused massive damage to the New York area when it made landfall at the end of October. But the gusts of the superstorm blew more than just debris, dislodging New Yorkers from their homes and into a constellation of already full shelters. Yet in spite of the issue of overcrowding both before or after the storm, there may actually be large amounts of space to house people in the city.

Hoping to capitalize on the renewed awareness of homelessness and the dire situation in the city’s shelters, advocacy group Picture the Homelesss and a number of its allies held a rally Friday morning in Harlem to draw new attention to its regular reports on vacant properties in the city. Picture the Homeless has long argued that landlords across the city have left properties vacant while they wait for property values and rents to rise. The practice, known as warehousing, is legal, but it robs the city of precious living space at the same time.

Mr. Rodriguez was standing in front of one such building, a boarded-up rowhouse on 129th street between Adam Clayton Powell and Malcolm X boulevards. Supporters, bundled up against the cold morning air, stood behind him and chanted slogans such as “Vacant buildings are a crime, landlords need to do some time.”

The vacant building he was standing in front of was owned by the city and was spraypainted with the large letters “H.P.D.,” for the Department of Housing Preservation and Development, the agency responsible for creating low-income housing in the city. Picture the Homeless’s report counted 3,551 vacant buildings with the estimated ability to house 71,707 people and 2,489 vacant lots that could be developed to house 128,873 additional people. Manhattan and Brooklyn had the largest numbers of vacant buildings, with 987 and 1623 respectively.

According to Mr. Rodriguez the group picked this location because of the large number of city-owned buildings in Harlem that could be more easily converted to affordable housing than privately owned buildings or lots. The report’s findings said that 10 percent of vacant property is publicly owned.

The group also contrasted potential rent assistance and affordable housing with the tough reality of the city’s shelter system. Though the event ended up relating little to the problems of those homeless after Hurricane Sandy specifically, Kendall Jackson, a homeless shelter resident and member of Picture the Homeless, said that the $1,800 per month that the FEMA offered to give landlords to house homeless residents was a much better deal for taxpayers than the estimated $3,500 dollars per month that it costs the city to support someone with a shelter.

Mr. Rodriguez, now in his 40s, has been in and out of the shelter system since he was 14. Though currently not living in a shelter, he told The Observer, “Everybody that’s been in the shelter system goes through all the avenues to try to find housing, but all they find is nothing.”

Even before Sandy, the City’s shelter system was overcrowded, prompting Mayor  Bloomberg to open 10 new homeless shelters in recent months. Picture the Homeless says the number of those seeking shelter every night before the storm was between 46,000 and 48,000, including 20,000 children. Add to that the tens of thousands the city predicts may be homeless in the wake of Sandy, and New York is staring down a serious housing crisis. 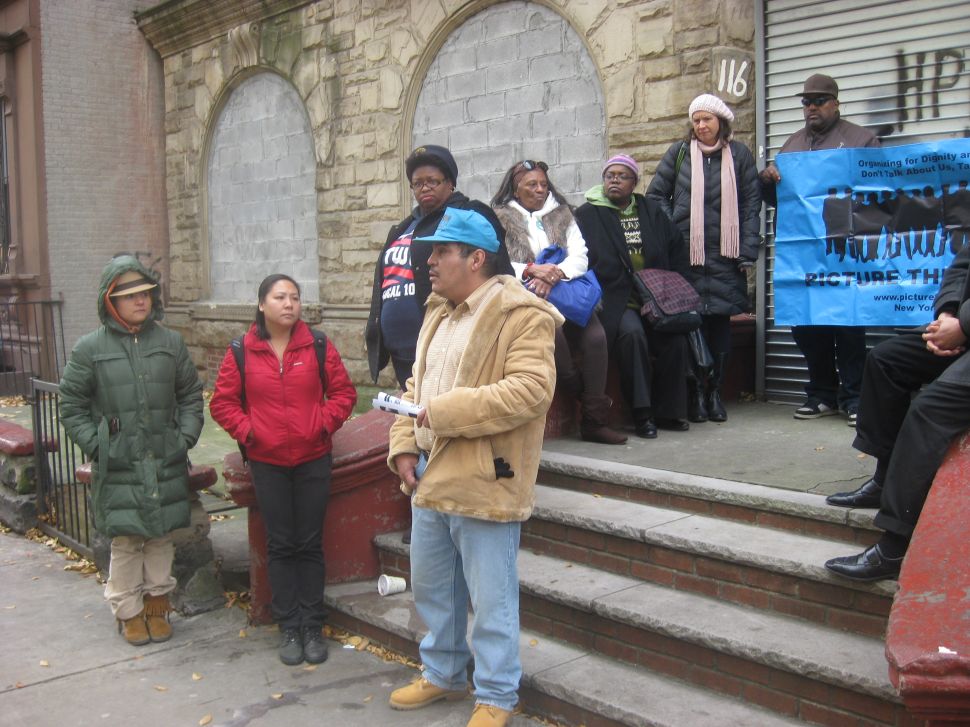