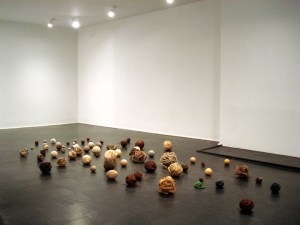 Though we’ve been trying to keep a careful eye on different nations’ picks for their 2013 Venice Biennale pavilions, Australia’s selection snuck by us almost a year ago. For the record: the country’s Council for the Arts has tapped Simryn Gill for its pavilion, which will be curated by Catherine de Zegher, a former director of Soho’s Drawing Center.

Ms. Gill, who works in a variety of mediums, shows in New York with Tracy Williams, Ltd. From the council’s news release:

“Simryn’s work is deeply engaging and challenging,” said 2013 Venice Biennale Commissioner Simon Mordant. “She will be making a new set of works for Venice and I am overjoyed to be working with both her and Catherine de Zegher, in delivering a very exciting Australian contribution to this most important contemporary art exposition.”

Ms. Gill appeared in Documenta 12 (2007) and 13 (2012), and a number of other esteemed international exhibitions. In 2007, Mutaza Vali wrote about her work for ArtAsiaPacific. An excerpt:

Simryn Gill is the quintessential postcolonial artist, less so because of her transnational biography—Indian extraction, born in Singapore, raised in Malaysia and now based in Sydney—than because of her deep engagement with the history of colonial expansion in Southeast Asia. She obliquely traces that history’s effects on culture and landscape through objects, texts and photographs.