TRENTON – His district stands to get blown up next year if state Sen. Barbara Buono (D-18) does not pursue re-election and instead runs for governor.

“I don’t have a candidate yet,” Barnes told PolitickerNJ.com.

His namesake father’s the sitting chairman of the Middlesex County Democratic Committee, who secured the chairmanship in part with the backing of Assemblyman (and state chairman) John Wisniewski (D-19).

Wisniewski is another rumored candidate for governor from Middlesex, albeit he does not appear as close to an announcement as his intraparty rival Buono. 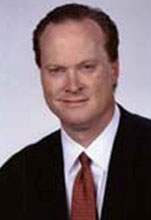