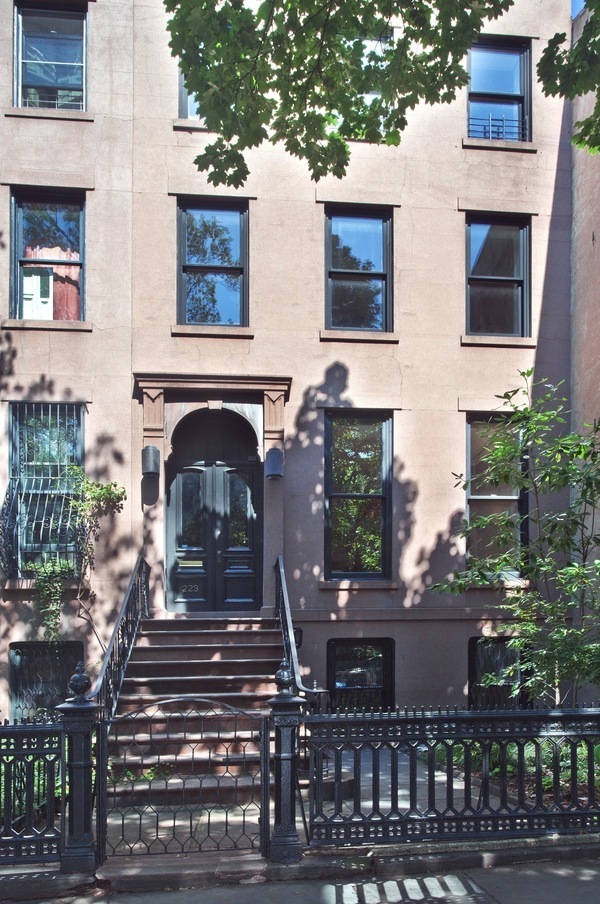 From the exterior, it might well be any $4 million townhouse. 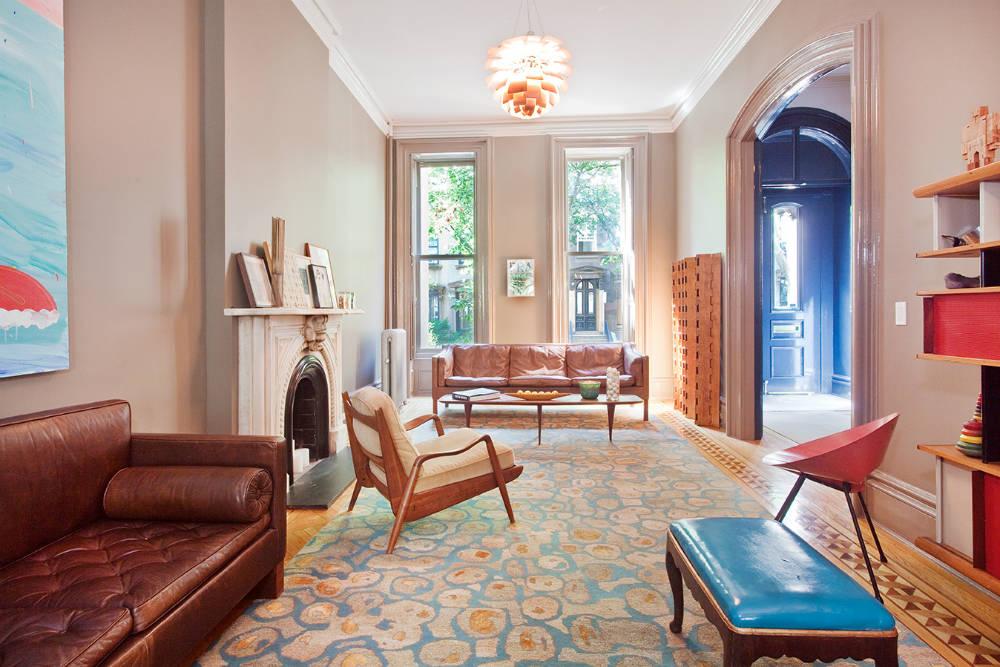 Inside, it's clearly a bit more modern than the average rowhouse. 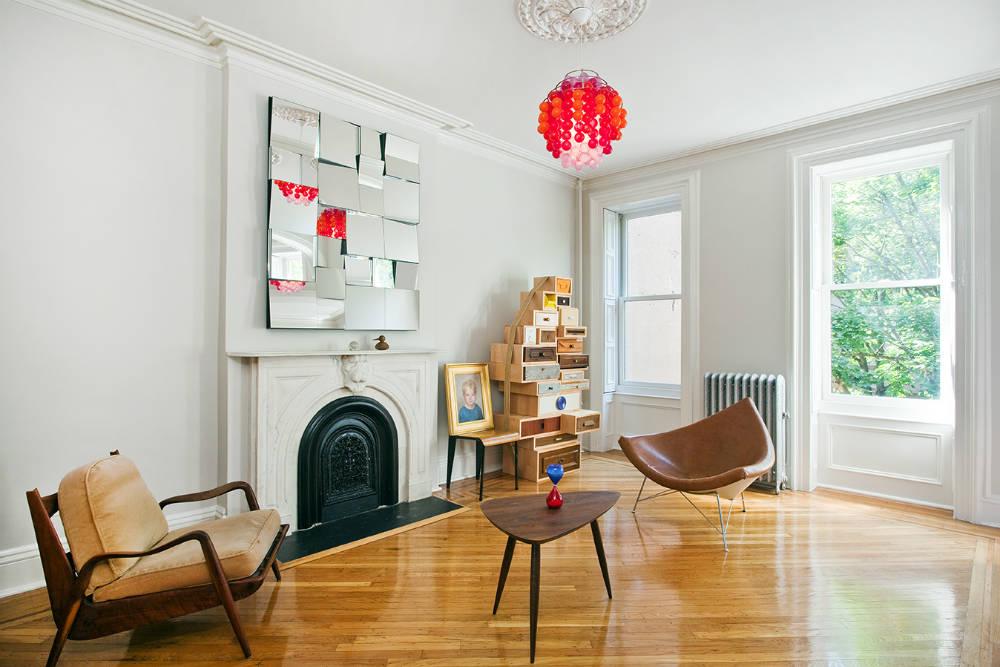 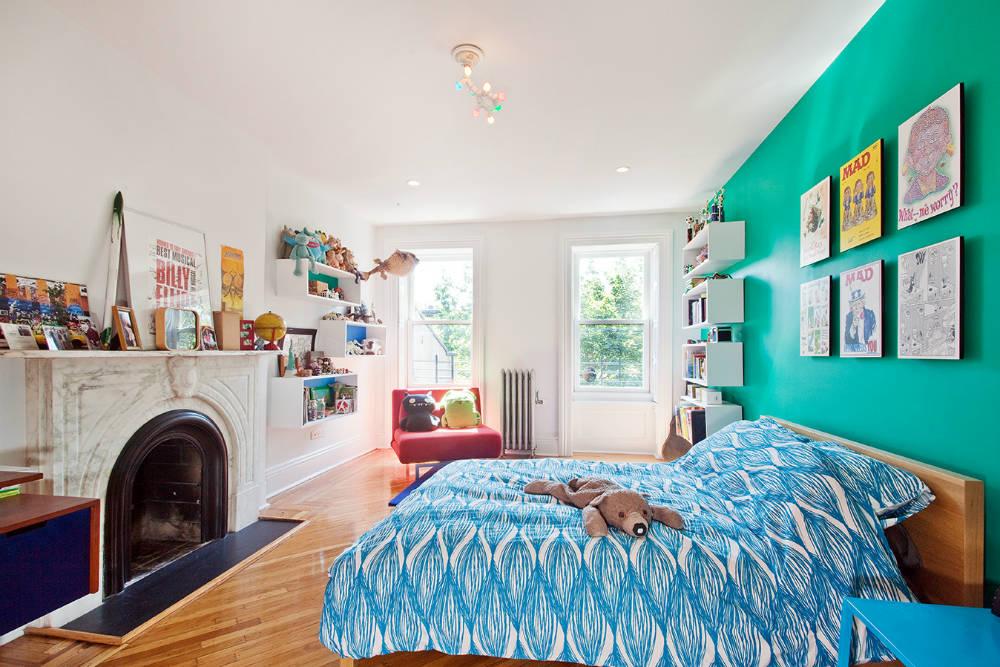 One of the bedrooms.
Advertisement 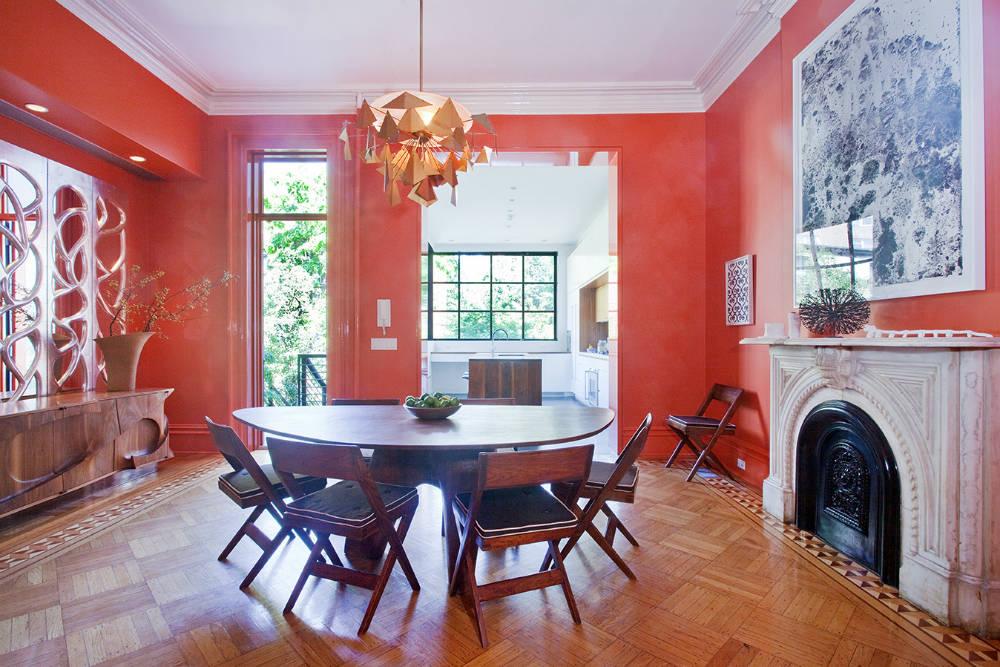 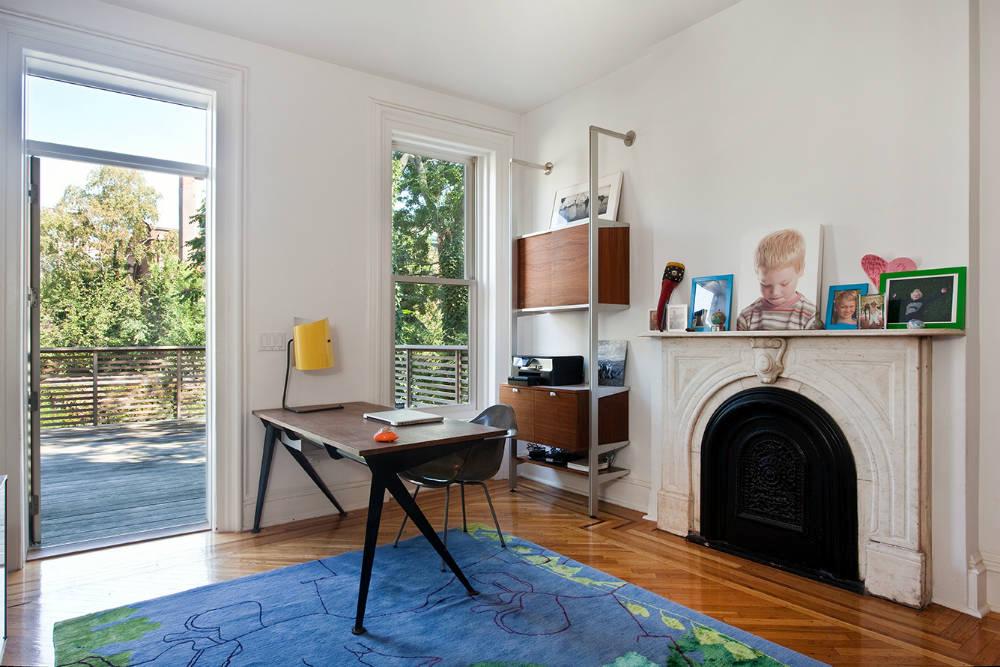 A work room/office/there are just a lot of rooms in this house. 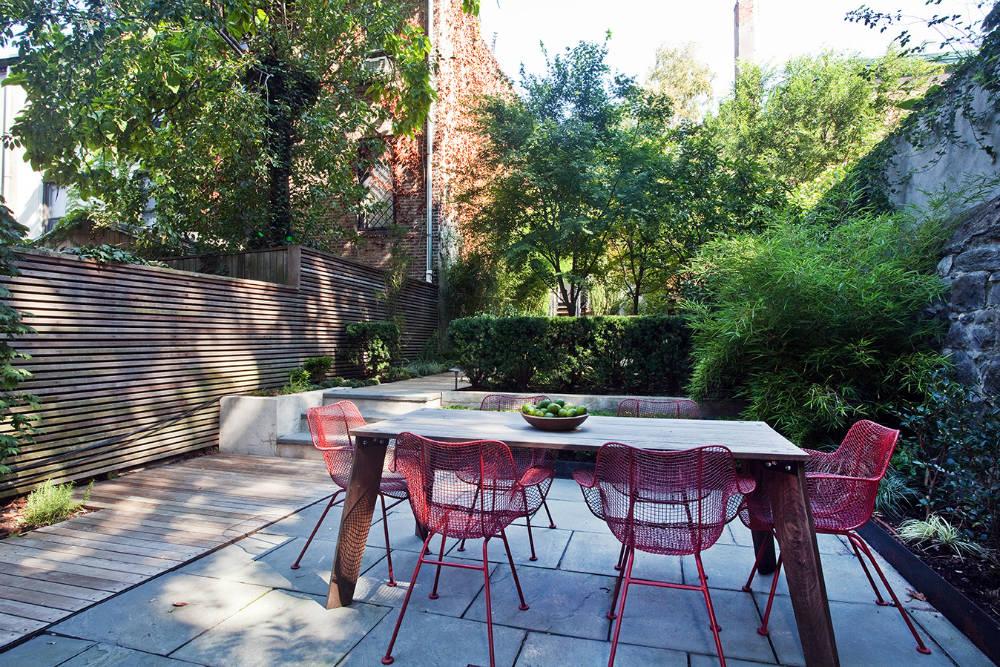 The garden is extremely spacious.
Advertisement 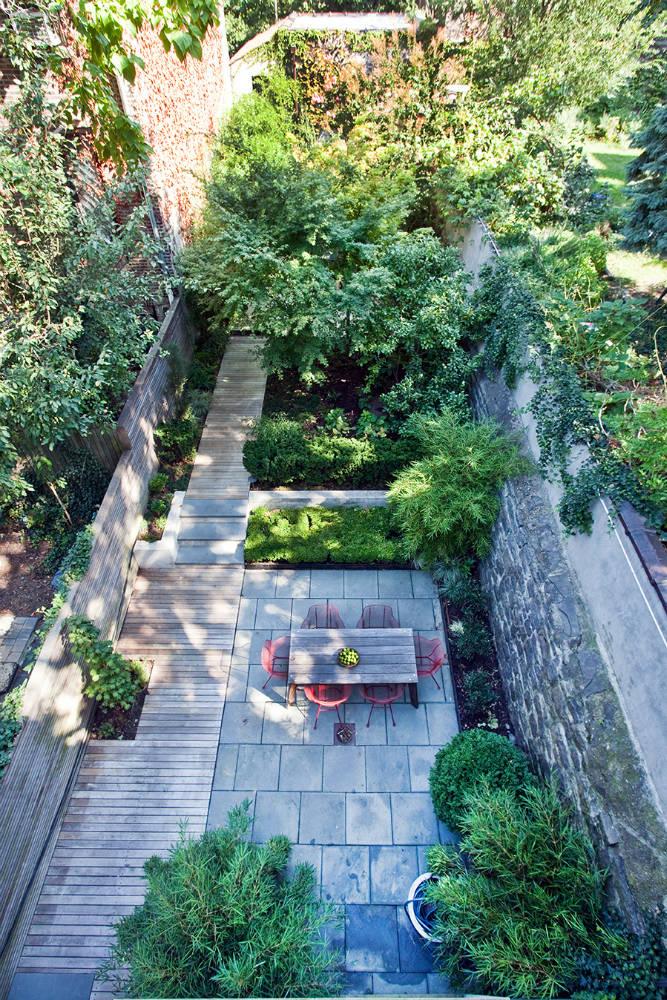 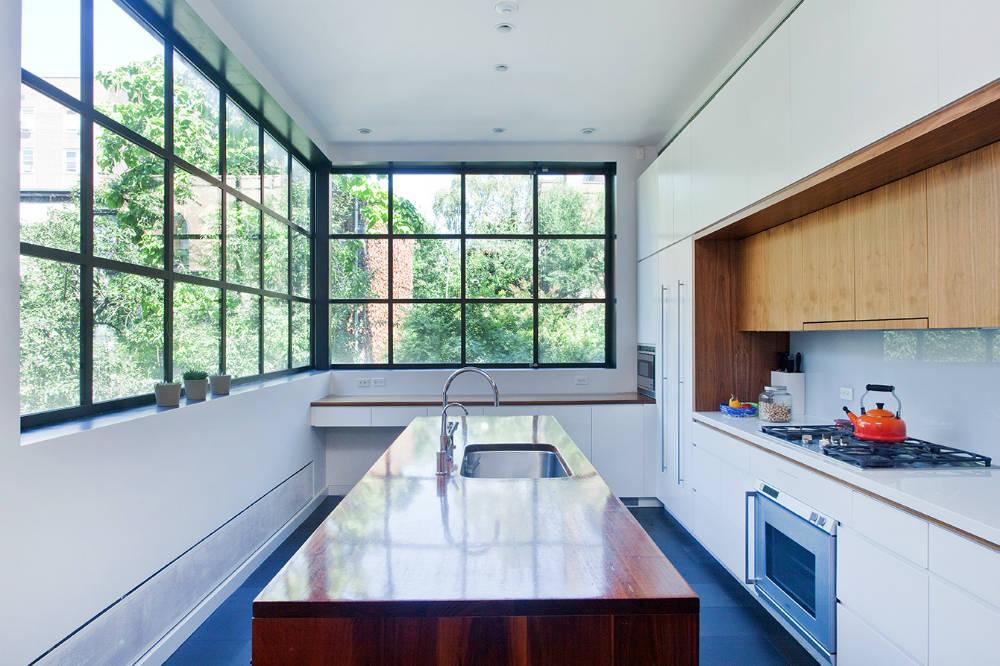 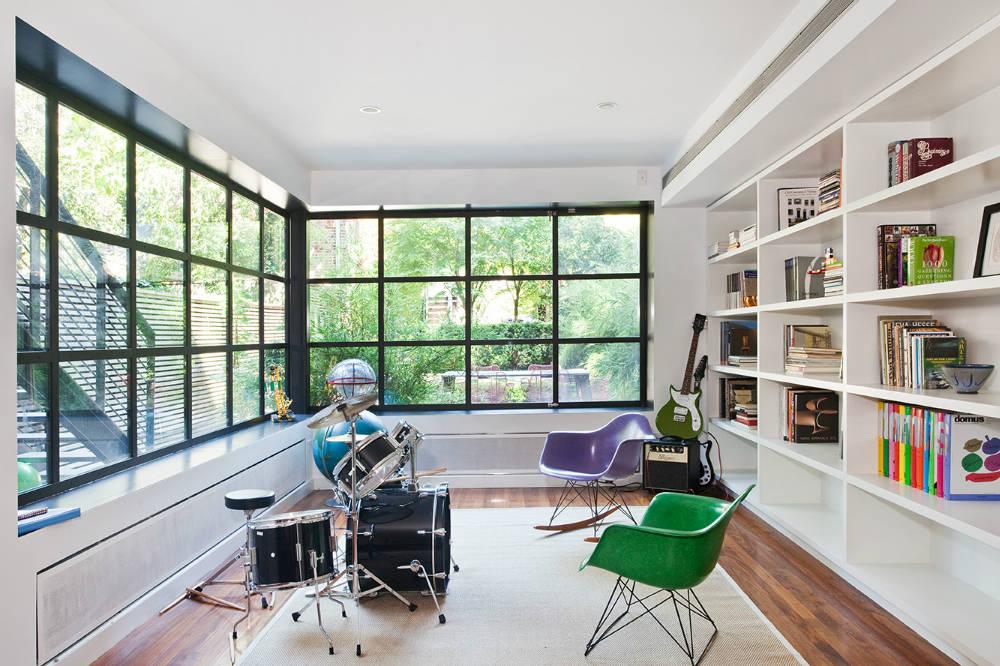 Part of the rear addition. 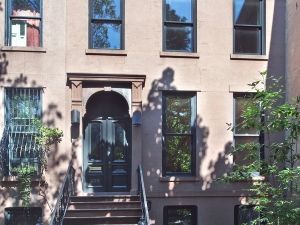 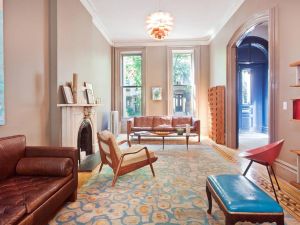 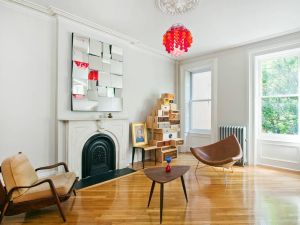 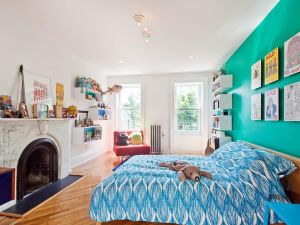 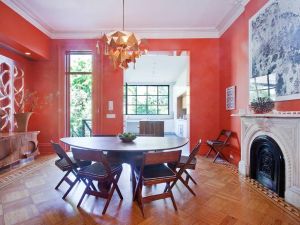 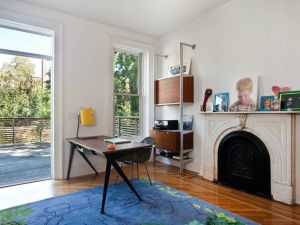 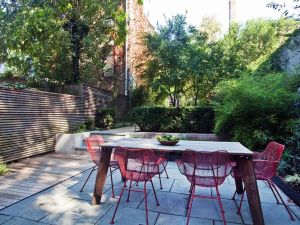 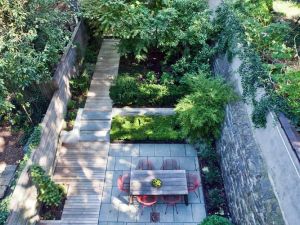 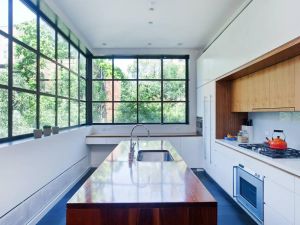 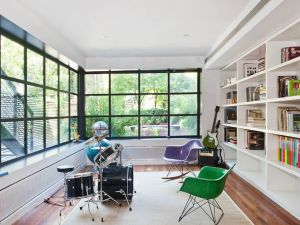 Mirror, mirror on the exposed-brick wall, who has the fairest Cobble Hill townhouse of them all? Well, that’s not for us to say, but 223 Warren Street is certainly the most expensive.

The four-story brownstone has set a neighborhood record, fetching a king’s ransom of $6.05 million. The sale, which closed yesterday, was slightly above the $6 million asking price. And what’s more, the townhouse also breaks the neighborhoods price-per-square foot townhouse record even if you don’t count the garage. (Yes, there’s a garage. And it fits two cars.) The new owners, who prefer to remain anonymous (they bought the place under an LLC named after the address), shelled out $1.55 for each of the home’s meticulously renovated 3,900 square feet.

It’s beginning to feel a lot like Manhattan! Of course, Truman Capote’s old place in Brooklyn Heights sold for $12.5 million this spring, setting the borough record. Meanwhile, a massive townhouse/art studio is listed for $10 million in Fort Greene, but we all know it isn’t what you ask for that counts, it’s what you actually get.

The last impressive get in Cobble Hill was significantly lower and pre-Lehman: 155 Warren Street, a 7,000-square-foot townhouse took $5.4 million back in 2008, a steep discount for the $8.7 million it had asked a year before. Right now there’s a $7 million property on the market, but as we said before, the proof is in the sale.

What put the price for 223 Warren so much higher than its similarly-lovely predecessors? Town Residential broker Terry Naini, who represented sellers George Gilpin and Kathryn “Gigi” Sharp, said that it was partially the double lot—a huge plot that can accommodate the home’s garage and a large landscaped garden; it’s also the only one on the block that doesn’t have an easement to Veranda Place.

And of course, the 1875 brownstone itself also helped to get that smidgen above ask: the Gilpin Sharpes, who bought it for $2.3 million back in 2003 tapped architect Joe Tanney to convert it from a five-family to a five-bedroom single-family home.

“It’s hard to replicate,” said Ms. Naini. “It’s like buying something from Zara versus Prada. It’s the design. And people pay for that.”

Ms. Naini told us that it hadn’t been a bidding war—she didn’t believe in bidding wars—but more than one buyer had certainly been interested and she’d encouraged the buyers to “put their best foot forward.”

Apparently they were all too eager.

And they’re paying handsomely for it.