– Jay Z was not “right next to De Niro” the other night at Leonardo DiCaprio’s birthday. The Taxi Driver star gave the Jigga a Meet the Fockers-level awkward greeting when Jay-Z tried to approach the King of Comedy only to get rebuffed because he had never returned Bob’s phone calls. Even Beyoncé couldn’t calm De Niro down. We’re not sure whom we would less like to be mad at us, but that sounds like a party-stopper if there ever was one.

– Yikes, the Matt Lauer story just keeps getting worse. Like apparently Izzy Povich was passed over for Jim Bell’s job because Lauer didn’t like her? Steve Capus says the $25-million-a-year host doesn’t have that kind of editorial control, but these rumors are getting a little more spiky every day.

– Oh, boo! Aaron Sorkin will not be addressing the Petraeus scandal in next season of The Newsroom, even though he really, really wants to! 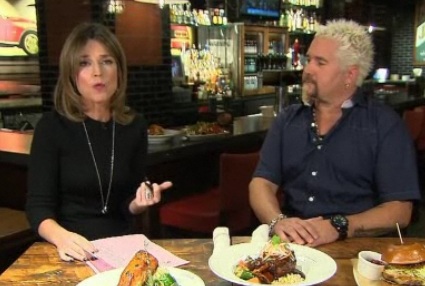