– Feel like you just spent the day totally brain dead, shuffling mindlessly with hundreds of other glazed-eyed former human beings for several hours? Don’t worry, the election is almost over, and Brad Pitt’s adaptation of World War Z finally has a trailer!

– MTV is going to hold a live fundraiser for the Jersey shore. It’s about time they paid back to the community they took so, so much from.

– Here are the two main characters of your favorite TV show of all time, telling babies to get out and vote.

-Here are photos of all the celebrities voting on Election Day. ALL of them. Thanks, Huffington Post! 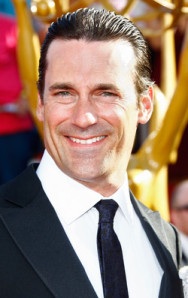