Is nothing sacred? The Next Web reports that Gandalf–an absolutely critical figure in most nerds’ adolescences, the motherfucking Merlin of the 20th century–has been pimped out to promote Microsoft’s line of Windows Phones:

Warner Bros. has agreed to license the use of the characters in the UK, US, France and Germany — perhaps the most popular markets for devices running Microsoft’s new Windows Phone 8 operating system.

All those years of careful brand management and painstaking assembly of arcane deep cuts like the Silmarillion, and now this.

Galadriel would shit herself. 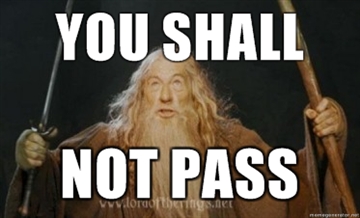