A gasoline shortage is currently hitting the New York City metropolitan area, with many gas stations empty or shuttered due to Hurricane Sandy’s damage, and the remaining locations are plagued by never-ending lines. Asked about the situation today, Mayor Michael Bloomberg acknowledged the problem and said there is only so much the city can do about it.

“You’ve got to open the harbor, that’s one of the things,” he said to describe the issue. “There are some federal laws prohibiting foreign-flagged ships from doing certain things, we’ve got waivers already; the federal government couldn’t be more helpful. It will take some time. Some of the gas stations aren’t open because they don’t have electricity and the pumps need electricity to run. That, in the next couple days, will hopefully be accommodated. Once mass transit comes back, you have a lot fewer cars trying to buy gasoline.”

Mr. Bloomberg said it might be tough in the meantime, but the city’s gas stations will generally be at normal capacity by next week.

“So it’s one of these problems we’re just going to have to live through,” he explained. “I think by Monday most of it will have gone away.”

The mayor’s statement was little comfort to Councilman David Greenfield, who urged the creation of an “#NYCgas” Twitter hashtag in response, intended so the public can quickly share the location of working gas stations. 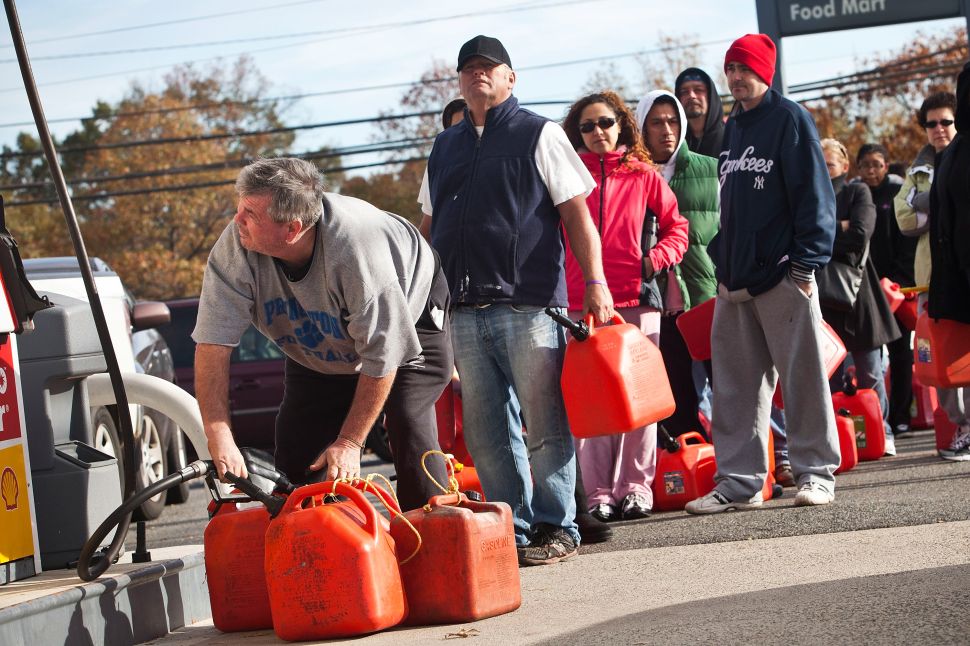