“The actions taken last night by the Administration and half of the membership of the Municipal Council were in the interest of good government and designed to ensure the continuity of the legislative process,” Booker said. “It was imperative that the Mayor and the Municipal Council immediately take the necessary steps to fill the vacancy left by the resignation of Rep. Donald M. Payne, Jr. The likelihood of a deadlock among the eight remaining members has been apparent for quite some time.

“Under State law, the Mayor has the authority to vote for a Council candidate. Certain Council members’ attempts to cause an insufficient vote, by their voluntary absence or departure from the dais, invoked the Mayor’s voting power. Council member Ronald Rice, who remained outside of City Hall, purposely did not attend the meeting in order to avoid a tie vote. The Administration is prepared to take all necessary legal action to protect the efficient operation of City government.” 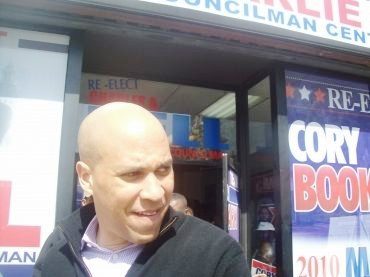