Good news for those of you kept awake at night by terrible apocalyptic visions and/or whose name is Sarah Connor: The BBC reports that the University of Cambridge is taking up the study of the existential risks posed by new technologies. Think killer AIs with indestructible robot bodies.

One of organizers is Skype cofounder Jaan Tallinn, along with philosopher Huw Price and astrophysicist Martin Rees. What, the English professors were all busy?

The BBC helpfully adds that, “Fears that machines may take over have been central to the plot of some of the most popular science fiction films” and proceeds to explain the example of Skynet which “gained self-awareness and fought back after first being developed by the US military.”

But the Cambridge Project for Existential Risk won’t be limiting its sights to scenarios suggested by the Terminator franchise. The founders are also worried about a wide range of technological developments that could “soon pose new, extinction-level risks to our species as a whole.” Think everything from massive climate change to nanotechnology.

The project’s mission statement argues that “these issues require a great deal more scientific investigation than they presently receive,” adding:

The seriousness of these risks is difficult to assess, but that in itself seems a cause for concern, given how much is at stake.

The project should open its doors sometime early next year, as the BBC drolly notes, “survival of the human race permitting.” That leaves plenty of time for all the Singularitarians to buy plane tickets. 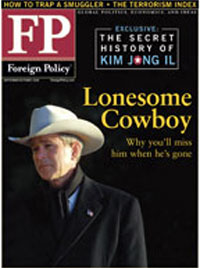