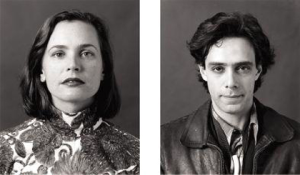 The Center for Curatorial Studies at Bard College, in Annandale-on-Hudson, N.Y., announced today that it has acquired the archives of Colin de Land’s American Fine Arts gallery and the Pat Hearn Gallery. The acquisition of the archives from the estate of de Land, who died in 2003, at the age of 47, was made possible by the support of collectors Marty and Rebecca Eisenberg and Howard and Barbara Morse.

De Land, who was married to Pat Hearn (who died in 2000, at the age of 45), got into art dealing when he offered to sell a Warhol work for a neighbor on the Lower East Side who needed to buy drugs. It was the perfect start for the risk-taking, anti-commercial dealer, who looked like a character out of a Jim Jarmusch film and nurtured an experimental band of artists at A.F.A. from 1986 until his death, including Cady Noland, Alex Bag, Mariko Mori and Dennis Balk. He’s also showed the work of an artist named John Dogg, whom has been alleged to be pseudonym of de Land and Richard Prince.

After time in the East Village and SoHo, Hearn was one of the first dealers to move to Chelsea in 1995. According to critic Roberta Smith, writing for The New York Times, she “resembled a bohemian Holly Golightly.” She showed artists including Philip Taaffe, Monique Prieto and George Condo. De Land and Hearn also helped establish the New York Armory Show along with dealers Matthew Marks and Paul Morris.

The archives of A.F.A. and Pat Hearn Gallery include complete documentation of the exhibition history for both galleries, correspondence between the artists and their representatives, documentation of de Land’s educational courses for art collectors, as well as personal manuscripts, journals and memorabilia.

“The acquisition of Colin de Land’s American Fine Arts, Co. and the Pat Hearn Gallery archives is a significant stepping stone in CCS Bard’s efforts to establish a unique and vital research center for the contemporary arts,” said Ann Butler, director of the library and archives at CCS Bard, in a statement. “This acquisition gives us the opportunity to preserve this unique material and make it available for research; providing our students and others with an opportunity to study and historicize two central and innovative figures of the New York art world.”