NEWARK – They did a skit together, they did the whole Batman and Bulldog act throughout the early days of 2% cap, and now as the state’s political classes pray for one of the two of them to throw a punch – the love goes on untrammeled.

“This is the most satisfying day of my governorship – by far,” said Christie, convening a press conference here to celebrate the local teachers’ embrace of a new contract that includes the Christie-endorsed merit pay based on student performance.

Mayor Cory Booker sat in the front row with other elected officials.

He’s the Democrats’ best big money shot to dethrone Christie, in the view of many observers of New Jersey politics.

“An indispensable partner,” Christie described Booker, who is said to be in mulling mode about his own gubernatorial 2013 bid with Democrats begging him to take the leap and elbow Christie out of office.

“Mayor Booker has stood up eloquently every step of the way for the children of this city,” Christie exclaimed.

“All these people are milestones – and indispensable partners,” Christie said.

Booker told WBGO this week he intends to make a decision by mid December about governor, blaming the storm for throwing off his timing.

Insiders close to the mayor have from the start said Booker’s and Christie’s mutual association with Educational Excellence for Everyone (E3) joins them at the hip to about 100 donors, a financial fact that makes it especially tough for Booker to gain at least obvious traction against Christie. 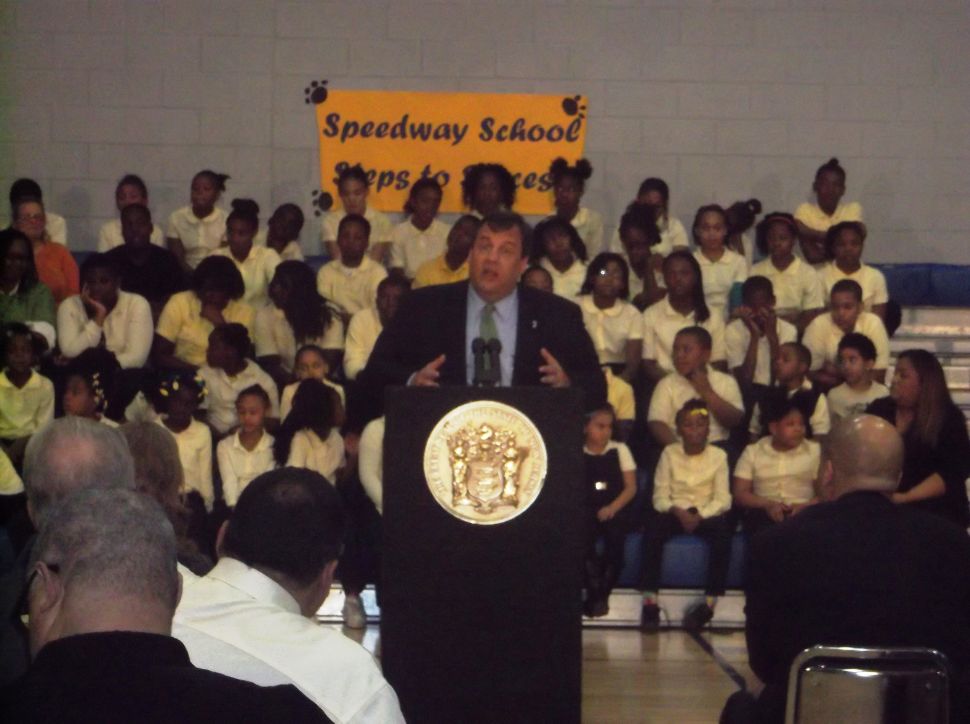