TRENTON – Prosecutors used the words “government by bribe” to describe Hamilton Mayor John Bencivengo’s alleged decision to use his official influence in exchange for money Monday morning, asking jurors to return a guilty verdict against the embattled mayor on all five counts.

Bencivengo was in the courtroom again Monday for the fourth and final day of his criminal trial. Prosecutors painted the still-sitting elected official as a cash-strapped mayor hoping to pay off increasing debt by accepting bribes from a former friend and insurance broker for Hamilton schools.

“The mayor knew that this money was being offered in exchange for his official influence,” said Assistant U.S. Attorney Harvey Bartle, referring to the alleged $12,400 in bribes the mayor was charged with accepting.

Prosecutors again played secret recordings of the mayor made by the former insurance broker, Maria Ljuba, who feared losing a lucrative contract if the school district went out to bid for a new insurance provider. Ljuba was heard on the recording telling the mayor that she needed help preventing board member Stephanie Pratico from taking the contract to bid.

“You help me with Pratico, you get anything, cause you know I’m going to need that down the road here,” Ljuba said.

“I’m helping you as much as I can,” Bencivengo was heard responding.

Bencivengo’s attorney, Jerome Ballarotto, again told jurors that Ljuba – prosecutors’ star witness – essentially threw her former friend under the bus after she was approached by the FBI. Ballarotto described her as a corrupt insurance broker who gave Bencivengo a loan and then lied to authorities, telling them it was a bribe, in order to save herself from any criminal charges.

“The government keeps glossing over that,” he said, “Like smoke and mirrors.”

Ballarotto told jurors that his client admitted to taking the money from day one, saying he took money from a friend. However, Ballarotto denied there was any quid pro quo.

“She’s a liar, she’s a manipulator, she’s a thief, she’s a con artist,” said Ballarotto, telling jurors the tapes have no integrity in the case because they were made by someone who lacks integrity.

The federal government dismissed Ballarotto’s defenses earlier during its closing arguments, telling jurors there was never any discussion of repayment for the supposed loan.

“You know what the problem with a loan is ladies and gentlemen? You have to pay it back … and the mayor didn’t want to do that.”

Bencivengo was charged with five counts, including extortion, attempted extortion and money laundering.

Prosecutors hit play on Hamilton mayor recordings, Bencivengo says he ‘can’t get caught up’ on bills

Opening arguments made in Bencivengo trial 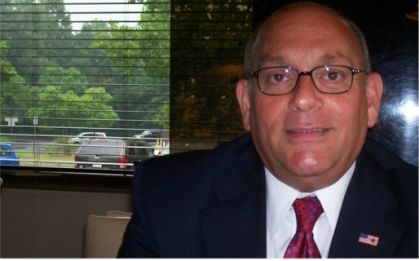