The long saga of Color, the ill-fated, infamously over-funded photo-sharing startup, just gets weirder and weirder. After rumors swirled that it was shutting down for good, the company’s assets were acquired by Apple; now, TechCrunch reports that former employee Andrew Witherspoon (who was laid off) is suing both Color and former CEO Bill Nguyen for a host of shocking reasons, including “intentional infliction of emotional distress.”

If even a handful of the accusations in this complaint are true, there’s been major misbehavior happening at Color Labs. And if Mr. Witherspoon has made them up, well then he missed his calling as a novelist.

TechCrunch has a copy of the lawsuit, which is currently being filed in a Santa Clara court. And it makes for crackerjack reading:

Ngyuen, with the acquiescence of Color’s board, consisting of several prominent venture capital investor firm representatives, created an extremely hostile, unsafe, and harassing atmosphere at Color, including bringing an armed crony into the workplace to threaten and intimidate employees cooperating in an investigation into Nguyen’s financial and other improprieties.

The complaint alleges that Mr. Nguyen had a friend who worked at the Office of the Inspector General and, consequently, carried a gun. According to the complaint, Mr. Nguyen “bragged to Color employees–including Plaintiff Witherspoon and Indelicato–that Dunphy was able to put employees who crossed Nguyen on no-fly lists, have those employees’ credit ruined, and was otherwise able to get those employees into other types of trouble.”

That’s bad enough, but the complaint adds that one day when this friend came into the office, gun fully visible, “Defendant Nguyen asked Steffens [an employee] if she had seen Dunphy with his Glock handgun. When Steffens answered affirmatively, Defendant Nguyen revealed to Steffens that Dunphy ‘was the guy I’m going to use to put Alyssa (Solomon) [an employee who brought to light potential financial improprieties] into federal prison.'”

But that’s just the most shocking of the claims in the suit. It’s far from the only one. The complaint alleges that Mr. Nguyen “hurled expletives at Color employees as a form of intimidation, telling an employee in a meeting with others that ‘I will fuck you in the ass, that’s the stupidest fucking idea I’ve ever heard.'” The complaint also claims that he once invited the entire team to listen in as he fired a sobbing employee over the phone.

The picture the complaint paints of the relationship between Mr. Witherspoon and Mr. Nguyen is the stuff of which mediocre literary novels are made. The supposed reason for the break between the two, whose families were once close enough to vacation together in Tahoe? A falling out between their elementary-school-age sons:

Nguyen told another cofounder of Color, former Chief Financial Officer Alyssa Solomon, that Witherspoon’s son was a “wimp” and “uncoordinated” and that Nguyen did not want his children to socialize with Witherspoon’s son.

Frankly, it’s starting to look like the most money anyone’s going to make off this company lies in selling the rights to a tell-all later optioned by the Coen Brothers. 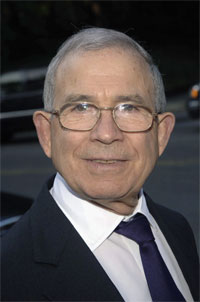