When Manhattan Borough President Scott Stringer announced his intention to run for City Comptroller this evening it may have made things easier for the 2013 mayoral candidates, but it created a tough race for another Democrat who is running for comptroller–Councilman Dan Garodnick. However, Mr. Garodnick’s campaign spokesman Dan Levitan released a statement saying Mr. Garodnick is ready for the fight.

“Dan Garodnick said when he announced his campaign for NYC comptroller that he was a candidate – regardless of the field. Nothing has happened to change that,” Mr. Levitan said. “Dan didn’t choose to run for comptroller because he thought it would be the easiest race. He chose to run for comptroller because it was the job that best suited his talents and experience–fluent with the city’s finances, trained at internal investigations and with the record of integrity the office needs.”

Sources with Mr. Garodnick’s campaign said they aren’t worried about Mr. Stringer’s campaign war chest, because they expect both candidates to max out under the city’s campaign finance laws. While Mr. Stringer is seen as having a strong base on the Upper West Side, they said Mr. Garodnick has strong Manhattan support as well in his East Side district and they are confident he will be able to “out-hustle Stringer, and any other candidates, in the outer boroughs.” 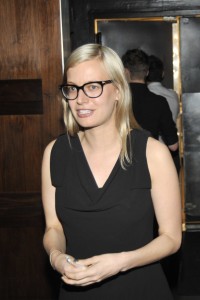