Many startups are able to work remotely with just a laptop and a working Internet connection–though good luck finding one right now. But for ecommerce companies focused on pushing products out into the real world, “just ship it” is taking on a whole new meaning. Between extensive power outages and three days without a functional subway, the disruption is likely to last through the week.

“Eccommerce companies are lucky since we don’t have physical stores–we can handle a break pretty easily,” said Gilt Groupe CEO Kevin Ryan. “We are a little bit like an airplane,” he added: “you can turn off the engine for a little bit and there is no problem–if you turn off the engine for a while it is a disaster, but a few days is not a big problem.”

That doesn’t mean recovering from Sandy has been painless, though.

Many of the companies we talked to didn’t have power, and they were preparing their customers for delivery delays.

JackThreads CEO Jason Ross reported that the company’s Soho HQ is closed, as they’ve got no power. Many employees don’t either, but they’re doing their best to work. Problems also stemmed from JackThreads’ facilities across the East River: “Our warehouse and photo studio in Brooklyn have been shut down the last two days which has delayed our sales calendar as we can’t receive merchandise, photograph merchandise or ship anything,” he told Betabeat via email.

Mr. Ross expects the warehouse and studio will be back up and running sometime today, offering any employees who can get there a place to work. He’s hoping the Soho office will be back online by Monday.

Bonobos’ offices at West 25th and 6th Avenue are also closed, as they don’t have power. “While Bonobos’ ‘free & fast’ shipping generally arrives in two-days, delivery delays are expected,” spokesperson  Kaitlyn Axelrod told Betabeat via email. Packages are getting out of their Massachusetts warehouse, they might take a few extra days to reach customers.

Meanwhile, Bonobos’ customer service staffers in New York City are working where they can, and the Palo Alto team has stepped up to support them. “Ninjas are available via phone, email and social media to help customers track packages and answer questions,” said Ms. Axelrod. The company’s stylish employees have even created their own Tumblr, chronicling work-from-home post-Sandy.

Birchbox, Rent the Runway, and AHALife are all dealing with delivery delays, as well. “There have been a lot of elements out of our control,” Rent the Runway CEO Jennifer Hyman told Betabeat.

Even for companies with working offices, it’s all hands on deck. BaubleBar’s Flatiron HQ didn’t even lose power or Internet–“not sure how we narrowly escaped that,” cofounder Daniella Yacobovsky told Betabeat via email. Yesterday, almost all of BaubleBar’s staffers made it into the office, trekking from four of the five boroughs.

“People who lived near one another carpooled in (most with 2 hour + commutes), lots of folks brought food for the team and everyone has collectively put down their work and come into operations to help QC and fulfill orders,” said Ms. Yacobovsky.

For the most part, companies seemed grateful the damage wasn’t worse. “We’ve gotten in touch with every member of the team and they’re all safe,” JackThreads’ Mr. Ross said, sounding upbeat. “Everyone has found a safe place where they are able to work diligently and stay positive and productive.”

While Gilt Groupe doesn’t have power in its main offices, the company’s Brooklyn outpost (typically used for photo shoots) should be up and running again today. Because their customer support and distribution centers are located outside New York City, Mr. Ryan expects delivery delays of no more than a few days, and since they shoot product photos almost a week in advance, they haven’t missed anything yet. “But one or two more days and it would have had an impact,” said Ryan.

As it is, the hurricane has “hardly impacted business.” They maybe lost 10 percent of sales for Monday and Tuesday, but overall they came out about even: “The bottom line is that some people had no electricity or phones so they obviously did not shop, some had mobile only and were bored so they shopped a little and some had both and were locked in their apartment and bored and they shopped a lot,” said Mr. Ryan.

“In general, we got off very lucky,” he said.

UPDATED: Gilt Groupe also tells us that, to help the affected areas get back on their feet, Gilt City NYC  will be donating 30 percent of profits from now through Sunday to the Red Cross’s hurricane relief efforts. AHALife will also donate 15 percent of sales from October 31 to November 4 to the disaster response organization Team Rubicon. 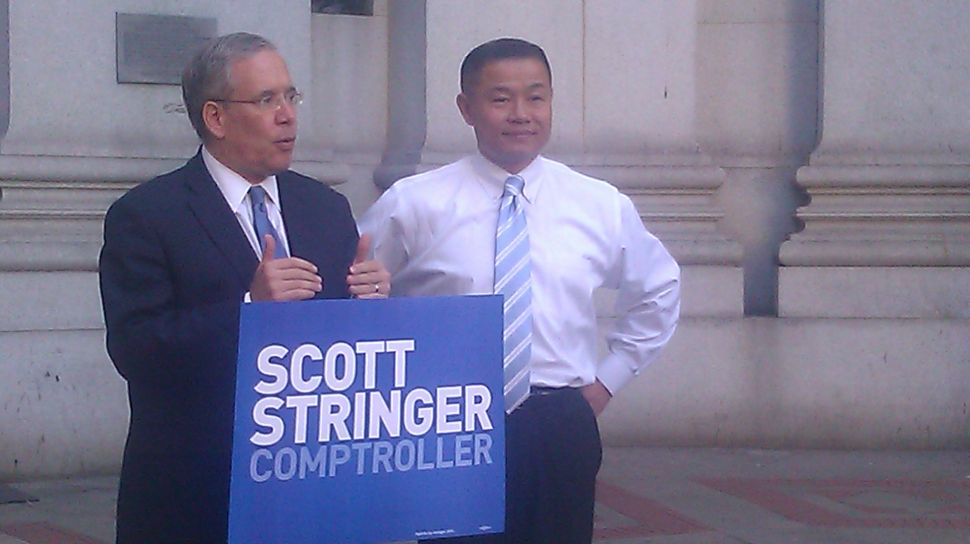