1. The episode’s title refers to Carrie’s metaphorical desire to fly off with Brody, Dana’s emotional flight from Brody, and Roya physically flying off … with Brody. It’s also what I thought that Nelly Furtado’s song “I’m Like a Bird” was called for a really, really long time. Using “I’m Like a Bird,” Lenny Kravitz’s “Fly Away,” and that Christian spiritual “I’ll Fly Away” sung by Gillian Welch and Alison Krauss on the Oh Brother, Where Art Thou? soundtrack for reference, pick out one line from each lyric to apply to Carrie, Dana, and Abu Nazir, respectively.

Carrie: “When the shadows of this life has gone” (“I’ll Fly Away.”)

This gospel song about yearning for heaven is actually based on a prison work song. And while Brody is the one facing actual prison bars here, Carrie shows us yet again in this episode just how helpless she is when it comes to him. She may have the excuse that she is protecting an important asset, but she is also waiting there in the dark, spying on the man she loves with another woman. Like Dana in this episode, even if she tells the truth, she’ll still feel like she is trapped in the shadows.

Pretty self-explanatory. I love that the writers keep finding ways of making Dana her father’s Jiminy Cricket. She tells the dead woman’s mother she wasn’t driving but she was in the car, and the woman replies that it’s the exact same thing. The real crime in a hit and run isn’t the hitting, it’s the running. Don’t you wish, just once, someone would answer one of Brody’s similar moral evasions with the same no-bullshit klaxon?

Nazir: “I’d fly above the trees / Over the seas in all degrees / To anywhere I please” (“Fly Away”).

Seriously, can this dude just go wherever he wants? He’s the most wanted man in the world, supposedly. Imagine if we ended up catching Bin Laden somewhere in the U.S. Impossible, right? But I guess the best surveillance equipment in the world is stymied when a guy shaves off his beard. Wait til they get Nazir a pair of Clark Kent glasses, he could probably walk right up to Estes and ask for a cigarette. Or a job.

2. An anti-pattern is a software/design/business term that applies to a pattern that is repeated as a norm, despite resulting in more negative effects than positive. In order to be an antipattern, a pattern must contain these two elements:
a) Some repeated pattern of action, process or structure that initially appears to be beneficial, but ultimately produces more bad consequences than beneficial results, and
b) An alternative solution exists that is clearly documented, proven in actual practice and repeatable.
Can you identify five antipatterns that the characters in Homeland acted upon this week?

3. Imagine that you are a parent and this is the first episode of Homeland. You only recorded it on your VHS because your teenaged child tells you that you “really should watch this show,” because it will “be right up your alley.” After watching “I’ll Fly Away,” what would you think your son or daughter was trying to tell you?

That I should get out of the Stone Age and get myself a DVR? Honestly, if this were the first episode of Homeland, even with the “previouslies,” I would have been totally lost. Without the background on Brody’s captivity, his involvement in the conspiracy and his getting caught, none of his or Carrie’s actions would make a lick of sense. He’d just be a squirrely cheating husband who neglects his daughter so he can play kinky spy games with his CIA girlfriend. I’d suspect my kid thought I was a depraved sicko who was ruining my family. Incidentally, my dad (like the rest of America) loves Homeland, and in his opinion, anyone who throws over Morena Baccarin for Claire Danes must be—to paraphrase Brody—even crazier than everyone thinks he is.

4. The first season saw Jessica changing hairstyles as often as a mood ring, and with the same purpose. Now that she’s settled on her “wife of a congressman ‘do,” we see Abu Nazir is back, sans his iconic beard. Combined with Saul’s subtle facial hair fluctuations per episode, develop a theory about the relationship between a character’s follicle choices and their emotional/mental state.

On the contrary, as the scene with the vaguely antisemitic warden last episode shows, hair here is mostly about how people want to present themselves. As with anyone who puts on a show for the public, this may be masking underlying issues: Jessica’s changing hair stopped after she gave her big public speech, i.e. both when she became a public figure and when she realized she was never going to be able to count on Brody. In this light, the purpose of Nazir’s beard-cutting is twofold: yes, he needed to avoid being seen, but more than that, he needed to convince Brody that he would do anything–including violating his own religious principles–for his cause. His bare chin is itself a rebuke, because that is how Nazir rolls. Roya shouts and threatens, but Nazir just looks at you like he’s disappointed and you fall in line. The show has finally pushed toward its logical conclusion: pitting Carrie’s manipulation of Brody (“If you’re a hero, maybe this will all go away”) against Nazir’s (“If you make this all go away, you’ll finally be a true hero.”)

5. They say craziness is defined by doing the same thing over and over again, expecting different results. Would that make Quinn, Saul, and David Estes more or less insane than Crazy Carrie, who can at least be counted on to do something original each week? Why or why not?

Maybe I’m the crazy one, because I persist in believing that the CIA knows what it is doing, in some larger sense. Despite Saul’s terrible grimace, female agents are, in fact, trained to use sex to keep assets in line. They may know that Carrie is lying about her feelings, but so far she has given them nothing but results. Quinn is crazy like a fox. When he says “make only one pass,” he knows Carrie will buck authority and go for it, because that is what he really wants. He also knows that his order may restrain her somewhat, not to mention giving him plausible deniability. As for Carrie, when Brody tells her she is crazier than everyone says, it is during one of the sanest moments she has yet had on the show. She is straight up playing off Brody’s emotions—his feelings for her, certainly, but even more for himself and his own heroic self-image—to get him back on track. Right now, she isn’t coming off as an insane person at all, just someone who knowingly fell in love with the wrong man. Brody, on the other hand, is finally about nine-tenths of the way to totally nutbar. 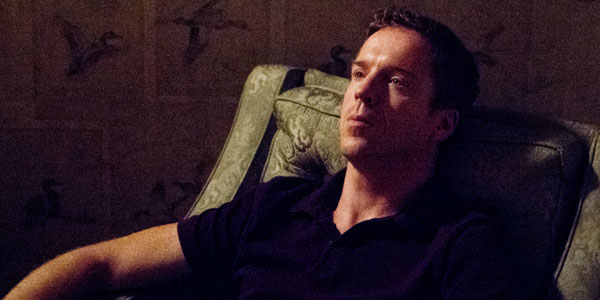