A former New Jersey Secretary of State says only a broad grassroots movement can accomplish what elected officials in the two parties have a vested interest in not making happen, namely greater protection of the sacred right to vote.

DeForest “Buster” Soaries, a former Republican who served as secretary of state under Gov. Christine Todd Whitman and as an appointee to the federal Election Assistance Commission (EAC), said the protection process in the country right now amounts to political theater.

“The two-party system is guilty of worse than failure here,” Soaries told PolitickerNJ.com. “They’re guilty of collusion. It’s more than failure, this is grand failure.”

Currently, there is no binding federal nonpartisan oversight that prevents partisan domination of elections from state to state.

“This is not a states’ rights issue,” he said. “This is a right to vote issue.

“These are two parties that drew the lines in New Jersey to assure the national parties that New Jersey wouldn’t be competitive,” Soaries added. “Our democracy is much more a paper document right now than living reality, and we have the audacity to go all over the world instructing people on their democratic processes.”

Short of a mass demonstration forcing the strengthened position of a nonpartisan federal oversight commission, Soaries said he doesn’t see anything happening.

“On Election Night, the president complained about long lines, but Obama hasn’t appointed one person to the EAC,” Soaries said of the commission created as part of the 2002 Help America Vote Act (HAVA) and on which he served from 2003-2005.

At a time of rigid partisanship, incumbents at least agree on one thing: stay away from doing anything that might weaken their all but cemented status as incumbents.

“There is probably greater bipartisan consensus around not doing anything about this more than there is about anything else,” said Soaries, pastor of the First Baptist Church of Lincoln Gardens in Franklin Township, and a registered independent having claimed membership in both the Republican and Democratic parties.

“Ninety-nine point nine percent of those elected assume the system can’t be that bad because the system produced them. Once they win that race, they nurse very few concerns about the system,” he added. “But as long as the management of voting is controlled completely by politics it becomes a circular reality, and we go from election to election.” 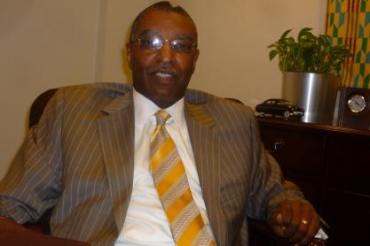