Checking In to the New Yelp Foursquare already set its sights on overtaking Yelp with the launch of its super useful local search engine. But its newest iOS update really goes for the jugular: Foursquare now gives locations a 1-10 rating to show you how much people actually like it, instead of the app’s old star rating system. Per the Foursquare blog, the rating is calculated by an amalgamation of “tips, likes, dislikes, popularity, loyalty, local expertise, and nearly 3 billion check-ins from over 25 million people worldwide.” Yelp is going to have to do better than Ernest Hemingway to keep up.

Do-Gooders Keep On Doing Good The New York tech community has banded together over the last week to help victims of Sandy. And now Rain NYC and TelAPI are co-sponsoring a hackathon in conjunction with the Node.js Knockout to build applications that will help future disaster relief efforts. It’s a 12 hour competition and teams will be responsible for building telephony applications that hopefully will improve communication or information dissemination when there’s limited electricity and power.

No App To Wash The Dishes Yet Though There’s a ton of recipe based apps and magazines for the iPad, but Panna, released this week, stands out because they feature recipes that you haven’t actually thought of before, plus their above average food porn really doesn’t hurt either. The bi-monthly magazine features a slew of celebrity chefs like Jonathan Waxman and Rick Bayless. These chefs host video segments that are broken up step-by-step and downloadable for offline streaming, which is good if your wifi doesn’t reach your kitchen. Individual issues will cost $5.99 each, and a full year’s subscription is $24.95. But there’s a launch special right now and a year’s subscription is only, $14.99.

More Brooklyn Please Downtown Brooklyn, DUMBO and the Brooklyn Navy Yard, are of course known as The Brooklyn Tech Triangle. They’re already getting a bus line of their very own, but now WXY Architecture + Urban Design are planning to help grow tech infiltrate the three neighborhoods to a greater degree. Andrew Kimball, president & CEO of The Brooklyn Navy Yard Development Corporation, says that he wants the Navy Yard to become a hub for “maker” companies like Makerbot. Brooklyn is the place to be right now and it’s about to get even busier.

Love Thy Favors NeighborFavor, a free app that was launched in August, helps you find people that live near you willing to help out with tasks. Although the app wasn’t designed for emergency purposes, the company says NeighborFavor can definitely be used for the Sandy relief efforts: like picking up emergency supplies for those in need, offering alternate transportation, and coordinating times to help with the cleanup.

Buy Pretty Things If you’ve ever flipped through a catalog and thought “I wish there was more things to buy for me,” then be glad that Pickie now exists. They’re a Techstars company and they raised one million dollars in their first seed round from DFJ Gotham, Betaworks, Liberty City Ventures, Bertelsmann Digital Media Investments, MESA+ and several angel investors including Jon Steinberg, David Tisch, and Lars Albright. The app shows you a catalog of products to buy based on what you like and what you’ve bought in the past. Sounds economically stimulating.

Buy More Pretty Things Mujjo, the tech accessories company that uses finest Dutch craftsmanship to make their products, just released a new line of sleeves for the new iPad Mini. They’re mad out of Mujjo’s signature wool and “vegetable tan leather.” A Mujjo case (with a mini inside) just shot to the top of our Hannukah list.

People Use Phones When They Don’t Have Computers Usablenet, the company that makes mobile sites for big businesses, experienced huge traffic jumps on their sites during Hurricane Sandy. They reported a 98 percent increase in mobile traffic to airline sites and an over 16,000 percent increase in traffic to utilities sites. Usablenet says that this suggests that while consumers may not visit utility websites from their mobile devices on a regular basis, they do so in great numbers during an emergency.

Villain No More Time Warner Cable, the scourge of New York cord-keepers, was surprisingly helpful during last week’s storm. Workers at Time Warner’s Red Hook store helped a woman restore power to her electric wheelchair in order to vote. Robert Levy, a Time Warner employee, took the store’s generator to Kacania Taylor’s apartment, which has been out since Hurricane Sandy. Levy and other employees ran an extension cord through the window, and charged her chair so that she could get to the polling place. Can we send our $150 cable bill to Mr. Levy instead of TWC? 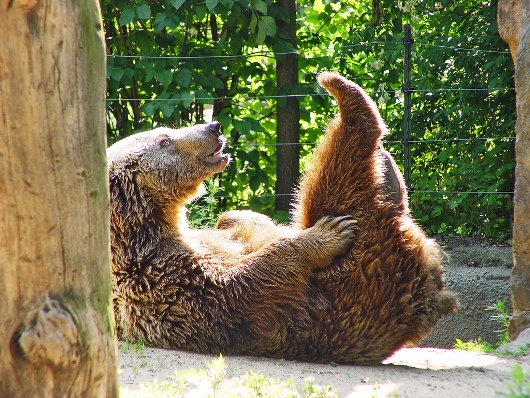