In spite of her training in military intelligence and West Point education, David Petraeus’s biographer and mistress Paula Broadwell apparently never learned about tracing data embedded in emails. That’s what ultimately brought the F.B.I. to Ms. Broadwell’s door and led to the ugly unveiling last Friday of her affair with the former general and CIA director.

The affair began to unravel after the Florida woman, Jill Kelley, contacted an FBI friend after receiving threatening and harassing e-mails from an anonymous person who accused her of flirting with a man who was not identified in the e-mails. Kelley is a volunteer social planner for events at MacDill Air Force Base in Tampa, Florida, which is home to the military’s Central Command. Petraeus was commander of CENTCOM from 2008 to 2010, when he left to take his position as head of the CIA.

There were as many as ten threatening emails. They warned Ms. Kelley away from Mr. Petraeus, though the writer never actually mentioned the former four-star general’s name. Data in the email headers–likely IP addresses as well as other traffic data–eventually revealed the anonymous sender’s location in North Carolina, where Ms. Broadwell lives with her husband, Scott.

Focusing on Ms. Broadwell, Wired reports investigators began watching her online correspondence, which is how they uncovered her affair with Mr. Petraeus.

It’s no wonder, as the Washington Post reported Monday, that Mr. Petraeus viewed email as a fundamental form of communication and used it to stay in regular contact with staff, as well as the media. After taking the position at the CIA, the Post reports Mr. Petraeus even “proudly announced that he was the first CIA director to install an open Internet connection in his office.”

Considering he was the top dog at the premiere intelligence agency in the world, maybe Mr. Petraeus could have learned a lesson from Department of Homeland Security Secretary Janet Napolitano, who in September proudly admitted to CNN that she doesn’t have any kind of online presence. “Some would call me a Luddite but you know,” Secretary Napolitano told CNN, “But that’s my own personal choice and I’m very unique in that regard, I suspect.” 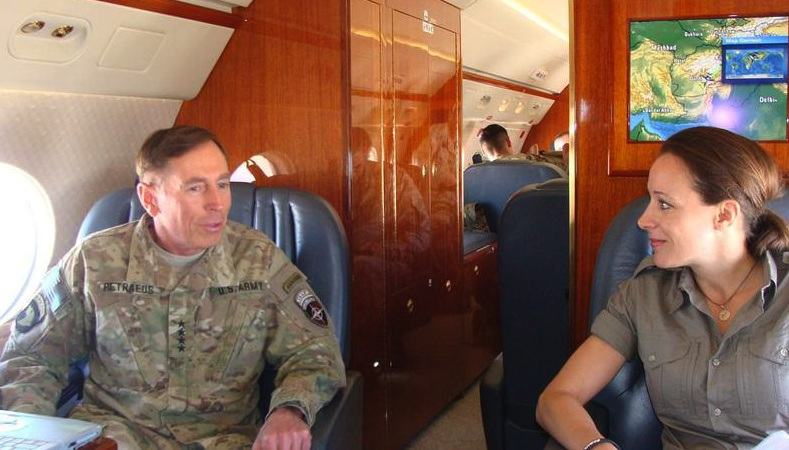