Last week, startups across New York City galvanized to help support the victims of Hurricane Sandy, establishing coworking spaces, volunteer groups and easy ways for users to donate to recovery efforts. But it’s a new week, one where the subways are mostly running normally and many across the city have their electricity back. As the sense of helplessness brought by Sandy fades, the internet’s penchant for irony and offensive jokes has come roaring back. The first (and undoubtedly not the last) company to fall into this tasteless trap? New York-based daily email service Thrillist.

In a recommendation for Fletcher’s Brooklyn Barbeque sent out via email to its New York subscribers today, Thrillist included this delightful description:

Considering that Mayor Bloomberg announced yesterday that 40,000 New Yorkers were rendered homeless by Sandy, the joke falls a little flat.

Some Twitter users were upset with Thrillist’s choice of language:

The offending copy appears to have been replaced on Thrillist’s website with something a little more PC.

“Yeah, we’re a little embarrassed by that actually — we’re always trying to toe the line of edgy humor and we pretty quickly realized we’d actually gone over the cliff with those jokes,” Thrillist cofounder and editor in chief Adam Rich told Betabeat. “Contrary to what our tone might have suggested, we are taking this storm very seriously (most of our own employees have been impacted in one way or another) and we’re actually in the process of planning a clothing drive through JackThreads to do our part in helping out the relief effort.” 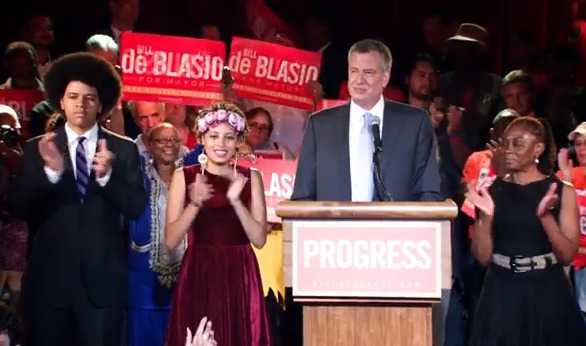