As Hamilton Township prepares to regroup after the stunning fall of Republican Mayor John Bencivengo, convicted Tuesday on corruption charges, the mayoral succession is already in play.

Bencivengo resigned effective today and Council President Kevin Meara will assume the role in the short term.  On Nov. 29, the township Republican Committee will meet to choose three names to pass along to the Republican-controlled council.  The council will choose from among the three.

As of now, the committee’s job may be an easy one as township Republicans say only three names have so far surfaced for the seat that Bencivengo’s successor will hold until November  2013, when the township will hold a special election to fill the final two years of the former mayor’s term.

Republican Councilwoman Kelly Yaede is likely the front-runner for the post and according to Republicans has expressed her interest.

Former 14th District Republican State Sen. Pete Inverso’s name also has surfaced as a potential successor to Bencivengo, who is facing up to 20 years of jail time for accepting a bribe from a local insurance broker in exchange for help maintaining a contract with the Hamilton School Board.

Republican Councilman Ed Gore also has been rumored to be interested in the spot.

Both Inverso and Gore say they have not yet expressed interest with the committee.

“I’m flattered and I feel honored that people think I have the qualities that can provide the restoration of the confidence of the people in government,” Inverso said. “But I haven’t spoken to anyone about it yet.”

Inverso, who served five terms in the state Senate before retiring in 2008, stressed that though he has announced his retirement as CEO of Roma Bank effective next year, the board has not yet found a replacement.

“My first obligation is here, though no one has spoken to me.  I don’t know what scenarios there may be or options there may be,” he said.

Gore, a local attorney, has served on the council since April 2010, when he was appointed to replace former Councilman Tom Goodwin, who filled the Senate seat vacated by Bill Baroni.  In November of that year, he won a special election to fill the remainder of Goodwin’s term.

Gore also said he has not yet thrown his name in the ring but said if he were chosen by his fellow council representatives “I’d be honored to serve.”

Yaede has served on the council since 2006 and is immensely popular with voters.  She has been mentioned as a possible Senate or Assembly candidate in the 14th, which was traditionally split between the parties but is currently represented by three Democrats in the state Legislature.

In July, Yaede, a protégé of Inverso’s, left her job with the American Cancer Society to join Roma Bank as vice president of community relations.  Mayor of Hamilton is a full-time position paying $108,000 per year, so Yaede would need to step down from her new position.

Yaede did not return a call for comment, but Councilman Dave Kenny, who will be among the five members to choose the township’s future leader, said Yaede would make a fine mayor.

“I’m one of the people that gets to decide and I think Kelly would make an outstanding mayor,” Kenny said. 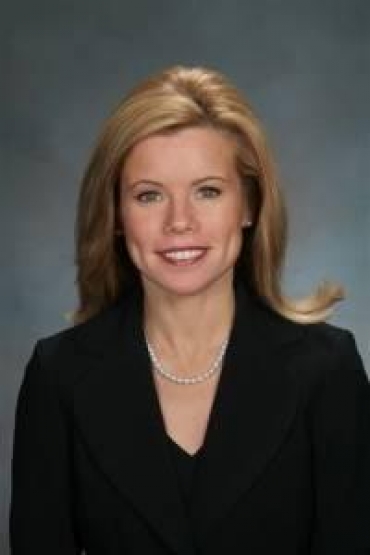