New York State started off as a key battleground in the Democrats’ battle to retake control of the U.S. House, especially after the courts intervened in the redistricting plan and shook up a lot of traditional boundaries. However, most of these races were focused in areas further Upstate and the suburbs, leaving the heavily Democratic New York City with just two congressional elections of note.

In Queens, Democratic Assemblywoman Grace Meng faced off against GOP Councilman Dan Halloran for a seat crafted from the district remnants of outgoing Congressmen Bob Turner and Gary Ackerman. Despite Mr. Halloran’s polling showing the race a tie, those numbers did not pan out and Ms. Meng is currently ahead by roughly 2-to-1, which matches how Democrats have historically performed within the area.

In a more hotly contested race spanning Staten Island and southern Brooklyn, Republican Congressman Michael Grimm successfully defeated Democrat Mark Murphy, according to multiple projections. Democrats were initially hopeful that a barrage of bad headlines, notably an FBI investigation into Mr. Grimm’s fundraising during his 2010 congressional campaign, would shift things in their favor. However, Mr. Grimm was an energetic legislator and an aggressive campaigner, resulting in an electorate apparently unwilling to indict him based on headlines alone.

Elsewhere in the state, endangered Democrats Tim Bishop and Bill Owens have both won as well, but Rep. Kathy Hochul, occupying staunchly conservative territory in Western New York, is narrowly trailing GOP challenger Chris Collins. In the Hudson Valley, Republican Congressman Chris Gibson has a modest lead over Julian Schreibman, while Mr. Gibson’s GOP colleague, Nan Hayworth, is currently trailing her Democratic challenger Sean Patrick Maloney. Seats in Rochester and Syracuse have already been called for Democrats Louise Slaughter and Dan Maffei respectively, with Mr. Maffei’s being a pickup for his party. 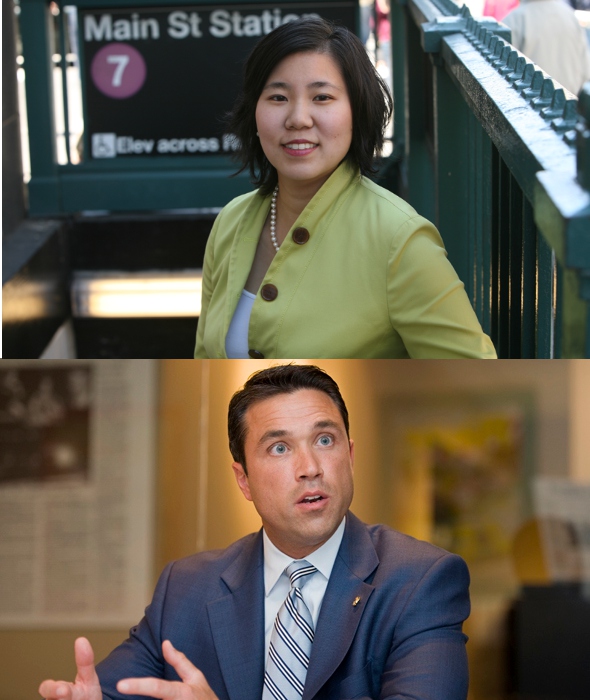