With Armory Week less than four months away, Independent, which runs concurrently to the Armory Show and has billed itself as a “temporary exhibition forum” rather than an art fair, announced the 46 galleries that will offer work in its fourth edition. The show once again takes place at the former Dia:Chelsea building, 548 West 22nd Street in Chelsea.

According to a statement from Independent, this year’s edition “will be dedicated to the nonprofit institutions in New York that were hit hardest by Hurricane Sandy. Chelsea-based organizations the Kitchen and Printed Matter will participate for the first time at Independent presenting their programs.” Another new development: a curatorial jury will award one participant a new $10,000 award called the Privatus Prize. 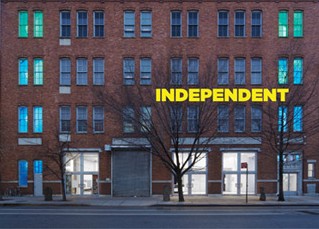